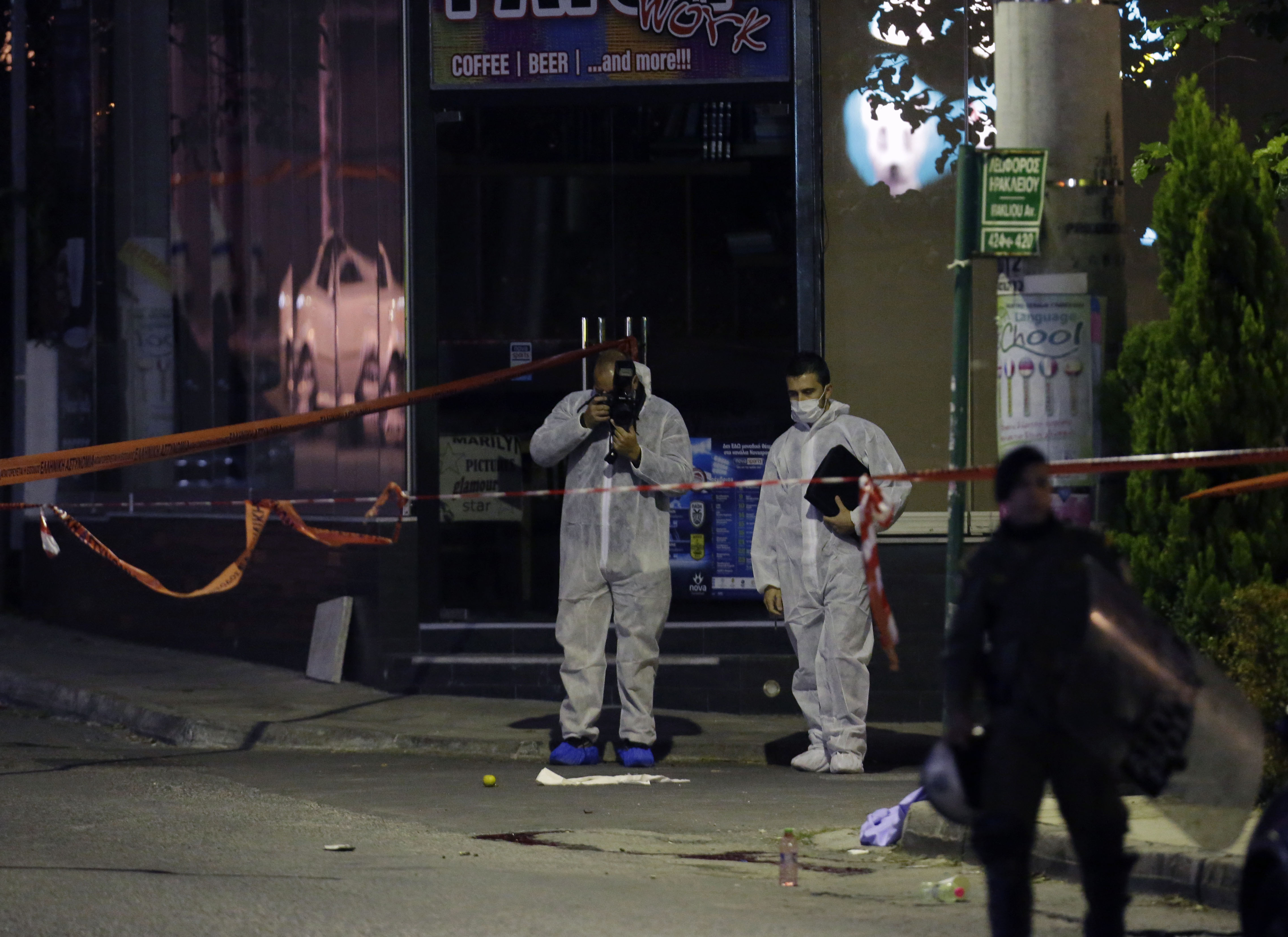 ATHENS, Greece A drive-by shooting killed two members of Greece's Nazi-inspired Golden Dawn party and wounded one outside a party office in Athens on Friday night, in what officials are treating as a likely far-left domestic terrorist attack.

The government and opposition parties quickly condemned the attack, which the left-wing main opposition Syriza said "targets democracy" in Greece.

"A man got off a motorcycle wearing a helmet and shot them," he said, adding the attack was captured on a security camera at the party office in Athens' Neo Iraklio suburb.

A third man, aged 29, was taken to hospital with severe gunshot wounds.

The shooting occurred amid a government crackdown on Golden Dawn following the Sept. 17 fatal stabbing of an anti-fascist musician in Athens. A Golden Dawn supporter has been arrested and charged with murder. The party's leader and two of its lawmakers have been jailed pending trial on charges of forming a criminal group. The party has denied any wrongdoing.

Golden Dawn, which rose from obscurity during Greece's financial crisis, won 18 of Parliament's 300 seats in last year's elections and is now polling as the recession-plagued nation's third most popular political party.

Police said no arrests were made and the counterterrorism squad has taken over the investigation. There has been no claim of responsibility, but Greece still has active far-left and anarchist extremist groups that have claimed a string of shootings and bombings that killed two policemen and a journalist.

"We are examining every possibility, but the indications are that it is a terrorist attack," a police official said on condition of anonymity because he wasn't authorized to be quoted publicly.

A Golden Dawn statement also blamed the shooting on terrorists.

"The criminals wanted to execute anybody outside the party offices," the statement posted on Golden Dawn's website said. "Before they drove off, the terrorists shot again at the boys lying on the ground. They literally emptied their weapons on them."

Public Order Minister Nikos Dendias expressed "distress" at the fatal shooting of the two young men Friday. "We will not allow the country to become a ground for the settling of accounts, for whatever reason," he said.

Germenis said the violence occurred right after police stopped protecting the office where the attack occurred.

"The government stripped us naked so that we can be killed," he told the AP. "We had received threats at that office, and we informed the local police station. They had plainclothes police outside the office every day until today."

Golden Dawn is a nationalist group with neo-Nazi roots and a barely-concealed fondness for Nazi symbolism, literature and anthems. But it strongly denies the neo-Nazi label, highlighting its nationalist and anti-immigrant agenda in a country that has for years faced waves of illegal immigration.