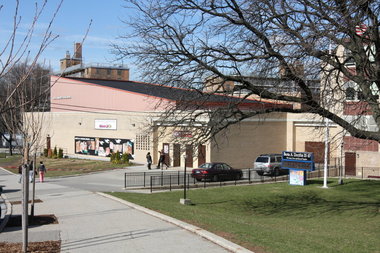 NEW YORK - A 13-year-old girl has been arrested on hate crime charges and is accused of helping bully and attack a Muslim girl at their New York City school.

The girl is being charged as a juvenile, along with a 12-year-old boy who was arrested last week. She is charged with third-degree assault as a hate crime and attempted robbery. She is due in Family Court Tuesday.

Authorities say the two bullied and tormented a 13-year-old Muslim girl at the Staten Island school, calling her a "terrorist" and trying to steal from her.

The boy is a sixth grader at the Dreyfus Intermediate School in Stapleton, CBS-2 in New York reports.

They say the abuse culminated with the two trying to rip off her head scarf. The girl suffered minor injuries.

The father of the boy accused in the attack has said his son is also a Muslim.

Carol D'Auria of 1010 WINS spoke to the victim, who said the first attack against her was in January and detailed the incident.

"When I came up to the school, they just pushed me in the snow and I was in the snow. And like they started to kick me and I said I'm a Muslim," she said.

The victim told D'Auria that in recent weeks she has felt "scared" after the same 12-year-old boy reminded her of the first incident, saying "Remember I jumped you."