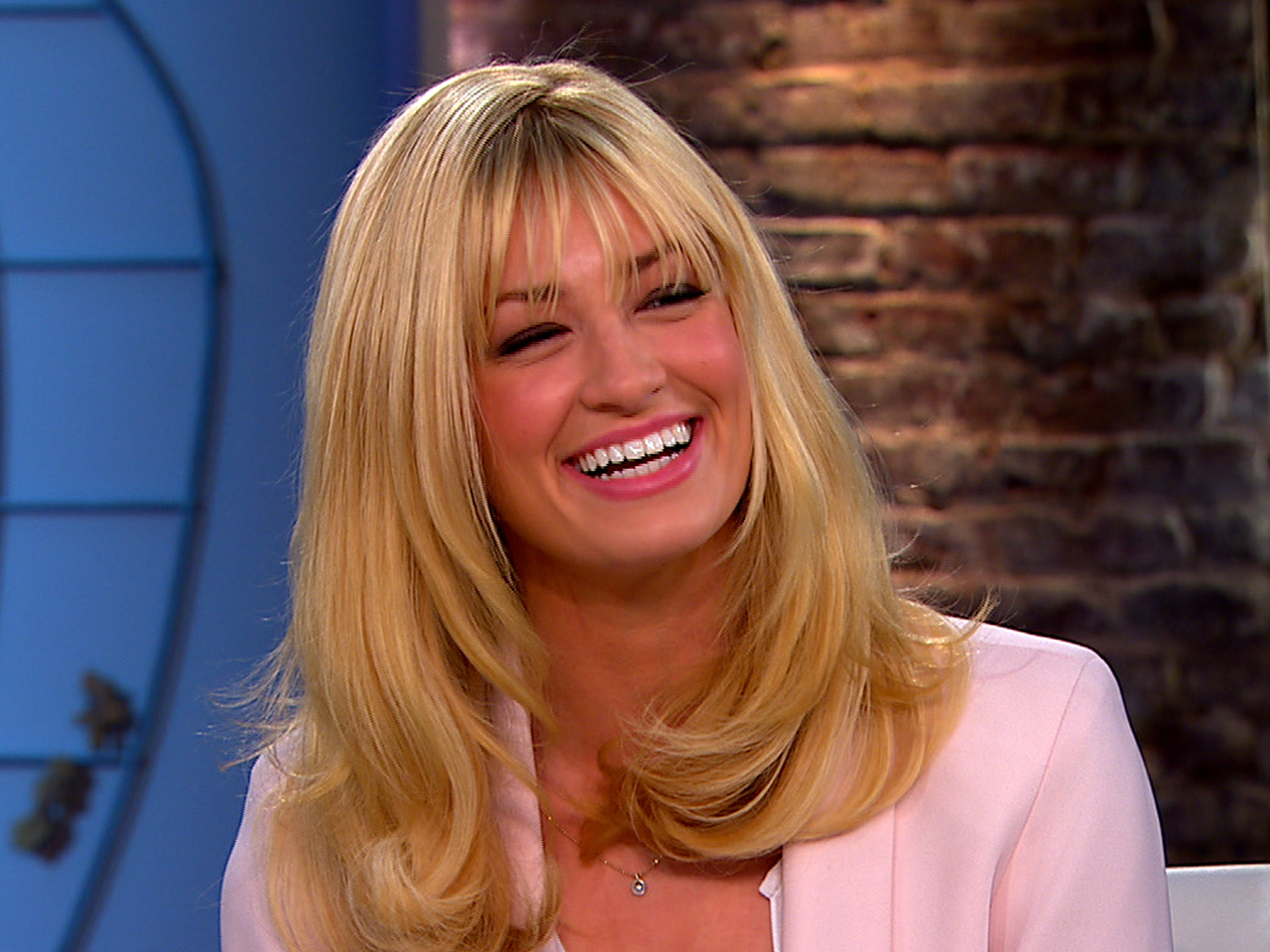 (CBS News) The hit CBS series "2 Broke Girls" follows a couple of struggling waitresses, played by Beth Behrs and Kat Dennings, who are trying to launch a cupcake business.

This Monday, in its first season finale, a surprise guest is added to the mix: Martha Stewart.

Beth Behrs, one-half of that comedy duo, said she was told she seemed nervous beside the home design maven. Behrs said on "CBS This Morning," "(Show creator) Michael Patrick King said it was the first time when he seen me at a table read ever shy away from the dirty stuff. Like my face would get red and nervous sitting next to her because I felt so embarrassed and like we had to be very proper. But she's hilarious.

"Her comedic timing blew me away," Behrs said. "She was funny. I was quite impressed."

For more with Behrs on the series and criticisms of what some call raunchy content, watch the video in the player above. CBS News Correspondent Mo Rocca, who recently profiled the show, joined Behrs on the broadcast.