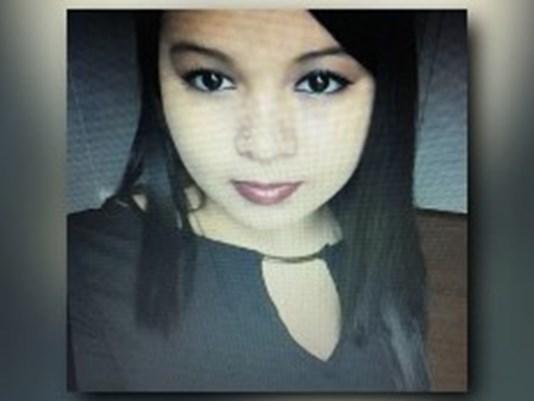 GAITHERSBURG, Md. -- Police in Maryland are looking for a missing 18-year-old girl who they say is the cousin of Damaris Alexandra Reyes Rivas, the 15-year-old who was killed in an alleged gang-related murder, CBS affiliate WUSA9 reports.

Family and friends told police they have not been able to contact Angelica and are concerned. Police believe she may be in the New Jersey area. Barahona-Rivas is about five feet, three inches tall and 150 pounds and was last seen wearing a tan shirt, tan skirt, a gray jacket and black boots. She was also seen carrying a pink purse.

Reyes Rivas, her cousin, also of Gaithersburg, Md., was found dead Feb. 11 in a Springfield, Va. industrial park. Police said they believed she was held against her will, taken to the park and then assaulted and killed on or around Jan. 8, according to WUSA9.

10 young people between ages 15 and 21 are facing charges in connection with the death, according to the Washington Post-- five of those are charged with murder. The teen reportedly died of multiple forms of trauma to her upper body.

The search comes around the time that police have made arrests in the murder of 21-year-old Christian Alexander Sosa Rivas of Fairfax, Virginia. Police say the murder is related to Reyes Rivas’s killing. Sosa Rivas was found on the banks of the Potomac River last month.

Police charged three males ranging in age 17 to 24 with Sosa Rivas’s murder. Two women, ages 18 and 19, face lesser charges of conspiracy to commit a felony in connection with the slaying, the Associated Press reported.

The slaying is reportedly believed to be linked to the MS-13 street gang. Police in Fairfax County have said they think Reyes Rivas’ killing was also linked to a gang, but did not specify which one. Her mother told the Washington Post the girl had been involved with MS-13.