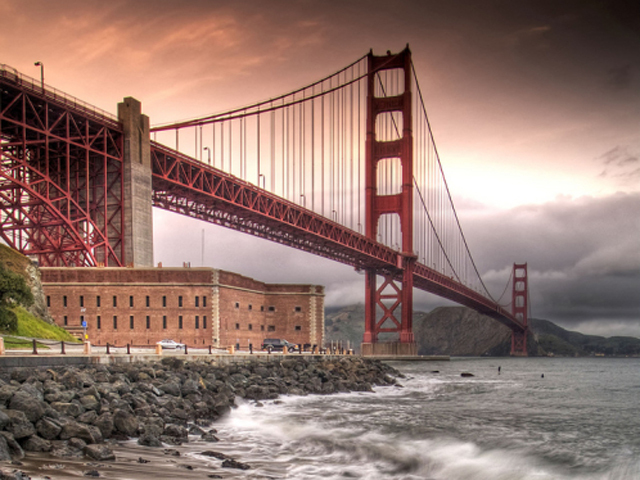 The Fire Department and the U.S. Coast Guard say the girl was in the water for 20 minutes Sunday before being pulled to safety conscious and responsive.

She was transported to Marin General Hospital but her condition wasn't immediately available.

The San Francisco Chronicle reports that it's not known if the girl jumped or fell.

Officials say about 25 people per year die in jumps from the bridge, roughly 200 feet above the water.

In March, a 17-year-old boy survived after leaping from the bridge. Officials don't believe it was a suicide attempt.

Large bridges across America are magnets for the mentally ill looking to end their lives. Officials in the San Francisco bay area in particular struggle with this, as the Golden Gate Bridge is well-known for seeing dozens of jumpers a year. In 2010, 32 people leapt to their death there, reports the Chronicle. Thirty-one people committed suicide from the span in 2009, and 34 died there in 2008.

The Golden Gate Bridge, Highway and Transportation District has been trying to raise $50 million for construction of a suicide barrier since 2008, reports the Chronicle.