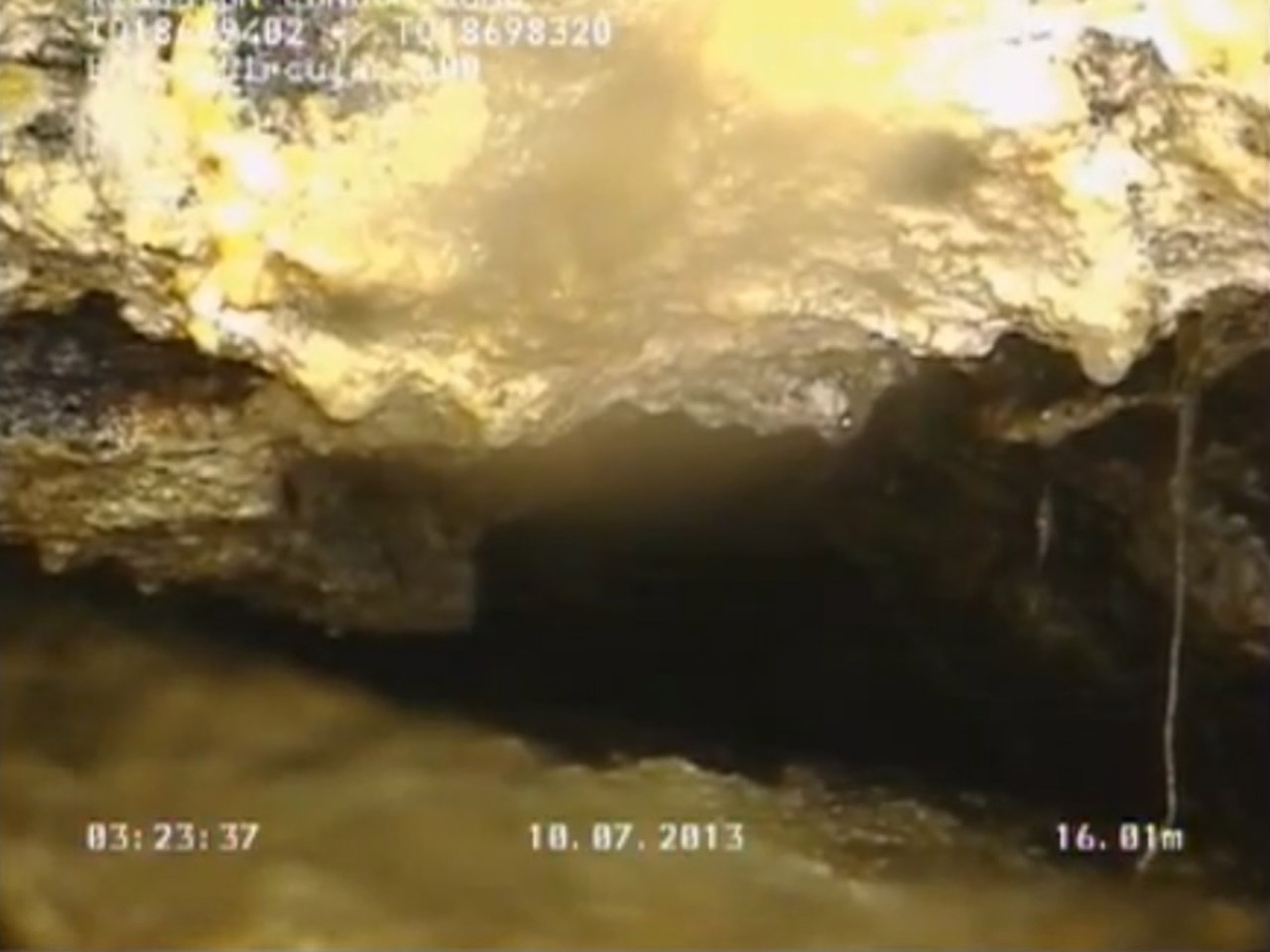 LONDON It may have looked like an iceberg, but there was nothing cool about it.

Utility company Thames Water said it removed what it's calling the biggest "fatberg" ever recorded in Britain — a 15-ton blob of congealed fat and baby wipes the size of a bus lodged in a sewer drain.

Thames Water said the mound of "wrongly flushed festering food fat mixed with wet wipes" was found under a road in the London suburb of Kingston.

If you're not about to eat, you can see video of the fatberg shot by Thames Water and contractor County Clean at left.

Last week, an unlucky team of staff had to descend into the fetid tunnel and "blast" the lard and wipes out of the tunnel with high-powered water jets, Thames Water told CBSNews.com. Some larger chunks were removed for processing at sewage treatment plants.

Thames Water was continuing work to repair the sewage tunnel infrastructure, which was damaged by the massive clog.

"While we've removed greater volumes of fat from under central London in the past, we've never seen a single, congealed lump of lard this big clogging our sewers before," Gordon Hailwood, waste contracts supervisor for the company, said in a statement.

"Given we've got the biggest sewers and this is the biggest 'fatberg' we've encountered, we reckon it has to be the biggest such berg in British history.

"The sewer was almost completely clogged with over 15 tons of fat. If we hadn't discovered it in time, raw sewage could have started spurting out of manholes across the whole of Kingston.

"It was so big it damaged the sewer and repairs will take up to six weeks."

Thames Water deals with fatbergs all the time. But the company said Tuesday it was sharing news of the massive lard lump in hopes that customers will think twice about what they dump down the drain.

The company said untreated fatbergs cause flooding and backups.