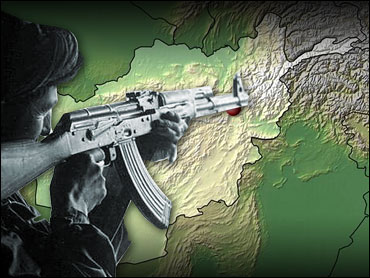 Between six and eight vehicles with USPI - US Protection and Investigations - were guarding a convoy of fuel tankers when the Taliban attacked early Tuesday, said Farah Gov. Muhaidin Baluch.

Fifteen USPI guards were killed and five were wounded, Baluch said. One fuel tanker was set on fire and the militants stole one of USPI's vehicles, he said.

An employee with USPI said he did not immediately have any information to release.

Baluch said the tankers were traveling from the western city of Herat to a military outpost in Lashkar Gah, the provincial capital of Helmand province, the region that has seen the heaviest fighting in Afghanistan this year.

USPI is a Texas-based security company with thousands of employees in Afghanistan, mostly Afghan men hired to guard convoys and buildings.

More than 6,300 people, mostly militants, have been killed in insurgency related violence in Afghanistan this year, according to an Associated Press count based on official figures. The country has also seen a record number of suicide bomb attacks - more than 140 - in 2007, the official said.
By Amir Shah