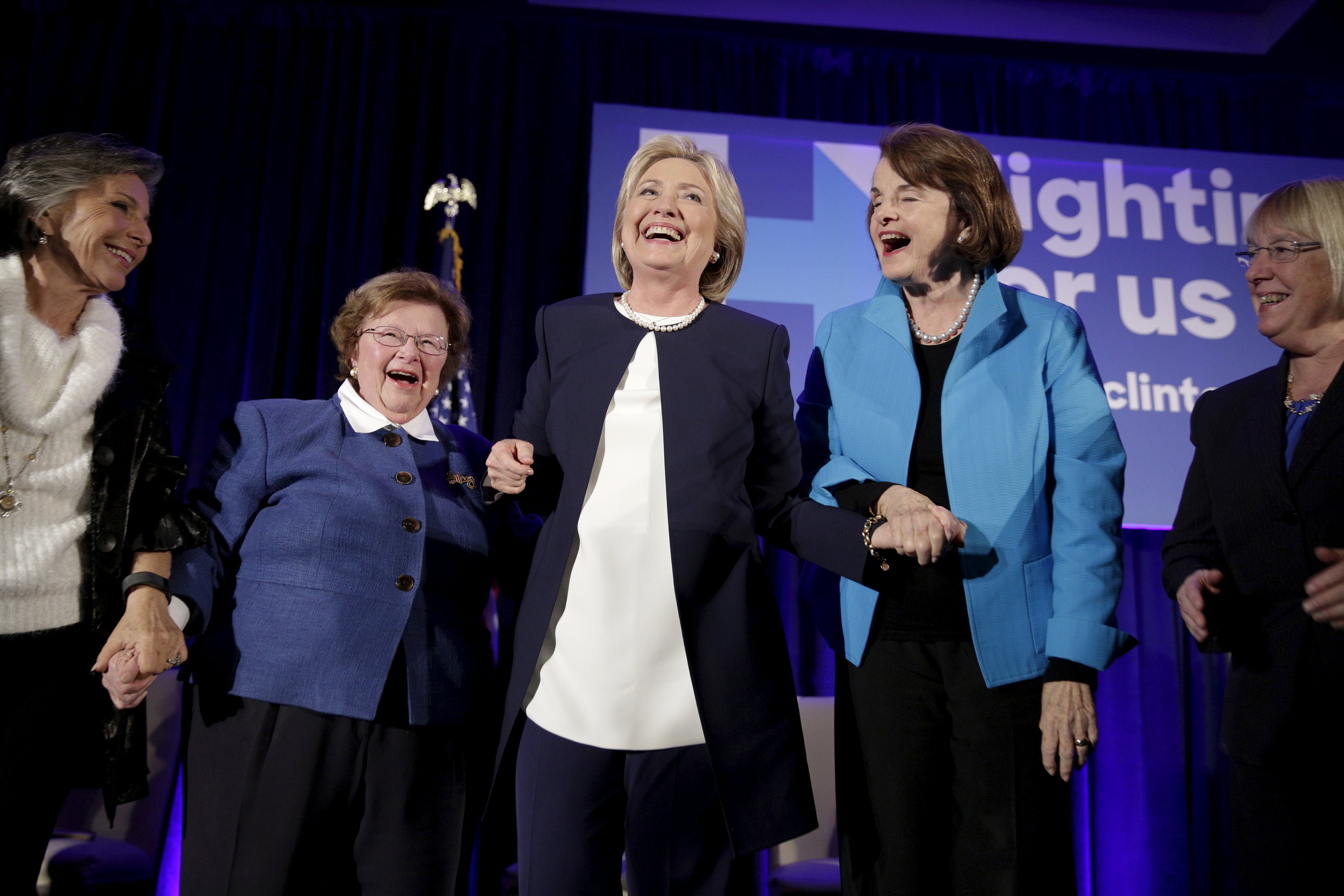 Thirteen Democratic women senators stood on stage at a fundraiser Monday night to rally for Hillary Clinton, but there was one noticeable absence.

Sen. Elizabeth Warren, D-Mass., did not attend the "Women for Hillary" fundraiser at the Hyatt Regency on Capitol Hill because she has not yet endorsed a presidential candidate.

In 2013, Warren and the rest of the group of Democratic women senators signed onto a letter urging Clinton to launch a presidential bid.

"We promised Hillary that if she took up this challenge...we would be with her, we would be behind her, we would do everything we could to make sure Hillary Clinton would be the first woman president of the United States of America," Sen. Heidi Heitkamp, D-North Dakota.

Although she signed the letter, Warren has not rallied for Clinton as her Senate colleagues have during the race.

Sen. Dianne Feinstein, D-California, praised Clinton's energy and "staying power" on Monday night and referred to Clinton's testimony in October before the House Select Committee on Benghazi that lasted for 11 hours.

"You saw Donald Trump say, 'Well the next debate shouldn't be 3 hours, maybe just an hour. Three hours is too long.' Anyone who's been in one of those hearing rooms knows what sitting there for 11 hours and going through a grilling is like," Feinstein said.

Clinton, who served with many of the 13 women as a senator from New York from 2001 to 2009, applauded the group Monday, saying Sen. Barbara Mikulski, D-Maryland, "made it possible for someone like me to wear pants on the Senate floor."

Clinton didn't serve with Warren, who was elected to the Senate in 2012, previously headed the Consumer Financial Protection Bureau and worked as a Harvard Law School professor teaching bankruptcy law.

Warren has been a vocal proponent during the race of college affordability and tougher regulations on Wall Street. Clinton, meanwhile, has tried to cast herself as not being too close to the financial sector.

In September, Warren was asked by The Boston Globe whether she planned to endorse a Democrat in the primary field.

"Right now that's not where we are," Warren said. "I imagine that's what I'll do."