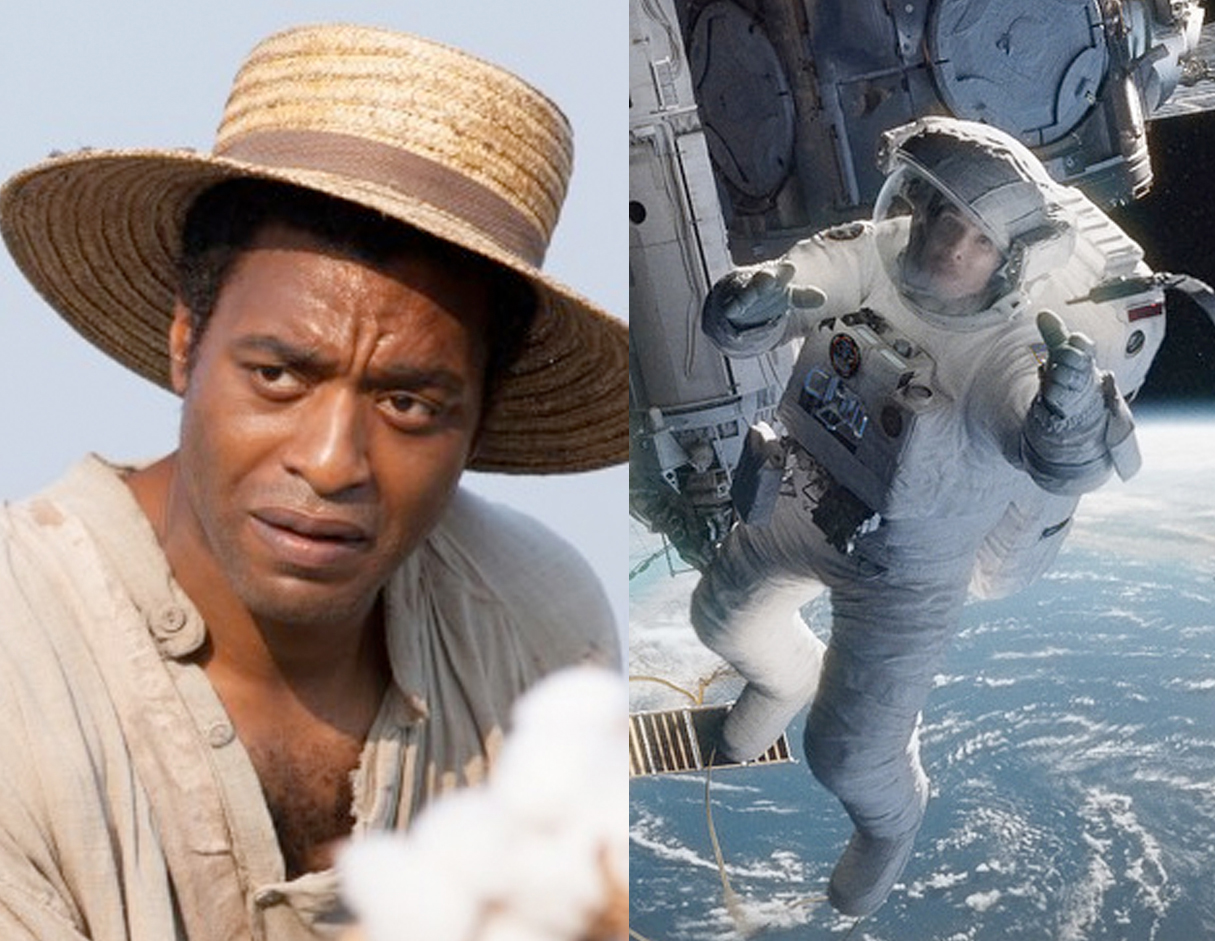 Ejiofor thanked director Steve McQueen for bringing to the screen the true story of a free black man kidnapped into servitude in the 19th-century American South.

Holding the trophy, he told McQueen: "This is yours. I'm going to keep it - that's the kind of guy I am - but it's yours."The best-actress prize went to Cate Blanchett for her turn as a socialite on the slide in "Blue Jasmine." She dedicated the award to actor Philip Seymour Hoffman, who died this month.

Alfonso Cuaron was named best director for "Gravity" - one of a clutch of prizes for the sci-fi thriller.

"Gravity" was also named best British movie and scooped up prizes for sound and music.

The supporting actor prize went to Barkhad Abdi, who made an explosive screen debut as a Somali pirate in "Captain Phillips," while Jennifer Lawrence was named best supporting actress for "American Hustle."

"American Hustle" also won the hair and makeup prize for its spectacular '70s stylings, while the "The Great Gatsby" - little-rewarded so far this awards season - took trophies for costumes and production design.

The temperature in London was hardly Hollywood, but Britain's fickle weather relented ahead of Sunday's ceremony. The sun shone as nominees including "Wolf of Wall Street" star Leonardo DiCaprio and "12 Years a Slave" performer Lupita Nyong'o- striking in a green Dior gown - walked the red carpet outside London's Royal Opera House.

There was royalty of the Hollywood kind - Brad Pitt and Angelina Jolie, wearing matching tuxedos. And there was British royalty, too, in the form of Prince William, honorary president of the film academy.

In the past few years, the prizes, known as BAFTAs, have helped underdog films, including "Slumdog Millionaire," ''The King's Speech" and "The Artist," gain Oscars momentum. This year, bookmakers have made "12 Years a Slave," which has a British director and a British star, Chiwetel Ejiofor, favorite to take home the best picture and best actor trophies.

Director McQueen said he was "so proud" to be nominated for awards in his home town, London. And he paid tribute to Pitt, a producer on "12 Years," for helping to get the film's uncompromising vision of slavery onscreen.

"If you're trying to make a movie like this, you need some heavy backers," McQueen said. He said slavery "happened because of mental violence and physical violence. One has to be honest and truthful."

The BAFTAs have become an essential stop for many Hollywood stars ahead of the Academy Awards, held this year on March 2.

Nominees Bradley Cooper, Matt Damon, Cate Blanchett, Judi Dench and Sandra Bullock were among those attending Sunday's black-tie ceremony.The documentary prize went to "The Act of Killing," a powerful look at hundreds of thousands of killings carried out in 1960s Indonesia in the name of fighting communism by death squads that went unpunished. Director Joshua Oppenheimer dedicated the award to his Indonesian co-director and crew, all of whom had to work anonymously because of the threat to their lives in tackling the taboo topic.

Helen Mirren received the British Academy Fellowship in honor of a career that has ranged from a hard-nosed detective in TV series "Prime Suspect" to Queen Elizabeth II in "The Queen."

Mirren, who won a best-actress Oscar for "The Queen," said she had never expected to get the honor, whose previous recipients include Charlie Chaplin, Alfred Hitchcock, Elizabeth Taylor and Judi Dench.

"I always imagined myself as a bit of an outsider, really, sort of the naughty girl," Mirren said.