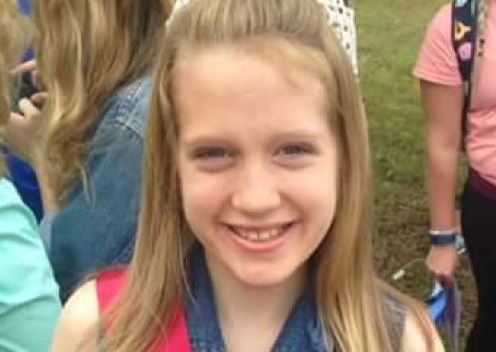 The Beaufort Gazette reports Hannah Collins died at 10:20 p.m. Friday, according to a statement from her family.

The statement said, "Hannah loved life, her family and friends and, although this is not the outcome we wished for, our sweet girl has joined the angels..."

South Carolina health officials confirmed Tuesday that someone had been exposed to Naegleria fowleri, a one-celled organism that can cause primary amebic meningoencephalitis.

Health officials didn't identify the patient, saying it appears the individual was exposed to the amoeba while swimming July 24 in the Edisto River in Charleston County, South Carolina.

The organism, which is naturally present in warm fresh water, can be fatal if forced up the nose.

The little girl's father said on a Sunday in late July, he took his family to Martin's Landing on the Edisto River. There, he said Hannah enjoyed repeatedly jumping into the waters using a rope swing. He called her his "river rat," CBS affiliate WCSC reported.

Jeff Collins, Hannah's father, is grieving her loss from the Beaufort County jail.

Just before Hannah got sick, Collins was picked up in Colleton County for an unpaid traffic violation. He thanks the Colleton County sheriff for taking him from jail on Thursday to the Medical University of South Carolina see his daughter one final time.

Hannah was gravely ill and died the following evening.

He told WCSC he is heartbroken and wants to help plan his daughter's funeral. Collins said he has been held behind bars for unpaid child support. Late Sunday, a spokesperson for Hannah's mother said she plans to try to have the charge against Jeff Collins cleared in family court on Monday morning.

He told WCSC he is scared to miss the services for his daughter.

"I missed the passing of my daughter," he said.