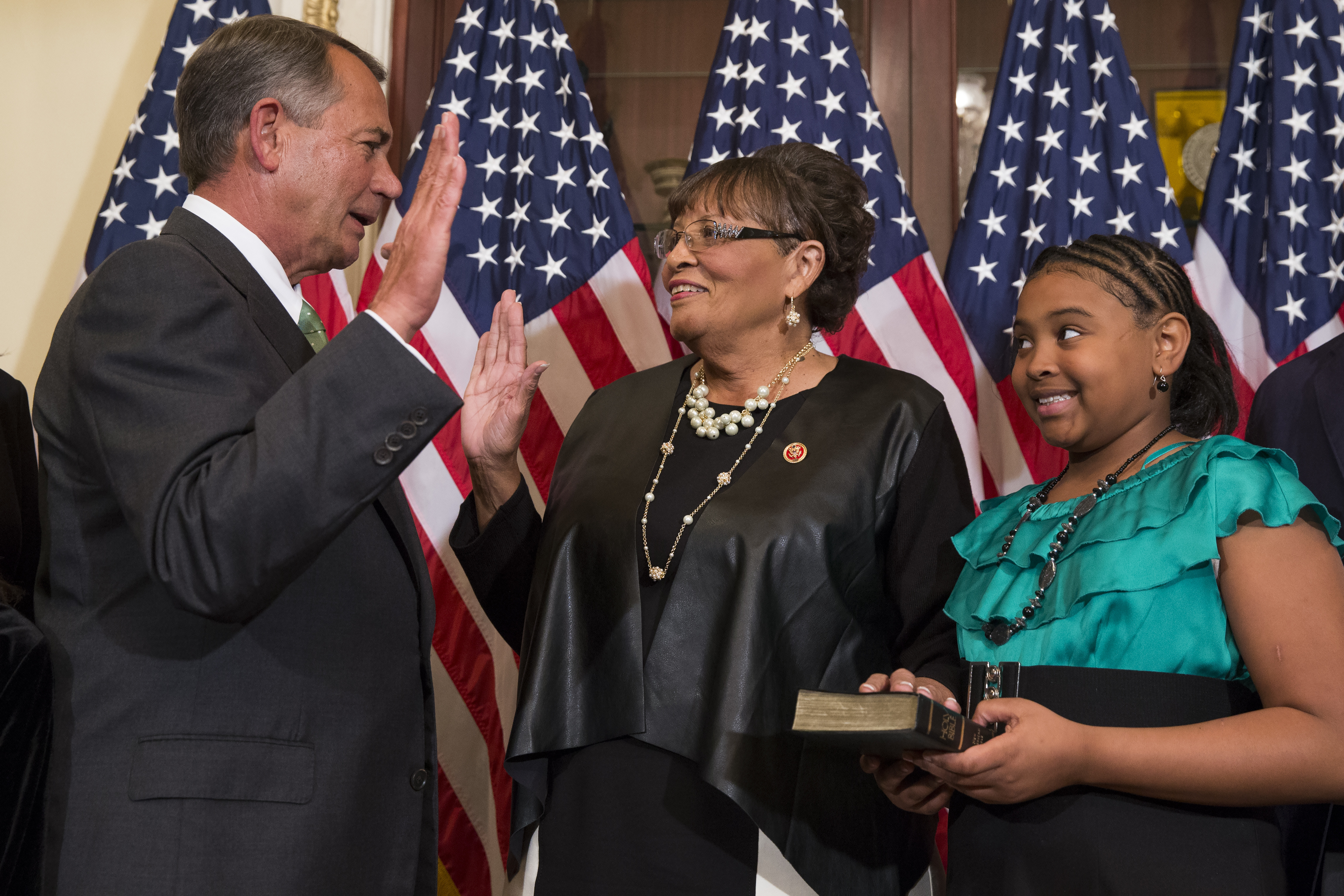 RALEIGH, N.C. - North Carolina again has a 13th U.S. House member after a vacancy that lasted 10 months, and their new representative came in to the sound of heavy applause.

Democrat Alma Adams was sworn in to the House of Representatives Wednesday evening as Congress reconvenes following its fall election break.

She became the 100th female voting member of the current Congress on Wednesday night, and she paid homage to the women who came before her. Cheers erupted when she said it was an "honor to stand here tonight as the 100th woman."

Florida Rep. Debbie Wasserman Schultz, who chairs the Democratic National Committee, noted in a statement that a century ago, "women were still fighting to be guaranteed the right to vote; today is a historic milestone in the progress we have made. As a woman, a mother, and a member of Congress, I am encouraged to see more women making their voices heard and taking their seat at the table."

Adams won two 12th District elections last week - one to serve out the rest of former Rep. Mel Watt's two-year term after he resigned last January to become director of the Federal Housing Finance Agency, and another for the next two-year term of Congress.

Gov. Pat McCrory decided to hold a special election for the seat at the same time as the general election, leading to the extended vacancy.

Adams is a former college professor from Greensboro who served in the state House for 20 years.

She welcomed in on Wednesday with Dave Brat, who upset House Majority Leader Eric Cantor in the GOP primary this year and New Jersey Democrat Donald Norcross, a former state senator,