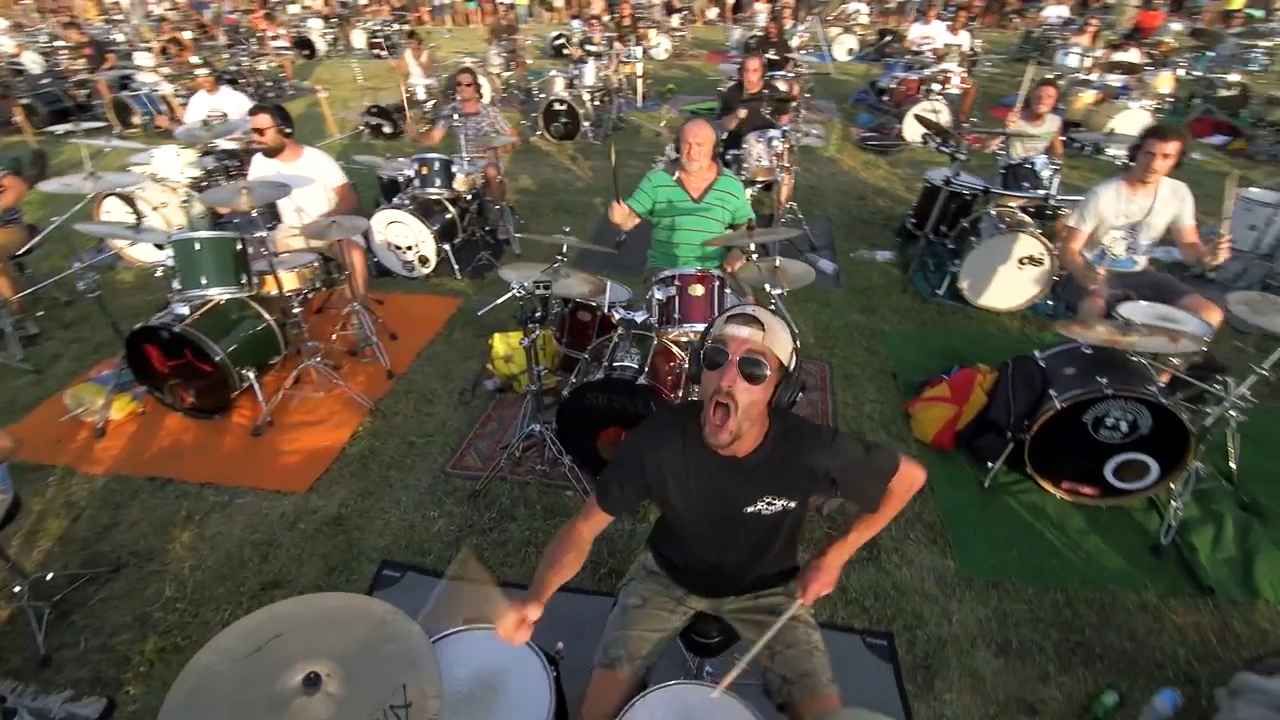 Some of the latest and greatest viral videos include a thousand musicians that really want to see a performance by Foo Fighters and a man who tries his luck at a thousand competitions.

Being that they are one of the biggest rock bands in the world, Foo Fighters sell out stadiums across the globe. So, a tour date for them in the small Italian city of Cesena -- population 97,131 -- is highly unlikely. But, as seen in this video from Rockin' 1000, that didn't stop a thousand musicians from getting together and performing the Foo Fighters' hit "Learn to Fly," in an effort to make that concert a reality.

Back in January 2004, Andrew Lloyd, the creator and star of the video below, accidentally won some trading cards in a Nickelodeon contest. Inspired by that childhood win and the massive amount of sweepstakes available to the general public, he decided to enter 1,000 competitions -- 20 every day for 50 days -- to see what he could win. Four months after completing the daunting task, he actually won four of them. Watch the video and see if you think the prizes were worth the effort.