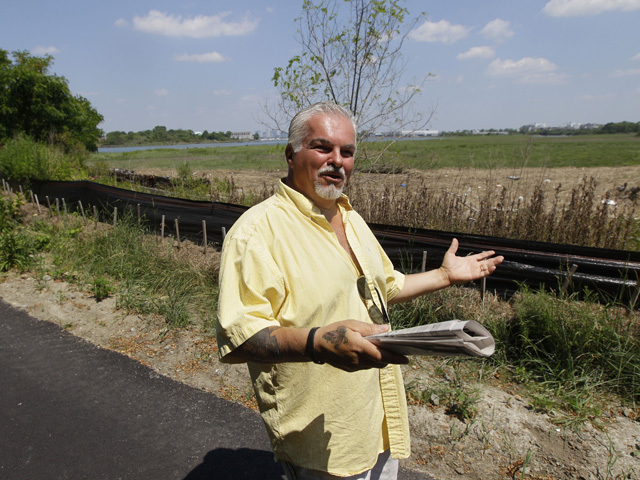 (AP) QUINCY, Mass. - It's been a year since mobster James "Whitey" Bulger was captured after more than 16 years on the run. But not much has changed for the families of some of his alleged victims.

Relatives of some of the people Bulger is accused of killing say they have little faith that Bulger will ever stand trial. They cite his age — 82 — the yearlong delay his lawyer is seeking, and Bulger's former position as a top-echelon FBI informant.

Steve Davis, whose sister Debra was allegedly strangled by Bulger in 1981, said he felt some relief when Bulger was finally apprehended on June 22, 2011, but now wonders if he'll ever really get justice.

"I don't think in my heart that we're ever going to close this case. I don't think he's going to last that long or live through it," said Davis, who was a few days shy of his 25th birthday when his 26-year-old sister disappeared.

Prosecutors say Bulger strangled Debra Davis, a longtime girlfriend of his cohort, Stevie "The Rifleman" Flemmi, because she was planning to leave him, and Flemmi and Bulger worried she knew too much.

Davis said he was happy when Bulger was captured in Santa Monica, Calif., but that feeling was quickly replaced by frustration as Bulger's lawyer repeatedly sought delays in the start of his trial.

Although the trial is now scheduled to begin Nov. 5, Bulger's lawyer has asked a judge to delay it by a year so he can have more time to review more than 300,000 pages of documents, 31 videos and more than 1,000 cassette tapes of audio recordings turned over by prosecutors. Bulger, the former leader of the notorious Winter Hill Gang, is accused of participating in 19 murders. Prosecutors are opposed to delaying the trial.

"I've attended every hearing, but we're not getting satisfaction," Davis said. "This guy was evil to the bone for what he did. How do you let it go?"

Patricia Donahue, whose husband, Michael, died in a hail of bullets after Bulger allegedly opened fire on someone else in 1982, said she's been disappointed that no new information about Bulger's relationship with the FBI has been revealed publicly in the year since his capture.

Bulger provided information to the FBI on the rival New England Mob, beginning in the mid-1970s. His former FBI handler, ex-agent John J. Connolly Jr., was convicted in 2002 of protecting Bulger and Flemmi from prosecution and tipping them off just before they were indicted in early 1995. Bulger fled Boston and remained a fugitive, on the FBI's Most Wanted list, until he and his longtime girlfriend, Catherine Greig, were caught last year in Santa Monica, where they had been living in a rent-controlled apartment during much of the time they were fugitives. Greig was sentenced last week to eight years in prison for helping Bulger while he was on the run.

"It is good that they caught him, but in the time they've had him, nothing's really changed," Donahue said. "We were hoping that he would tell all."

Davis said he has been drawing some comfort by working on plans to build a memorial near the spot where his sister's body was found in 2000. Debra Davis' body, along with that of another alleged Bulger victim, Thomas King, were found in makeshift graves along the Neponset River in 2000. Steve Davis said he hopes to build a small memorial park, with benches engraved with the names of the victims.

"My sister and I were best friends growing up," he said.

"I feel like I could come down here and sit, and in my head, talk to her, tell her I'm sorry about how things turned out."