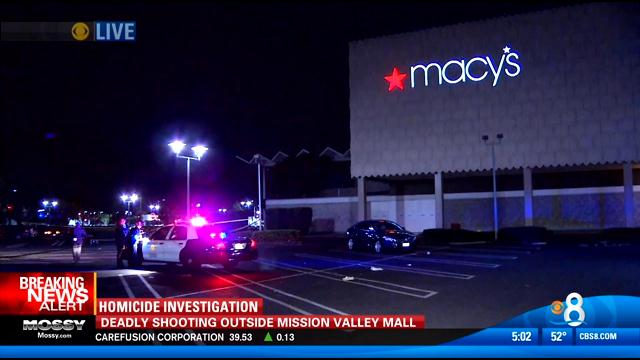 SAN DIEGO, Calif. - Police say a woman was fatally shot in the head and a man was wounded by gunfire outside a mall in San Diego's Mission Valley early Tuesday, according to CBS San Diego.

The station reports the woman called 911 and said she was shot but didn't know where she was.

Lt. Mike Hastings says when officers located the victims, the woman was already dead. The man was taken to a hospital. There's no word on his condition but Hastings said the may not survive. He was reportedly also shot in the head.

Police are looking for a man seen driving away in a 2008 to 2011 gray Honda. The possible suspect is said to be around 5’9’’ to 5’11’’ tall and was last seen wearing tan pants and a shirt, according to CBS San Diego.

The names of the victims have not been released. There's no word on a possible motive for the attack.