In This Week's That Thing You Missed watch a brawl break out after fans rush the court after a college hoops game, J.R. Smith pulls more practical jokes on the hardcourt, and Jeff Gordon gets revenge on his biggest critic.

You’ve heard the expression "payback’s a bitch" and NASCAR royalty Jeff Gordon is one to deliver.

Last year, Gordon teamed up with Pepsi Max to shoot a commercial where he pranks a car salesman by taking him on the test drive of a lifetime.

The stunt earned more than 40 million hits on YouTube. It also earned them a lot of criticism.

Some media types wrote articles questioning the veracity of the video and no one more so than Jalopnik writer Travis Okulski. Gordon was reportedly not too happy with his write-up and has now chosen Okulski as his next victim.

In the new commerical, Gordon poses as an ex-con cabbie who takes Okulski on a high-speed police chase.

Okulski insists this video is authentic. Now, who's going to question it?

Well, it wasn’t quite “Malice at the Palace” but a pretty epic brawl broke out at Utah Valley State after New Mexico State guard K.C. Ross-Miller hurled the ball at Utah’s Holton Hunsaker – who also happens to be the coach’s son -- seconds after the Wolverines’ beat the Aggies in overtime.

Fans spilled onto the court presumably to celebrate UVU’s upset as first place in the Western Athletic Conference was on the line, but the party soon turned to fisticuffs. It seems to be mostly pushing and shoving, but a few punches were definitely thrown.

There has been debate in recent years over whether to ban the time-honored tradition of students rushing the court. So, of course, the idea is now going to be revisited.

I hate it when one person ruins it for everyone. 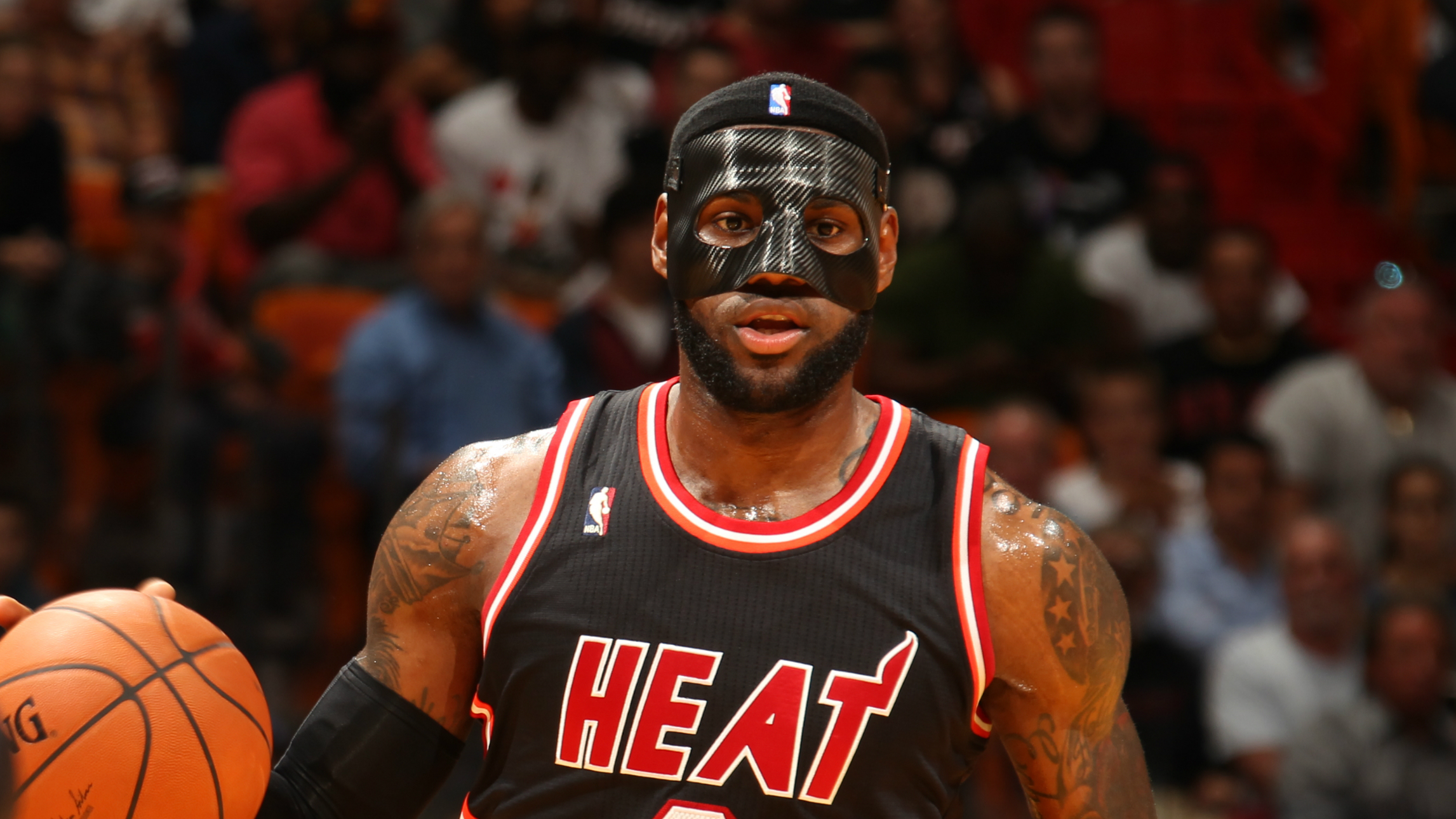 We’ve seen a lot of guys in the NBA don masks because of a facial injury.

But we were definitely expecting something special from LeBron James when he returned to the hardcourt Thursday night with a broken nose.

After all, James outwardly expressed his hope for a “super hero” look. And while many are claiming James is channeling a modern-day Batman, I’m thinking more like Hannibal Lecter.

What do you think of James’ mask? Click here to vote.

J.R. Smith clearly never learned to keep his hands to himself. Earlier this year he was fined $50,00 for untying his competitors’ shoelaces on the foul line.

This week, during the Knicks excruciating loss to the Dallas Mavericks, Smith snapped Vince Carter’s headband.

He denied any wrongdoing but the video doesn’t lie. Kinda a girlie move, no?

But I digress, nothing ever came of the incident since, luckily for Smith, also in the news this week: Raymond Felton pissed his wife off.

Got a comment or a good video for me? E-mail me at tara.lipinsky@cbs.com or send me a Tweet @TaraLipinsky.