MINNEAPOLIS (WCCO) -- A scuffle broke out during a Twin Cities school board meeting over a new mask mandate Monday night.

A few men got physical at the Eastern Carver County Schools meeting in Chaska over what appeared to be a disagreement about someone taking a photo. Earlier in the meeting, speakers talked about their support or opposition to masks.

The district announced on Monday that all students in Eastern Carver County Schools would need to wear masks through at least the middle of next month due to a rise in COVID-19 cases.

Chaska police say the officer who was on duty at the meeting removed one of the men involved from the boardroom. Additional officers were then called in to help talk with witnesses. The investigation continues, and no criminal charges have been filed.

The Minnesota Department of Health has been tracking a spike in COVID-19 cases in schools since kids started going back several weeks ago. The hundreds of cases a week have forced some districts to make changes, including going to distance learning. 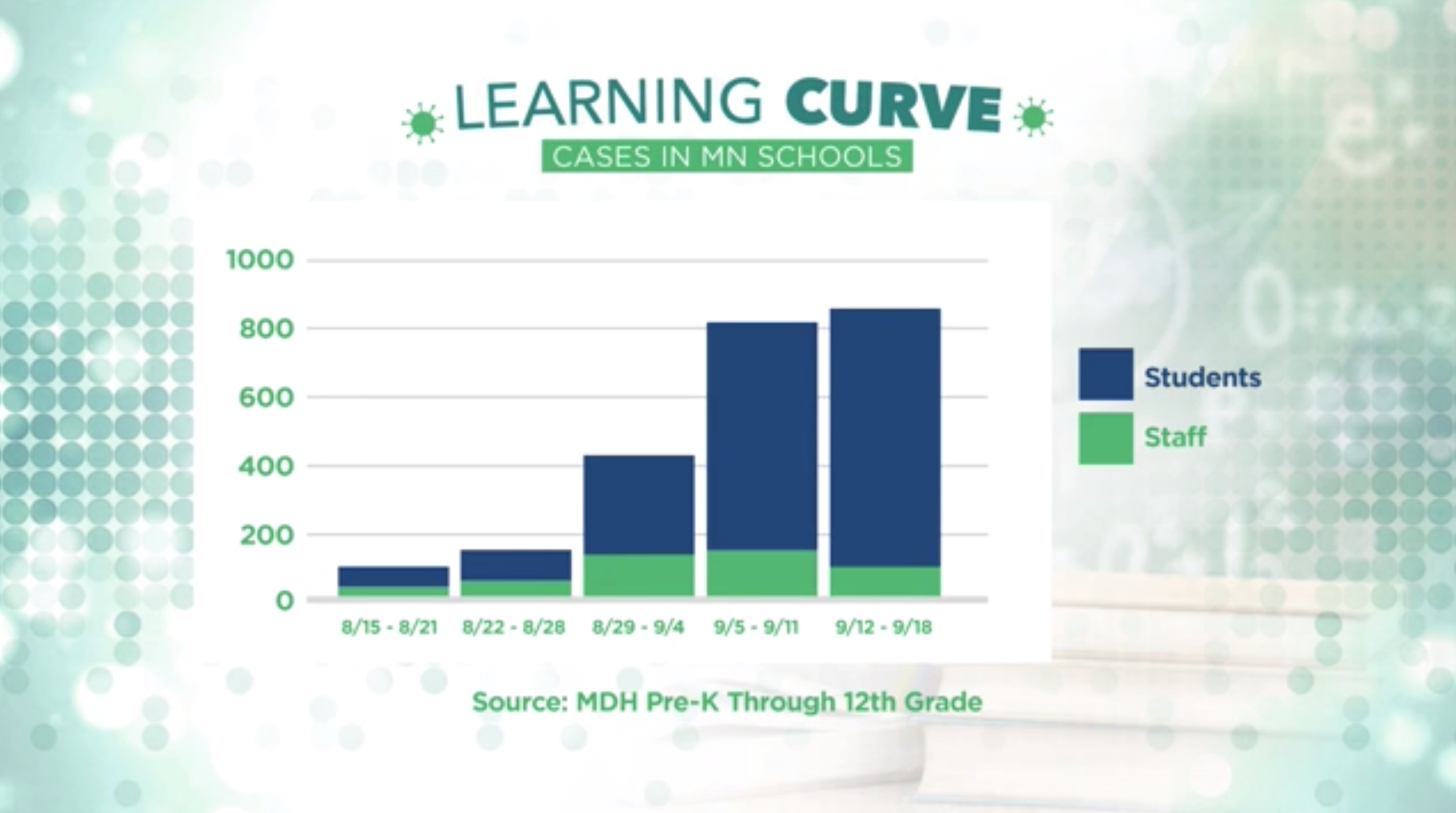 Every district is handing the COVID-19 crisis differently. Some parents say the issue of mask or no mask is causing bullying concerns on both sides of the mask issue.

In a recent Reg Chapman report, some parents said they want some sort of protocol about what they should do if their child is exposed, and if there is a required quarantine period.