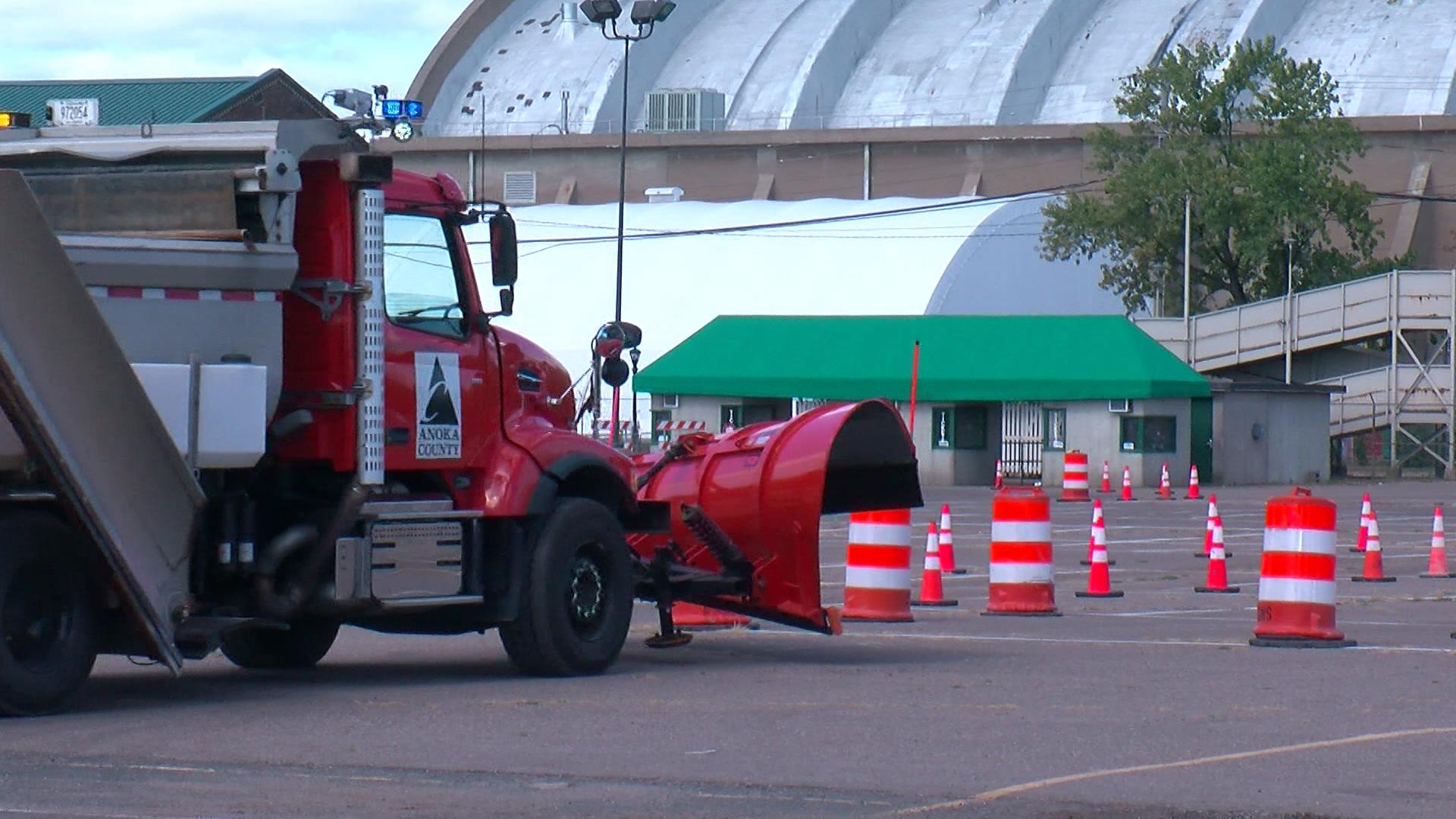 FALCON HEIGHT, Minn. -- In addition to the newfound nip in the air, there's another sign of what's around the corner. Snowplow drivers are now in training.

If you live in St. Paul, Minneapolis, Ramsey County or Anoka Counties, drivers are currently going through training at a State Fair parking lot to learn how they will soon enough be plowing your local streets.

The sunny lot hardly recreates snowy conditions, but trainees say it's critical to getting used to driving a plow. One of the most important lessons is visibility

Trainee Daniel Wilson says he gets graded every day on how he drives and backs up through the cones. Every day the goal is to get better.

"You are always checking your mirrors, always we have six points of view on our trucks," Wilson said. "In the beginning its difficult because you are not used to having something so big in front of your truck."

According to the Minnesota Department of Transportation, every year there are about 100 accidents involving snowplows. Local operators agree the public needs to be aware.

MnDOT is also currently training its new drivers with a two-week course at Camp Ripley. Veterans get a refresher. MnDOT says in a couple of weeks they will have 1,600 snow plow drivers around the state, ready to go.

Also, plows aren't just for snow. As we have learned over the years with Minnesota's unpredictable weather, they can also be used to push water off the roads during flash flooding.

Esme Murphy, a reporter and Sunday morning anchor for WCCO-TV, has been a member of the WCCO-TV staff since December 1990. She is also a weekend talk show host on WCCO Radio. Born and raised in New York City, Esme ventured into reporting after graduating from Harvard University.