MINNEAPOLIS (WCCO) -- Long-time WCCO-TV reporter, Caroline Lowe, has accepted a job at KSBY-TV in San Luis Obispo, Calif.  Lowe has been on the crime beat for WCCO-TV since 1977. This year marked her 35th year with the station.

She will be taking on a managerial role at KSBY-TV.

Lowe's husband, Jack, recently retired and this move will allow them to be closer to three of their four children who already live in California.

"I love this place. WCCO is such a part of my DNA," said Lowe, "but I also look forward to working with young people and helping them."

Lowe will be in the company of some WCCO-TV alums. She will work alongside her daughter, Shelby, who is currently a news producer at KSBY-TV and was a former assignment editor at WCCO-TV. She also joins former WCCO-TV anchors Jeanette Trompeter and John Reger, who are both anchors at the station.

She has received numerous awards for her reporting, including: The Alfred I. DuPont Columbia Award for Missing The Beat in 1994, two Regional Emmy Awards in 1994, Sweepstakes Award from the Society of Professional Journalists in 1994, an Associated Press award and an UPI award. In 1986, Caroline was awarded the Minnesota Association of Crime Victims Media Attention Service Award, the first time that award was given to a member of the media.

As well as being a reporter, Lowe is a licensed Minnesota police officer and graduated from the FBI Citizen's Academy in 2010.

"Not many reporters go as far for their work as Caroline does," said WCCO-TV News Director, Mike Caputa. 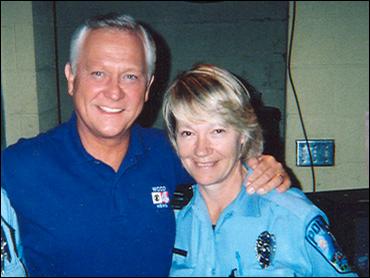 That work has helped her become more involved and experienced on the crimes she reports on and helped her start her Crime Notes Blog and Cold Case Page.

Her I-TEAM reports have garnered national attention too. She extensively covered the disappearance of Mason City, Iowa anchorwoman, Jodi Huisentruit and the abduction of Jacob Wetterling. Her work has appeared on 20/20, Court TV, Oprah and Forensic Files.

"I told Caroline this morning that I would have thought I'd be upset with her for leaving us, but after hearing about what a wonderful opportunity this is for her and her family, I can't help but to be happy for her and wish her the best," said Caputa.