The film was in the running for the Palme d'Or at the 2013 Cannes Film Festival, where it shocked viewers and critics alike. Manohla Dargis of the New York Times scoffed at the Steven Spielberg-led jury for giving director Amat Escalante the Best Director prize for what she referred to as his "staged atrocities."

But Escalante's vision, as utterly bleak and stomach-churning as it is, is a graceful and stunning indictment of the Mexican government and law enforcement at the local and federal levels, who eagerly match the ultra-violent tactics of the cartels they aim to destroy.

The 17-year-old title character is a new dad in a rocky marriage, living with his father and pre-teen sister. She falls in love with a 17-year-old Federale in training who steals several packages of drugs that were destined for a bonfire created for a media event, touting the efforts of the federal police to protect the citizenry.

The young Federale has Heli's sister hide the drugs at her home, but his superiors get wind of the scheme and exact revenge.

Heli was created to traumatize viewers, and is difficult to endure at times, despite its visual beauty. But it is the emotional toll of almost each violent act depicted on screen that is glorified by Escalante, and not the violence itself.

The film seems to be a heartfelt and heartbroken call for justice for the innocent Mexican citizens caught in the relentless crossfire of the drug war. And for that, it's worth the discomfort.

Heli will be shown only once during MSPIFF. See it today at St. Anthony Main Theater at 4:45 p.m. 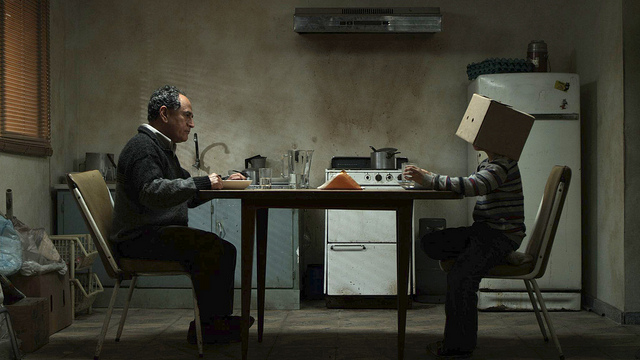 The Cleaner (Adrian Saba; Peru) This international film fest favorite is about a man who sterilizes the homes of the dead in a dystopian world. He finds a young boy hiding in one such dwelling and takes him under his wing. (9:35 p.m.)

Why Don't You Play In Hell (Shion Sono; Japan) From the director of the 2002 cult hit Suicide Club, this wild flick centers on a group of filmmakers who try to end a longstanding yukuza feud while making a hit movie in the process. (10:15 p.m.)

Sugar Kisses (Carlos Cuarón; Mexico) Alfonso Cuarón (Gravity, Children of Men) has a brother who's also talented behind the camera. But instead of outer space or pre-apocalyptic Britain, Carlos Cuarón's sophomore film is a tale of first love amidst the violence and corruption in Mexico. (9:15 p.m.)