Władysław Pasikowski's Aftermath, a work of fiction, was met with outrage by some in the Polish media upon release. It was even labeled by some as anti-Polish for suggesting that some citizens may have been more than complicit with the Nazis during the occupation.

Set in the past decade, the film tells the tale of two brothers, one who left 20 years earlier to work as an asbestos remover in Chicago, and the other who stayed in Poland and eventually took over the family's farm.

When the prodigal brother returns for a summer, he's perplexed as to why his brother's wife and children have left him to move to America. He quickly finds that his kin is a sort of pariah in the community, namely for digging up Jewish gravestones that had been used to pave a rural road and setting them up in his wheat field.

Aftermath is based on the controversial assertions made in the 2000 book "Neighbors" by Princeton University historian Jan T. Gross concerning the Jedwabne pogrom (massacre) in 1941. Hundreds of Jewish villagers were allegedly murdered at the hands of their Polish neighbors, and not by the Nazis.

The film is unique in that it's a culturally incendiary work posing as an efficient thriller. Combined with great performances by Ireneusz Czop and comedian Maciej Stuhr as the embattled brothers, Aftermath is potent propaganda aimed at pushing historical reality into the faces of those who wish to view the Poles of World War II solely as victims.

Aftermath plays at St. Anthony Main Theater tonight at 7 p.m. with an additional screening on Wednesday, April 16 at 5:10 p.m. 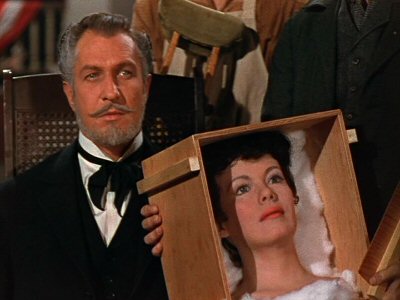 House Of Wax (Andre De Toth; USA) Warner Brothers unleashed the first color 3D feature film from a major studio in 1953 with this Vincent Price hit. And who can't resist the performance of toughguy Charles Bronson as a Price's sculptor/henchman! See this recently restored horror classic in digital 3D. (7:30 p.m. at the Walker Art Center)

We Don't Wanna Make You Dance (Lucy Kostelanetz; USA) The youthful New York City funk band Miller, Miller, Miller & Sloan hit the no wave scene in the early 80s. But by the early 90s, life had gotten in the way of the band's musical dreams. Filmmaker Lucy Kostelanetz checked in with group members on several occasions in a 24-year period. Watch the lifespan of a one-of-a-kind band. (6:45 p.m.)

The Trip To Italy (Michael Winterbottom; Italy) In this sequel to the hilarious The Trip, director Michael Winterbottom moves the reluctant comedic duo of Steve Coogan and Rob Brydon from Britain to Italy for a laugh-filled gastronomic tour. (7:15 p.m.)