I know it's perpetually bad form to criticize the critics when it comes to covering festival movies, but sometimes it's inevitable when it feels like critics are the only ones talking about a given film. And in the case of Closed Curtain, director Jafar Panahi's follow up to his brilliant This is Not a Film, the lack of a proper platform within the circles of general film discussion strongly mirrors the position its maker also labors under. So to hear people accuse Curtain of being self-pitying, well, cry me a river.

A few years ago, Panahi was banned from making films for 20 years after the Iranian government charged him with propaganda. He was accused of participating in the production of a documentary depicting political unrest following the re-election of president Mahmoud Ahmadinejad, though also included in the government's allegations were supposed crimes against the Islamic Republic. This is Not a Film, made with the help of Mojtaba Mirtahmasb, was a feature-length act of defiance in which Panahi shot iPhone footage of himself in his apartment and, in fact, in exile from the filmmaking community. It was a sly, provocative essay film whatsit.

More than once, I've found myself accidentally typing Certified Copy instead of Closed Curtain, which I'm taking as a decided Freudian slip. Just as fellow Iranian master Abbas Kiarostami (who worked with Panahi on many films, including Crimson Gold) allowed his more direct formal overtures in Ten and Five to blossom into the florid, far more subtle allegorical gestures in the to-the-naked-eye wholly fictional Certified Copy, so too does Panahi's Closed Curtain smuggle its intentions into a narrative context, at least for a while. And then, of course, Panahi pulls the rug out.

Without meaning to spoil too much for a film that relies heavily on its sleights of hand, Panahi introduces co-director Kamboziya Partovi as the film's central character, a screenwriter who holes himself up inside a residence along with a pet dog named Boy. The dog (who it must be said is a phenomenal actor, a Laurence Olivier to Uggie's Burt Reynolds) is not allowed under Islamist law, but it's pretty clear there are other reasons for the writer to be hiding out. Shortly after he establishes his secret refuge, it's crashed by a brother and sister who are also hiding from the police. It's from there on that the concept of filmed reality becomes rather astonishingly nebulous. If This is Not a Film was smuggled into Cannes inside a cake (according to legend), then Curtain (or, This IS a Film) sees its maker having that cake and eating it too.

Closed Curtain plays at St. Anthony Main Theater tonight at 9:30 p.m. with an additional screening on Sunday, April 13 at 9:55 p.m. 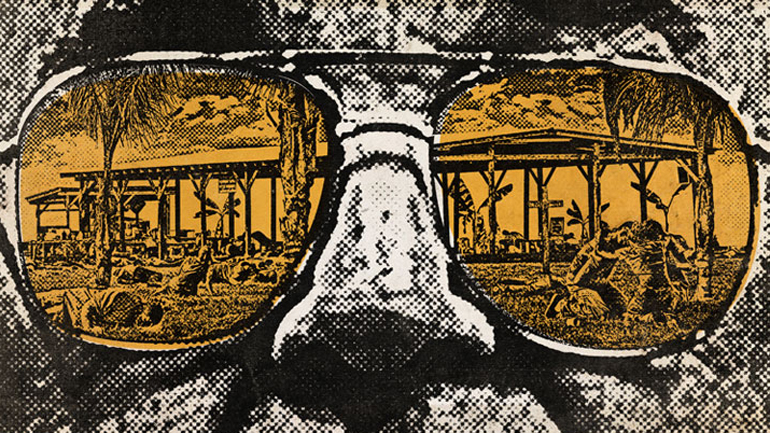 Intruders (Noh Young-Seok; South Korea) A thriller with a satirical edge, Intruders pits an isolated screenwriter (apparently a very popular character type these days) as he tries to keep himself from being overtaken by interlopers, hunters and teen skiers. (10 p.m.)

The Sacrament (Ti West; U.S.) I admit I have yet to actually be scared by a Ti West horror film, but this one (produced by Eli Roth) has a highly intriguing premise, loosely updating the Jonestown massacre and giving the stink eye to religious fervor. (7:10 p.m.)

Stray Dogs (Tsai Ming-Liang; Taiwan) It's never not worth your while to check out what Tsai Ming-Liang is doing these days. Stray Dogs finds the always-patient auteur applying his duration-centric strategy to a depiction of homelessness. (9 p.m.)