Directed by Stephanie Spray and Pacho Velez but supervised by Lucien Castaing-Taylor (whose Leviathan was among last year's most memorable films, documentary or otherwise), you might say that nothing happens in Manakamana. Or you could say that everything happens. Or you could eschew either/or logic entirely and succumb to the inscrutable "in between."

Unlike Leviathan, which used dozens and dozens of GoPro cameras affixed to various sections of a fishing trawler out in the middle of an inky black night, Manakamana isn't an extended assault on the senses. Leviathan felt like a perilous plunge into the darkest primordial fears -- fear of drowning, fear of blinding darkness, fear of gills. It was designed to pull the rug out from under its viewers, leaving them devoid of their typical centers of cinematic gravity.

Manakamana, in equal-and-opposite fashion, is severe but also serene at the same time, and has the power to either test your patience or lift you to a heightened awareness, rocking gently like the inhabitants of the cable cars depicted in the film. Shot with a series of 16 mm film cartridges just long enough to capture each 10-minute trip, the Harvard Sensory Ethnographic Laboratory's latest presentation shows a series of passengers as they ascend over the Gorkha distract of Nepal en route to the Manakamana temple. One after the other. Up, up and away. The journey to the summit used to take pilgrims over three hours until the construction of the cable car system, and now it takes a fraction of the time, though for many it remains a highly contemplative moment -- just one that's packed into a much more efficient use of time.

Obviously, words can't possibly do justice to the experience of seeing the processional. It begins with a young boy and (presumably) his grandfather taking the journey wordlessly, then follows up with an old woman riding solo, clutching a bouquet in her lap. No words are spoken until about 25 minutes into the film, unless you count the clucking of the chicken being held by the couple taking the movie's third trip up the hillside.

The first half of the film contains trips up to the temple, and the second half is made up of rides down. Though Spray and Velez are performing theme and variations of the utmost austerity (it's a mark of restraint on their part that they don't extend the film to the length of what a trip on foot would've taken), the experiment also allows them an astonishing variety of stolen moments. Some taking the journey are solemn, silent and introspective; others are deliberately irrelevant, such as the trio of black-tee'd youths carting a kitten up the hill and mewling back at it. Others still are neither/nor, like the pair of women who enjoy an ice cream treat on their ride back to the valley, commenting on the peacefulness of the forest while at the same time engaging in an amusing losing battle to finish their melting snacks before they make a mess of themselves. (Ditto the goats that are, for reasons unknown, being herded to the apex, who seem transfixed by their journey but still bleat with alarm each time their car reaches another cage-rattling post along the way.)

If all Manakamana had to offer was the opportunity to observe human behavior in a faintly unfamiliar environment, well, how many movies can you honestly say give you the chance to pilgrimage to that particular destination? Well, perhaps more than one might think. Velez reportedly said that the film wasn't only inspired by the formalist likes of James Benning (who is a master of this genre), but even something like the extended shot in Michael Clayton in which George Clooney sitting in the back of a car and just thinking. Maybe it just takes experiences like Manakamana to guide audiences onto that higher plane of consciousness. Or maybe they'll just go on checking their watches.

Manakamana plays at St. Anthony Main Theater today at 4:15 p.m. It is the only remaining screening scheduled for the film. 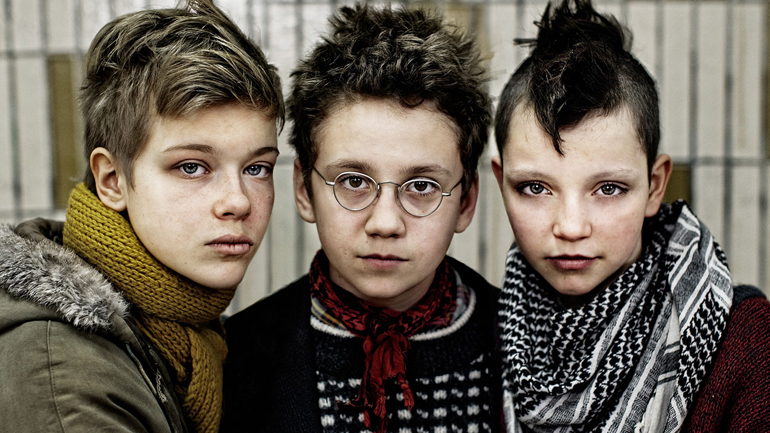 Old Man (Dan S; U.S.) Epic in length, intimate in detail, Old Man may be a documentary, but it also functions as a bildungsroman on the life story of Andrew Schneidkraut. A resident of Boulder, Colo. who has owned and operated a record store for the last quarter-century, Schneidkraut's story just gets deeper and more resonant. (7:30 p.m.)

Paulette (Jérôme Enrico; France) As Minnesota continues to wrestle with the question of whether to legalize marijuana (at least for medical purposes), here comes a French crowd-pleaser to change hearts and minds. Well, maybe not to that extent, but I expect this story of a cute retiree who decides to make ends meet selling pot will play awfully well to some of those on the fence. (5:15 p.m.)

We Are the Best! (Lukas Moodysson; Sweden) Boasting what may be one of the fest's most self-fulfilling titles, We Are the Best! is the latest from Swedish master Lukas Moodysson (Show Me Love; Together; Lilya 4-Ever). In it, three preteen girls flaunt convention, embrace their rebellious streak and start a punk band together. (7:10 p.m.)