MINNEAPOLIS (WCCO) -- A retired teacher in need of a lifesaving heart transplant will get a boost from his hometown.

Fred Blom taught fifth and sixth grade in Montevideo for 25 years. This summer, he and his wife Jeri will celebrate their 40th wedding anniversary.

But Blom has been dealing with a serious heart condition and doctors have told him he will need a transplant in order to survive.

"He's not only my husband, but my soul mate. His desire is to see our 7 grandchildren grow up," said Jeri.

In response, the town that Blom taught in for a quarter century is literally opening its doors for his medical costs.

On Saturday, June 9, Montevideo will hold a "Main Street Day." A percentage of store sales, along with food and entertainment, will be donated to the nonprofit "Help Hope Live" in honor of Blom.

As former students have heard about Blom's condition, they have been writing notes of encouragement.

One wrote, "I never used to like history until I was in your class."

Another said, "I became a teacher because of you."

Main Street Day will run from 10 a.m. to 4 p.m. on June 9. There will also be face painting, line dancing, music, and a silent auction. 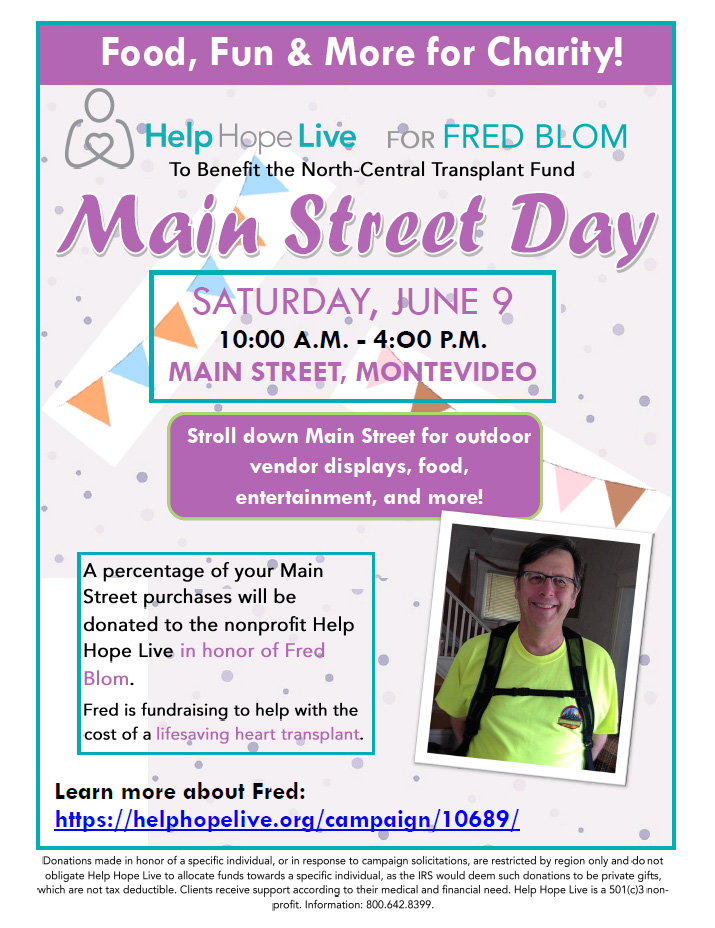