MINNEAPOLIS (WCCO) -- Snow showers moved through northeastern Minnesota and the metro area Tuesday morning as the state welcomed the official start of winter.

Areas north of Interstate 94 in central Minnesota saw between 2 and 5 inches of snow, while the Twin Cities metro saw little more than a fresh dusting.

Along the North Shore, however, impressive totals were reported. According to the National Weather Service, there was a report of 10 inches of fresh snow in Hovland, which is about 20 miles north of Grand Marais.

What away to start winter! The solstice officially occurred at 9:59 a.m. Now the days will gradually start to get longer.

Tuesday's high for the Twin Cities will be in the upper teens or lower 20s. The wind will pick up during the afternoon, making it feel a bit cooler.

Things will warm up slightly on Wednesday and Thursday, with temps in the 20s and pushing into the 30s in some areas.

There's a chance for a rain-snow mix on Christmas Eve on Friday. That could be accompanied by melting snow due to temperatures nearing 40 degrees.

Temperatures will be colder, in the mid-20s, for Christmas Day.

Then on the tail end of the day (especially in northern Minnesota), we could see a changeover to some snow flurries that could give you a few more fresh inches of snow cover. And it looks like we'll be turning more seasonable with that storm as well.

"It does look like we're going to have a White Christmas with snow on the ground, but we'll just need to watch that melting on Friday," meteorologist Riley O'Connor said. 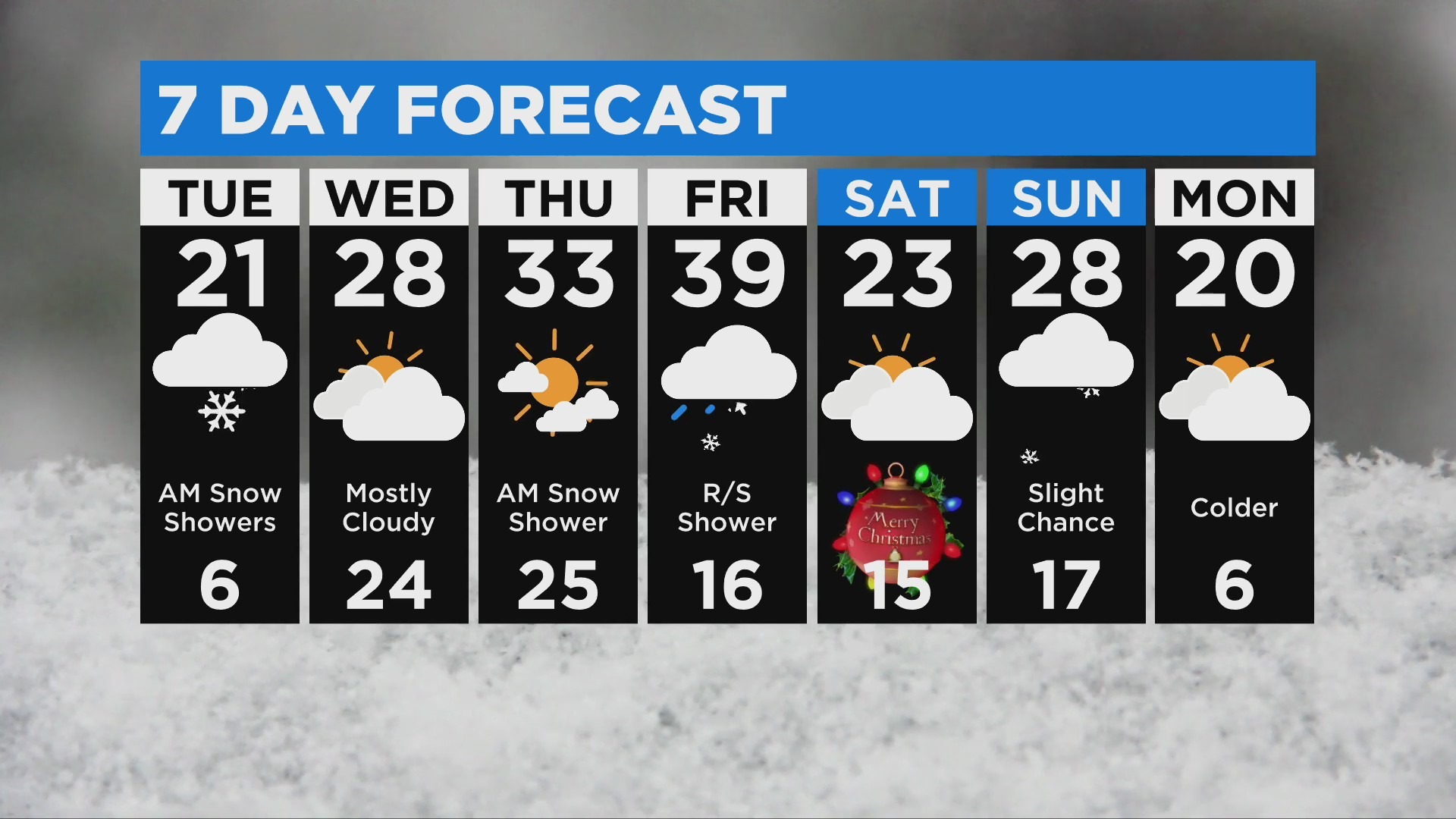 There's a slight chance for snow on Sunday.