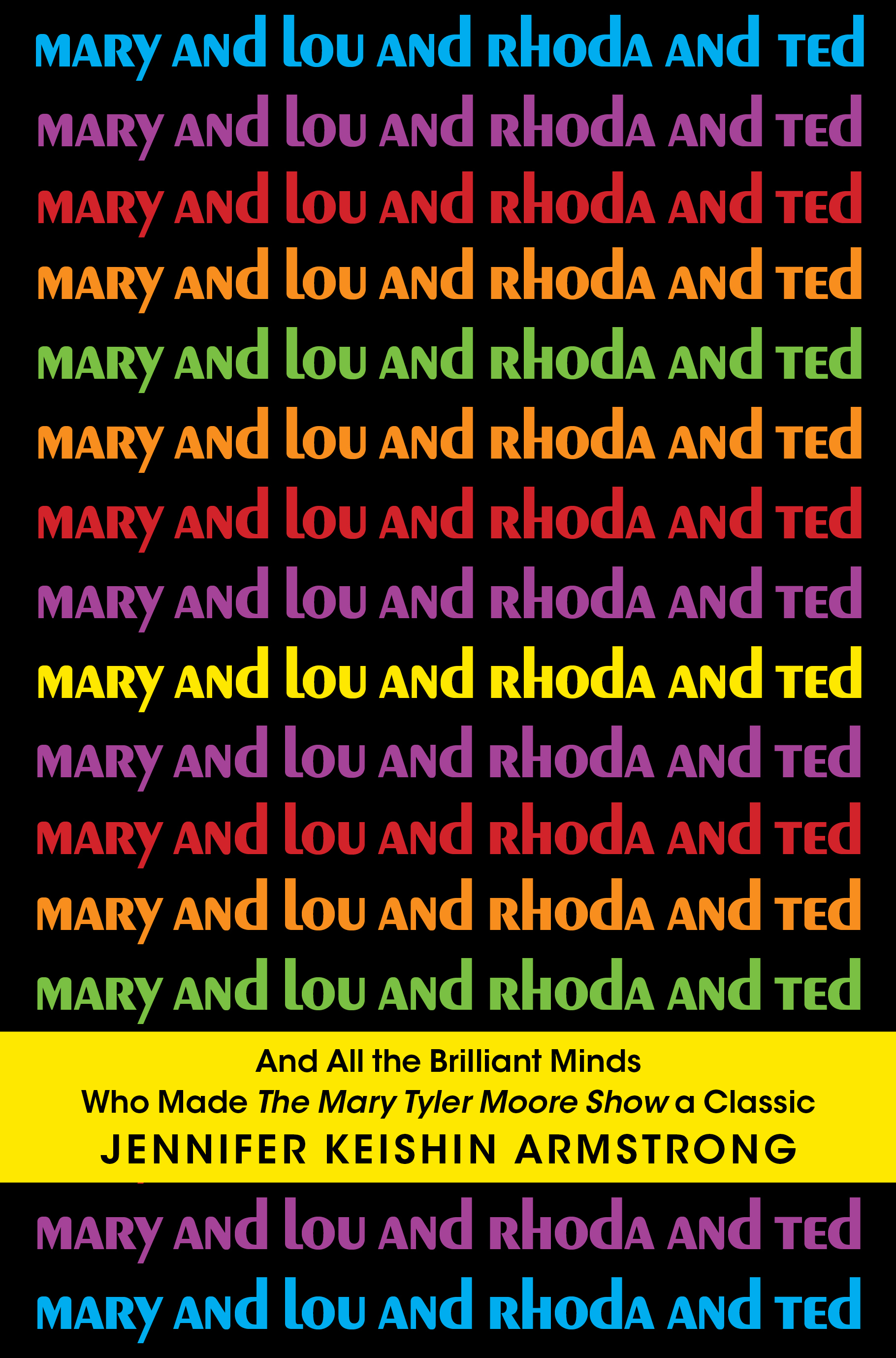 Jennifer Keishin Armstrong grew up in the Midwest, then escaped to New York to live in a succession of very small apartments and write about pop culture. She spent a decade on staff at Entertainment Weekly, cofounded SexyFeminist.com, and now writes for several publications, including O, Fast Company, and New York's Vulture. Her history of The Mary Tyler Moore Show, Mary and Lou and Rhoda and Ted , tells the behind-the-scenes story of The Mary Tyler Moore Show.

Minneapolis is known for its lakes, its snow, and the resilient citizens who love it despite the frigid winter temperatures. But it got its Hollywood moment in 1970 when the producers of The Mary Tyler Moore Show decided to make their leading single lady, Mary Richards (Mary Tyler Moore), a resident of the perfect studio apartment in the city's Kenwood neighborhood. Author Jennifer Keishin Armstrong visited the show's most prominently featured sites to research her book, Mary and Lou and Rhoda and Ted: And All the Brilliant Minds Who Made The Mary Tyler Moore Show a Classic. Here, she shares a look at those sites, from then and now.

The pedestrian-friendly, shop-lined promenade in the center of downtown Minneapolis — actually a blocked-off portion of Nicollet Avenue — provided the perfect spot for The Mary Tyler Moore Show's most iconic image. At the mall's intersection with 7th Street, Mary Tyler Moore tossed her knit beret into the air in a defiant sign of her independence, and director Reza Badiyi captured the moment for what would become one of the most indelible TV credit sequences of all time. Nowadays, the intersection is home to a Macy's department store and a TV Land-sponsored statue of Moore, where tourists often file by to snap photos of themselves with "Mary." The bargain shopping is good, too: Within a few blocks, visitors can hit up a Saks Fifth Avenue Off Fifth Outlet and the dazzlingly large Target store next to the chain's corporate headquarters at 10th Street.

Just a block off Nicollet Mall, IDS Crystal Court served as one of the main locations for the fourth season reshoot of the opening sequence. Among the ultra-modern, mirrored walls and windowed ceiling, we see Mary riding the escalator while running errands and on later spy her a date with a man (in fact, her real-life husband and president of her production company, Grant Tinker). The indoor mall still looks the same today and boasts both convenient chains — Cosi, Potbelly, Banana Republic, The Gap — and the luxurious Marquette Hotel. Book a table at the Marquette's restaurant, Basil's, overlooking the mall, to re-enact Moore and Tinker's "date."

This 20-story skyscraper on Nicollet Mall — known in the Mary Tyler Moore era as Midwest Plaza — served as the exterior shot of WJM-TV, where Mary worked in the newsroom.  Visit the 8th Street Grill on the street level for some good bar food and an atmosphere akin to the bar Mary's boss, Lou Grant, often escaped to.

On camera, Mary says she lives at 119 N. Weatherly, which doesn't exist in real life. The house used as the exterior shot of Mary's first apartment building, however, is quite real: It's a gorgeous, 9,500-square-foot, single-family home at 2104 Kenwood Parkway. This is not an official tourist destination — it's a home with actual residents (and it recently went up for sale. But that hasn't stopped pilgrims from flocking to the home, tucked deep back in the tiny Kenwood neighborhood.

When Mary moves out of her cozy studio apartment in later seasons, she relocates to a sleek one-bedroom in this modernist apartment complex. Designed by prolific Minneapolis architect Ralph Rapson, the development contains the 39-story McKnight building, one of the city's tallest structures outside of the downtown area. The complex has been known at various times as both a haven for drugs and, more recently, as a great place for recent immigrant families to get on their feet. It���s listed on the National Register of Historic Places as a significant example of urban redevelopment. The distinctive concrete buildings still rent out to tenants today, and are surrounded by the hip Cedar-Riverside neighborhood. Thanks to the area's proximity to the University of Minnesota's Minneapolis campus, it maintains a wide selection of affordable cafes, bars, and performance venues.

The Kowalski's on Hennepin Avenue is where Mary grocery shops — and is seen scowling at the 1970s' high meat prices in the fourth season credits. The location makes geographic sense as a likely spot for Mary, a resident of nearby Kenwood, to shop. The neighborhood overall also made sense for Mary, a young and single urbanite, as the Uptown area developed into an artsy enclave. (Minneapolis native Prince wrote a song called "Uptown" and owned a store nearby.) Now the neighborhood is full of upscale shopping, restaurants, bars and movie theaters.