Ask anyone who has been on the Minnesota cycling scene for at least a couple of decades and the name Cecil Behringer will likely illicit some sort of response. He was a state cycling champion, track owner, custom frame builder and bike advocate well before it was en vogue. But the man friends affectionately referred to as "Cec" was also much more than that.

Behringer's love affair with the bicycle began in 1934, at the age of 17, when he began working as a bicycle messenger for Western Union. He pedaled day and night, year round, and soon began competing. In short order he won numerous races and, in 1936, became the Minnesota state cycling champion. That same year he gained notoriety during the international six-day race held at the Minneapolis Auditorium.

The six-day race is a test of physical and mental endurance which was imported from England. Teams of two riders competed, with one required to be on the track at all times, for 144 consecutive hours. A winning team would be determined by total distance pedaled, in addition to points awarded for winning sprints sprinkled throughout the competition.

Behringer raced with Archie Bolleart on the Minnesota Gopher Team against the likes of well-established professionals such as "Torchy" Peden and George Dempsey. It was a grueling affair and by the end of the second day Behringer's team had crept into first place. The hometown favorite clung to a tenuous lead going into the final day of racing, only to run out of gas in the proverbial tank. After logging 2,467 miles during the race, Behringer's duo ultimately finished fourth. But the young cyclist had won the hearts of the fans. An article in the Minneapolis Star recounted: "During the parade of riders following the finish, it was (Behringer's) team that drew the biggest hand."

That same year he built his first bicycle and continued competing, both locally and nationally. But just a few years later the nation was at war and Behringer hung up the bicycle and enlisted. 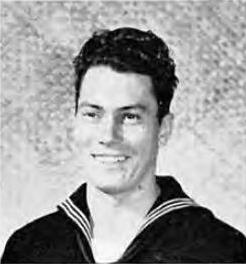 After the attack on Pearl Harbor in 1941 the nation was in shock, and at war on multiple fronts. Cecil went to a local recruiting office and enlisted in the Navy, thereby avoiding a random assignment from the Draft. He served as a Seabee in Naval Construction Battalions from July, 1943, until August, 1945.

Behringer worked as a Shipfitter 1st Class, building metal structures, welding, cutting metal and repairing ships. Over two years his unit served in Guam, Papua New Guinea and the Philippines, building a hospital, a Destroyer repair base and converting a vast grove of coconut trees into a modern naval base. It was this foundation of knowledge that led to a successful career as a metallurgist and precision bicycle frame builder.

After returning home from the war, Behringer continued working with metals at companies like Western Gold & Platinum and as an engineer for aerospace company Pratt & Whitney. It seems as if cycling faded into the back of his life, for a time, as he focused on his career and starting a family.

Behringer spent his free time ice racing. His son Jimi told me his father raced a Jaguar that ran on alcohol and was tuned with a stethoscope.

As Jimi began cycling more, his father approached him and asked him if he'd like to build his own bicycle. When his son unenthusiastically agreed, Cecil ordered a bicycle toolkit from Campagnolo in Italy, convinced the people at Island Cycles in Minneapolis to order some English bicycle tubing and the family duo started building frames. Not long afterwards custom-made Behringer bicycles were available to the public.

In the mid-70's Cecil collaborated with Pino Morroni with the vision of building a lugged and brazed titanium bicycle. After some experimentation the tandem had a complete titanium track bicycle that weighed in at 10 pounds, an unbelievable feat for the time. Another unique feature was the left side drive, which put the crank arm closer to the frame, thus allowing more clearance for banking on a velodrome.

A legend among cycling historians says that Morroni took the feather lite bicycle to Rome where European racers snickered in disbelief. But after a rider took the bicycle down a 138-step staircase in the Italian capital, riders were astounded by the strength and rigidity of such a lightweight bicycle.

Soon Behringer bicycles became well known amongst the cycling elite and were coveted by many. While Jimi Behringer wanted to increase production, Cecil held firm and focused on quality over quantity, painstakingly hand-building a handful of frames annually.

A steel Behringer frame and fork went for $600 in the early 80's, while a complete nitrided steel build sold for $2,700. And if you were in the market for one of the titanium bicycles the price tag was around $10,000. His bikes were perpetually on backorder. And, despite the high prices, in 1982 Behringer told Popular Mechanics magazine he made only $3/hour building bicycles. At the time the federal minimum wage was $3.35.

While his passion was with all things cycling, Cecil Behringer was involved in myriad other projects and held a number of patents. His knowledge of metallurgy was unparalleled. His longtime friend, Mark Benavides, told me he could easily quote the dense 2,700 page CRC Handbook of Chemistry & Physics.

Cecil was involved in the building of the ALVIN DSV-2, a submersible commissioned by the Navy, which has thousands of dives to its name, and research conducted on the vessel has been the subject of hundreds of academic papers.

Behringer often consulted with NASA and aerospace companies on joining metals. One of his apprentices told me he would occasionally get phone calls from such firms while building bicycles in the shop. After a short phone call he would hang up the receiver, chirping that he had just pocketed $500 for his phone consultation.

Less than a year after the tragedy at the Chernobyl nuclear plant in the Soviet Union, Behringer patented a solution for smothering a nuclear fire, using argon gas, dropped from a plane, to block oxygen from the fire.

Behringer also used his expertise of metallurgy to create gold-plated golf balls, work on pacemakers and create extremely light wheelchairs with titanium, among numerous other contributions to science. He was truly a man ahead of his time. 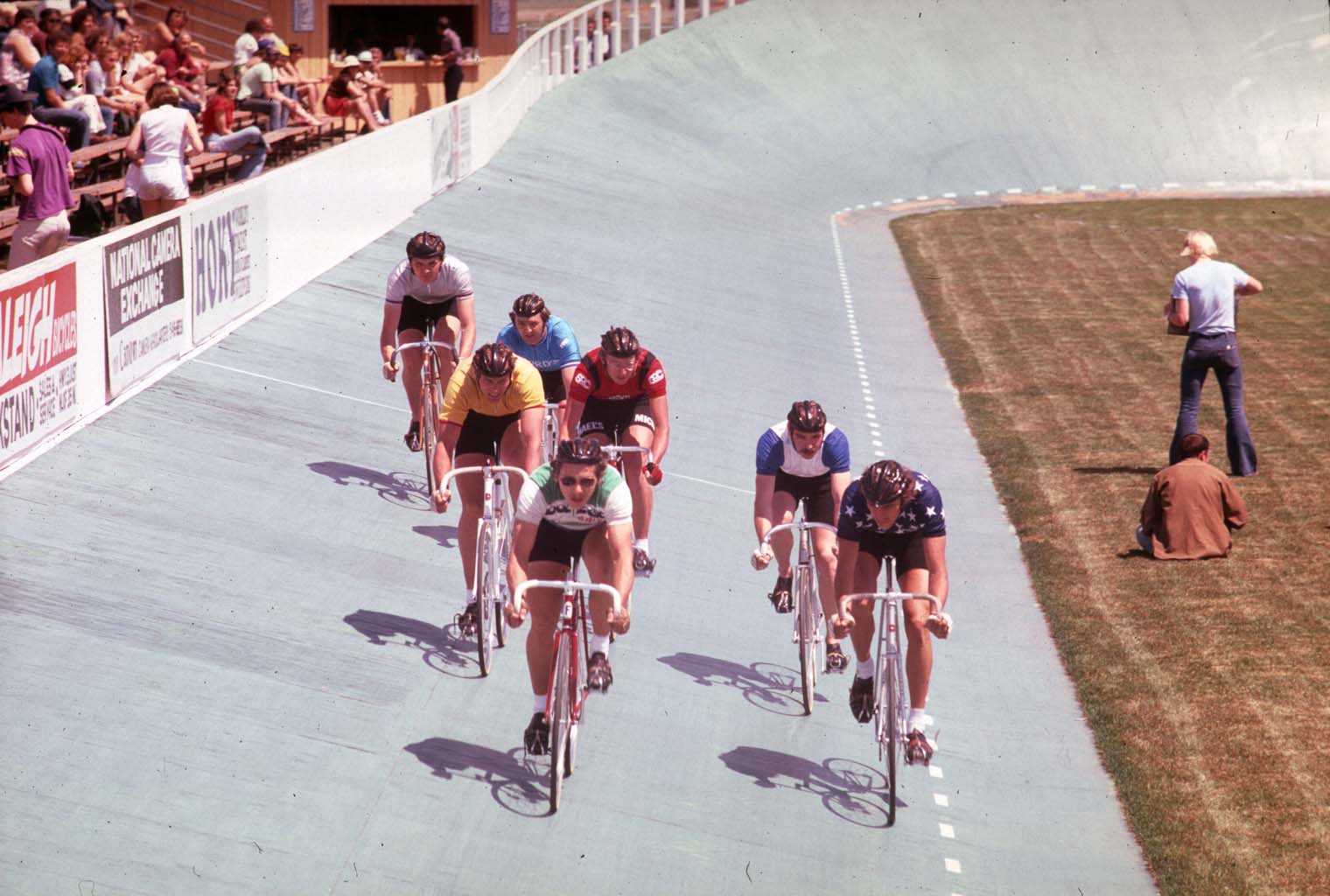 In the late '70s Behringer opened an outdoor bicycle track in Shakopee, in the shadow of the current Canterbury Park. The 200-meter wood velodrome was only the fifteenth in the nation and he had high hopes that it would become a hub of bicycle racing. But the track had extremely steep 58-degree banks, making it a challenge even for experienced track riders.

Having invested his life savings into the track, Behringer was unable to secure a loan from the city of Shakopee for lights, concessions and a paved parking lot. Once Canterbury Downs opened Behringer saw property taxes skyrocket and his dream quickly became a nightmare.

Once the track closed down he toyed with the idea of donating the land to Hare Krishnas, thereby preventing the city from collecting any property taxes from the parcel. "I'm doing this to get even," he said, arguing that the city was more interested in booze and gambling and needed "a little religion." He never went through with the plan and the land was eventually sold off.

Former sports reporter RJ Fritz filed this report for WCCO just after the track closed down:

Interest in the Unknown

Cecil had another interesting facet to his life: a fascination with aliens, men in black and conspiracy theories.

Retired frame builder Terry Osell was one of Behringer's apprentices and explained, "He showed me files he had of top secret stuff for Area 51." A 1980's article in the Star Tribune listed Behringer as among a number of well-respected men of science who attended a lecture by New York professor Peter Rojcewicz on the topic of so-called "Men in Black." But, perhaps the most intriguing story of the unknown was relayed to me by Jimi Behringer.

After Cecil's death the family went through his things and had a garage sale. Jimi came across a book he had never seen before with a title something like, Social Intellectual Interface with Species from Other Galaxies. According to Cecil's son, a non-descript 'Man in (a) Grey' trench coat was there when the sale opened, paid the $10 asking price for the book and left, without a word.

Cecil Behringer died June 23, 1990, at the age of 73. His track was closed and life savings drained. But Cecil's career in metallurgy advanced the science by decades. Likewise, his true love and passion for cycling had touched and inspired many.

'Cec' had taught Terry Osell and Penn Cycle owner Pat Sorensen how to build bicycles, and they, in turn, have inspired another generation of frame builders, including Paul Wyganowski. Late in life he befriended and mentored a kid who is now known as 'Noelski', building world-class custom motorcycles at Defiant Studios in West St. Paul.

As an homage to his legacy, QBP's All-City line offers a track pedal called the Cecil Pro. A fitting way to remember a man whose impact on Minnesota's cycling scene is still being felt today, a quarter century after his death. 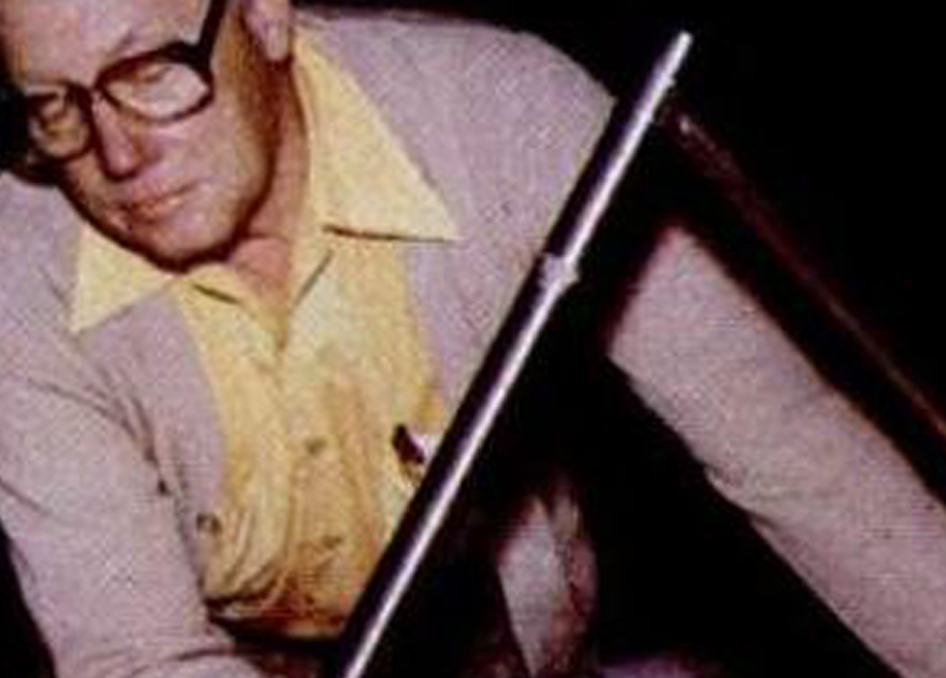