MANKATO, Minn. (WCCO) – When they heard kids saying, "There's nothing to do around here," some educators and parents of small children in southern Minnesota couldn't exactly disagree.

So about ten years ago, they started laying the groundwork for what is now the Children's Museum of Southern Minnesota.

Laura Stevens, who used to be a stay-at-home mom, became one of the founding board members.

"We wanted to capture kids' imaginations and give them a place where they could burn off some energy," she said.

In the process, they hope something bigger happens: a new connection with the community.

Karen Wahlstrom, a former early-childhood educator, also became a founding board member. She said one particular exhibit, the "Grow It Gallery," helps kids learn about agriculture.

"It's where children can pick the (imitation) vegetables, take them to market, take them out of the market, cook up something, serve it to their parents outside of the market," she said. "We want them to learn that southern Minnesota produces many of the foods, all of the foods that you see in the market."

The museum is designed to be a reflection of an area known for hard work. At a quarry exhibit, kids learn about working with other people. 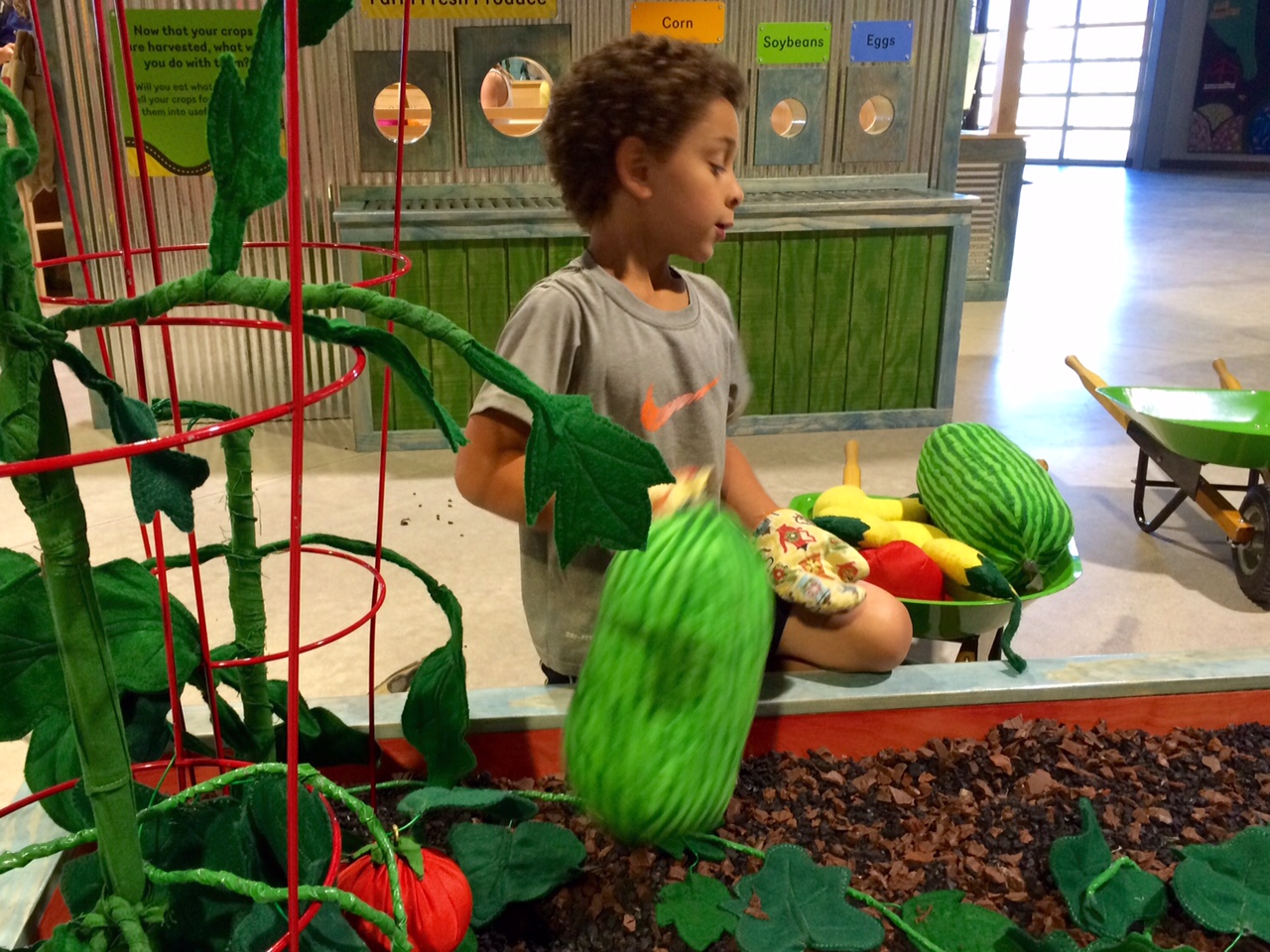 "They have to crank the machinery, and it sometimes takes two," Wahlstrom said. "And then they have to decide when they get the block up there where they're going to put it and what they're going to do with it. So it's lots of problem solving, lots of working together."

Problem-solving is what the adults needed in June of 2014. Floodwaters overwhelmed Mankato, including the place where all the museum's exhibits were waiting in storage.

The damage estimate was $100,000, with less than a year before the scheduled opening.

"It really became a rallying point for the entire community to double down on making sure this children's museum was going to be an incredibly special place," Olson said.

The fact that they pulled it together became a lesson of its own -- on the power of community.

"It opened on time, May 1," Stevens said. "It was a crazy spring getting ready. It was fun, though, fun to see everybody come together."

Olson said the first three months have been busier than expected, with more than 25,000 visits.

By this fall, they'll have a new outdoor space, and they're planning a Harvest Festival throughout the month of October.