According to the daily update from the health department, of the newly reported deaths, most occurred in December. Two Ramsey County residents in their late-30s and another in their 20s were among those who died. Total deaths attributed to COVID-19 is now at 10,671.

Total positive cases now stand at 1,049,310 since the pandemic began, with 16,913 of the cases being reinfections.

The latest positivity rate, a seven-day rolling average, continues to spike at an alarming rate. It went from 8.2% recorded in mid-December to 13.4% as of Dec. 28, due to data lag. 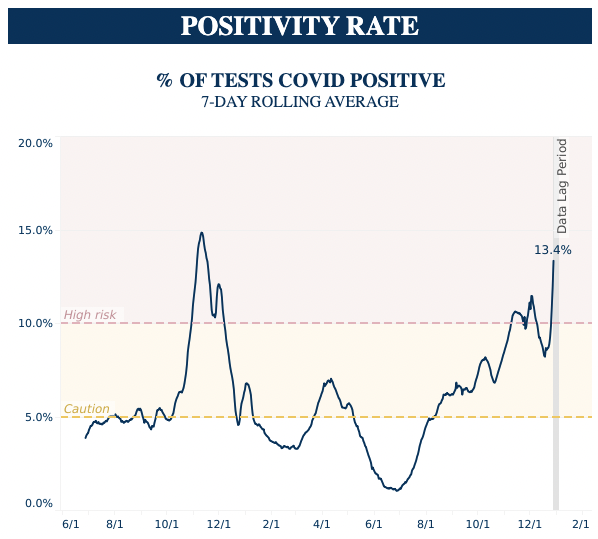 As demand for post-holiday testing remains high, state officials on Tuesday announced an expansion in testing that includes the opening of three more community testing sites, and an additional 1.8 million at-home rapid tests for students.

Over 16.3 million tests have been completed since the pandemic began.

About 67.7% of the state's total population has received at least one vaccine dose. Over 93% of seniors are fully vaccinated.