The Fourth of July is more than just the day that the United States gained its independence. The Fourth of July is a holiday for friends and family, a time to get together and remember what this country is all about, and what makes it great: the people. These Minnesota celebrations were created with that in mind. Fourth of July weekend is a time to get together with your loved ones, your neighbors and complete strangers that are out celebrating the same as you are. These are the best parties for Independence Day 2014.

And, once you're finished, check out this article to see where everyone was going last year here: Best 4th Of July Parties, 2013 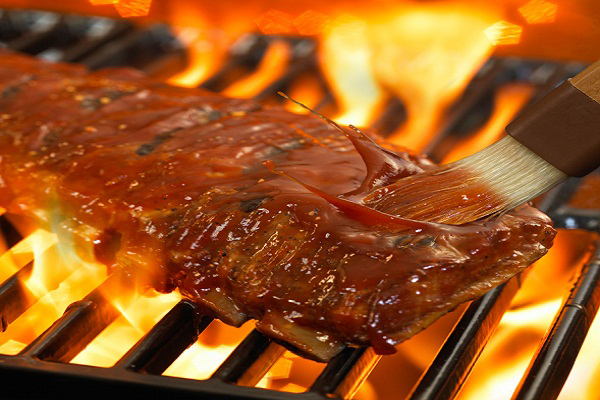 After a three-year hiatus, the Taste of Minnesota, the state's largest Fourth of July celebration, is back and better than ever. Taking place on Harriet Island in the capital city of Saint Paul, a music lineup that includes plenty of local as well as national acts, concessions ranging from El Burrito Mercado's tacos to bubble tea from Val's Pinoy Grill to pulled pork sandwiches from Bennett's and plenty of rides and other fun make this the Independence Day party you won't want to miss. And you shouldn't, as it runs July 3-6 you'll have all weekend to make it down to the capital city.

The Red, White and Boom celebration in Minneapolis is one of the best places to watch the fireworks and it also features food and music for the whole family. The celebration spreads around the Mill Ruins, Father Hennepin Park and Stone Arch Bridge area, with different events for every age group every day. There will be a 5k and half-marathon, as well as music, games for the young and young at heart, and for the grand fireworks finale, there will be plenty of room to throw down a blanket, grab something to eat or drink and enjoy the show. 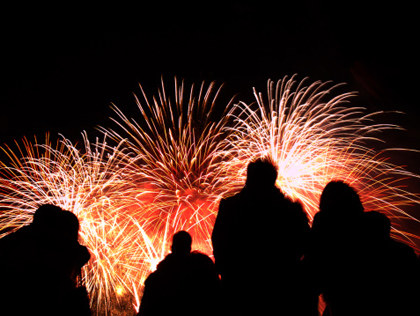 An enormous festival that spans the week leading up to the fourth, Freedom Days has something for everyone: 5k races, carnival for the youngsters, dances for teens, food and music, and, of course, a spectacular fireworks display to wrap things up when the sun goes down on the fourth. To participate in the party, you need only to show up with a positive attitude, but if you're looking to compete in any of the races, or the golf tournament, sign up on the website. At the very least, make sure to show up on Independence Day with a blanket and a cooler ready to watch some fireworks with the rest of the city.

Related: Fireworks, Grilling Safety Tips For The Fourth Of July

Just outside of St. Paul, you can leave the city completely behind and enjoy the serenity of the lake, although don't expect any serenity at this Fourth of July party. Like Apple Valley's Freedom Days, Manitou Days began early, starting on the 19th of June with the kick off of Marketfest, which will lead up to the big day with over 60 events, including the Grand Parade. The entire area becomes one big carnival during Marketfest, with food stands and plenty of fun and games. When the fireworks start exploding and filling the sky with color and light that reflects across the face of the water, you'll know you went to the right celebration.

A party that includes pig races, pie-eating contests, a craft fair, a parade and music sounds like a pretty good way to spend the Fourth of July. Spanning the entire city, there are events for all ages leading up to the fireworks show, and, as the entire city gets involved in putting on this celebration, it makes sense that it wouldn't be confined to just one area. You can feel the fun, patriotic spirit in the air as you arrive, calling you to indulge on the best food and fun Minnesota has to offer.

Adrian Schramm is a resident Saint Paul writer with a passion for all things local. Through his work with Saint Paul Almanac and Minneapolis Examiner at Examiner.com, as well as in the kitchens of bars and restaurants around town, he has discovered what truly makes the Twin Cities tick.