You may consider yourself a Minnesota expert, but even the most knowledgeable may be surprised by parts of the state's long history. Here are five Minnesota facts you may not know — you may find something to impress your friends or simply to amuse yourself.

From 1944 to 1946, the U.S. Military Intelligence Service Language School (MISLS) was located at Fort Snelling, where thousands of men and women were trained as linguists and intelligence workers for service in the Pacific Theater of WWII. The students were in such demand that 6,000 eventually graduated from the top-secret program. According to Historic Forth Snelling Program Specialist Matt Cassady, following the war U.S. military officials estimated that their contributions shortened WWII by at least two years and saved millions of American and Japanese lives. Many of these students served during the occupation of Japan after the war as well.

With humble beginnings, Great Northern Railroad executive and "empire builder" James J. Hill spared no expense in business or in luxury. Hill spent $931,275.01 on his house on Summit Avenue in St Paul according to Jessica Sutherland, acting program supervisor at James J. Hill House. Comparatively, Hill constructed the 2,100-foot-long stone arches for $650,000 in 1881 that to this day spans the Mississippi in Minneapolis.

Minnesota Had The First Bridge To Span The Mississippi River

The Hennepin Bridge was built in 1855. This suspension-type bridge was about 1,000 feet long and was first anywhere in the country to span the Mississippi. Though its years were marred with safety concerns and natural disasters, it was essential to those traveling to Nicollette Island from Minnesota. The bridge operated for 20 years before the opening of a second suspension bridge rendered the Hennepin Bridge unnecessary. 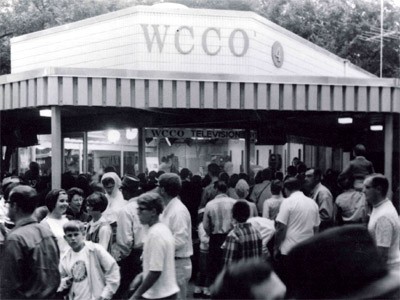 Minneapolis and St. Paul were huge rivals over who would host the Minnesota State Fair before it got its permanent Midway location in 1885. Minneapolis even went so far as to create its own fair and hold it the same week as the state fair starting in 1878 because the city was furious that the state fair was being held in St. Paul after Minneapolis had just hosted a successful state fair in 1877.

The Minneapolis fair was led by William S. King (who's the namesake of the Kingfield neighborhood in Minneapolis), a prominent Minneapolis newspaperman, and continued every year until the 1880s. "King's Fair" became known for extravagant attractions and stunts. In 1881, it held a hot air balloon stunt where it promised that riders would be taken from Minneapolis to Boston or New York, depending on the wind. In reality, after the balloon took off (and it was full of national newspaper reporters), it made it about seven miles before it landed in a pasture in Ramsey County.

Founder And First President Of St. Olaf College Bernt J. Muus Was Involved In A Landmark Divorce Case In The 1870s.

Divorce was rare in Minnesota and the case triggered a public debate about married women's legal rights. Muss' wife, Oline, first sued him in 1879 for access to an inheritance her father had left her. She was granted a limited divorce from him in 1883, though Bernt was given custody of their children. The case went up to the Minnesota Supreme Court.

St Olaf alum Lauren Peck says Muus was generally neglectful of his family and stingy; he would only let them heat a single room and the kitchen during the harsh winter. His son also died of typhus while he was dedicating St. Olaf's Old Main building, so family was clearly not his first priority. His character is not well regarded at St Olaf, and that is reflected in the fact that no buildings are named after him, even though he was a founder. Peck says the only remnant of him on campus is a bust in Old Main. Its nose is all shiny because students over the years will rub it for luck on tests, which she is certain Muus would find super abhorrent given his super pious Lutheran minister personality.

Robin Johnson was born in Annandale, Minn. and graduated from Richfield High School and then the University of Minnesota where he studied Political Science, Business and Industrial Relations. A writer for Examiner.com, he also consults with a variety of organizations and individuals helping them develop and grow. His work can be found at Examiner.com.