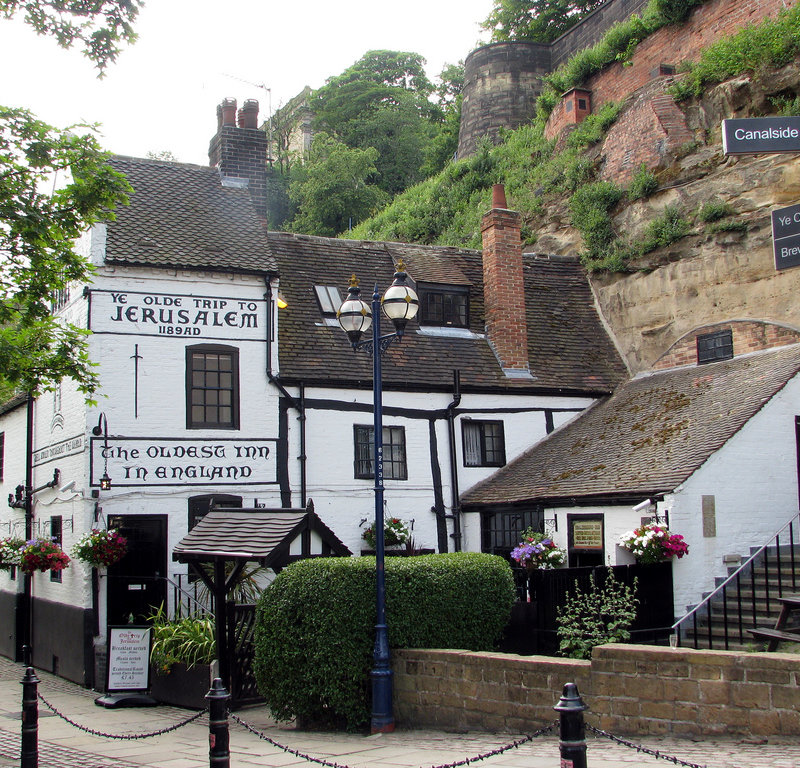 For some, traveling is about soaking in local culture. For others, it’s soaking in local booze. Hit two birds with one stone at any of these 15 truly old-school establishments – most of which are older than America, have seen crusaders pass through on the way to the Holy Land, and where happy hour meant living to see another day without getting burned at the stake. 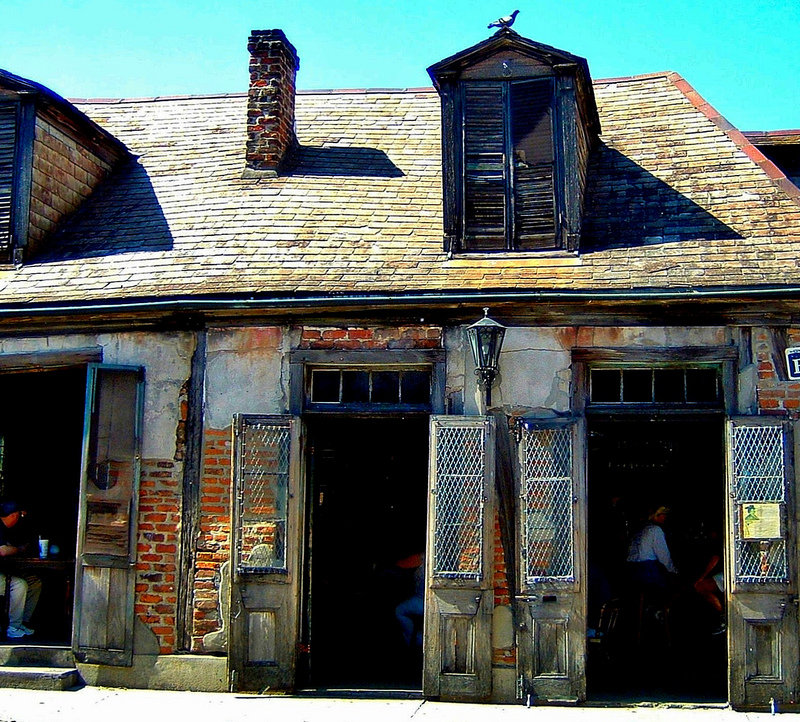 Lafitte’s Blacksmith Shop Bar --  est. 1722
New Orleans, LA
This wooden shack is reputed to be the oldest structure used as a bar in the US.
Fun fact: It’s also said to be the site of the Lafitte Brothers’ Barataria smuggling operation. 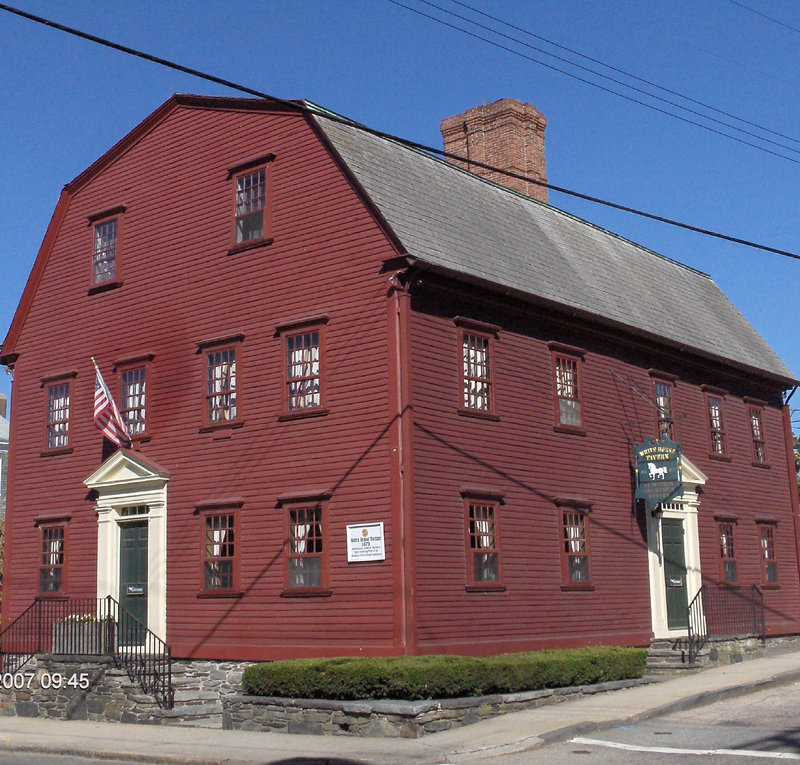 White Horse Tavern -- est. 1673
Newport, RI
A private home from 1652 to 1673, it’s called the White Horse Tavern because back in the day not everyone could read, and a white horse signified a tavern.
Fun fact: It’s allegedly the birthplace of the modern business lunch; in 1708 city councilors had lunch here and charged their meals to the public treasury. Nice one, guys.

Related: Exactly What To Tip Around The World 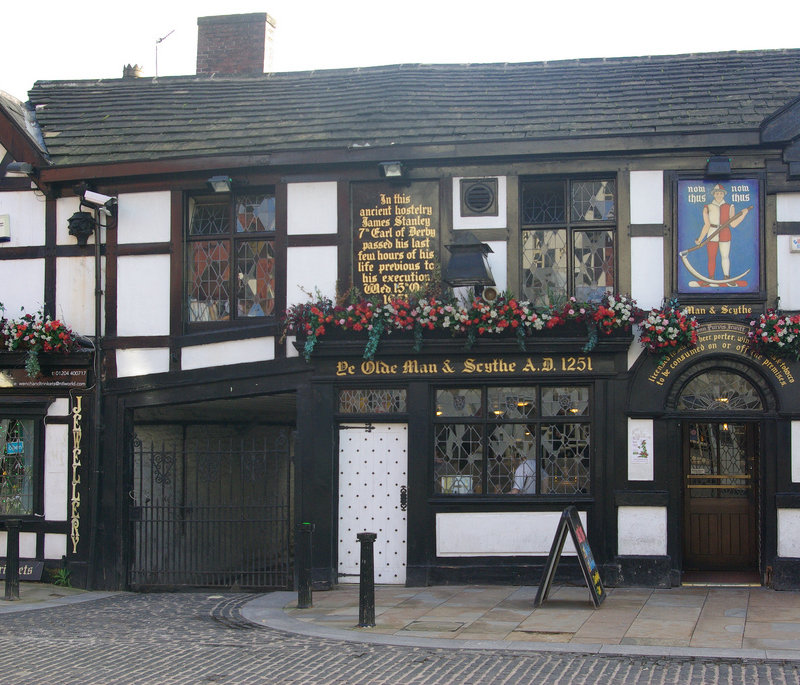 Ye Olde Man & Scythe --  est. 1251
Bolton, England
This pub’s name derives from the crest of the Pilkington family that owned it; legend has it that an ancestor, being persecuted after Norman Conquest, disguised himself as a mower and escaped.
Fun fact: James Stanley, 7th Earl of Derby, had his last meal here before stepping outside to be beheaded for his involvement in the Bolton Massacre (when royal-led forces stormed the town and killed over 1,600 people). We hope the food was good. 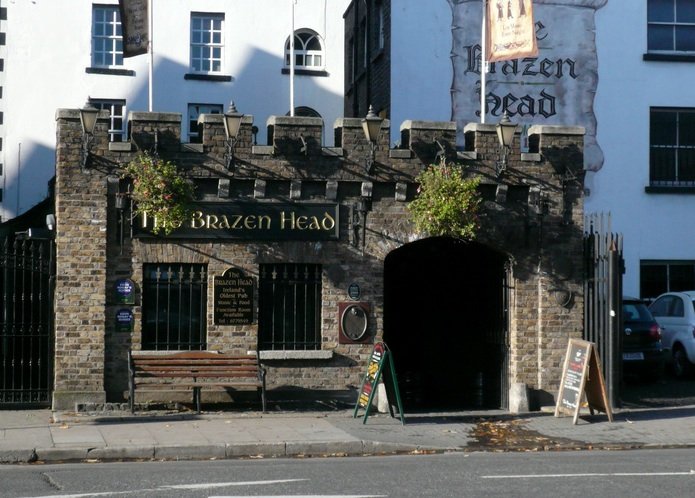 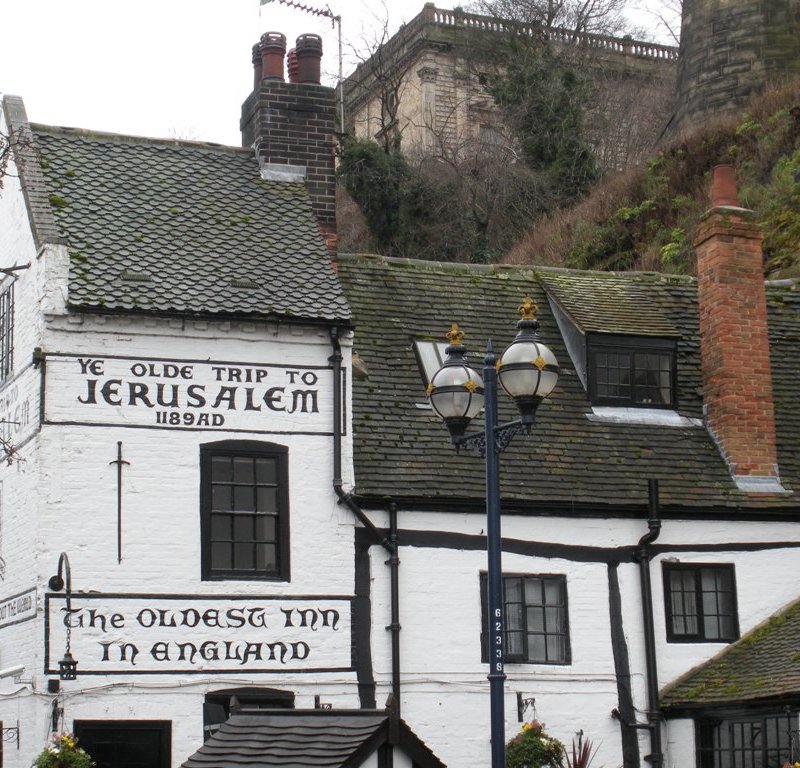 Ye Olde Trip to Jerusalem -- est. 1189
Nottingham, England
Brits have a pretty epic drinking culture, which clearly dates way back. Allegedly, crusaders on their way to the Holy Land liked to make a pitstop here, and it’s rumored that Richard the Lionheart himself had a pint here.
Fun facts: a) It’s apparently haunted; b) It’s built next to a bunch of caves, which were used as a brewery as far back as the 11th century, and now contain a drinking room. Like drinking in caves? Then check this out. 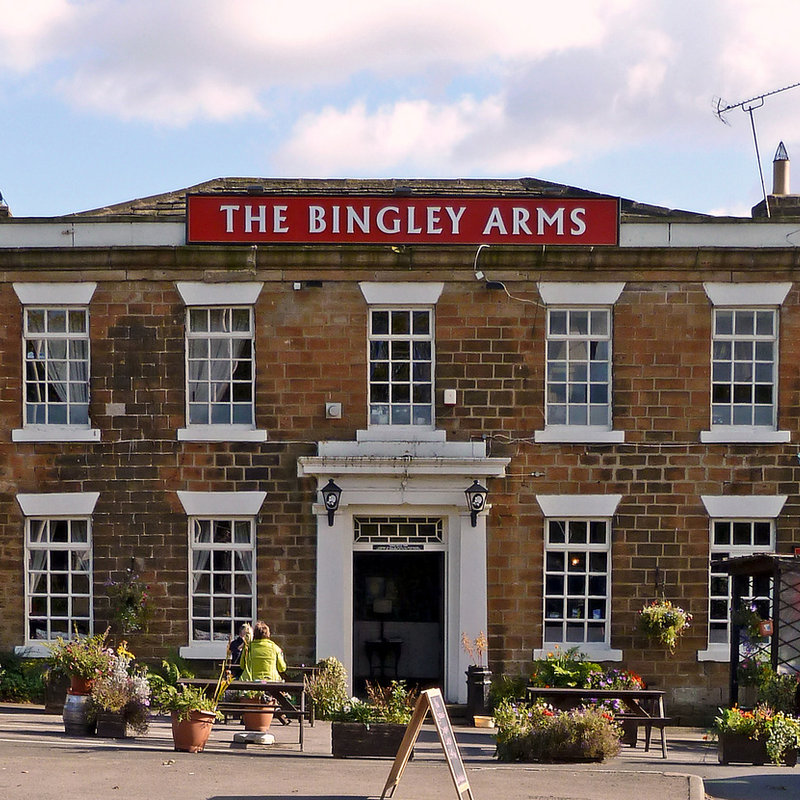 The Bingley Arms -- est. 953
North Leeds, England
This pub is the oldest in Britain (no thank you, Guinness), and while official records say it opened in 953AD, evidence suggests it may go back as far as 905AD.
Fun fact: Formerly The Priests Inn, this pub claims to have served as a safe house for persecuted Catholic priests (and also as a courthouse). 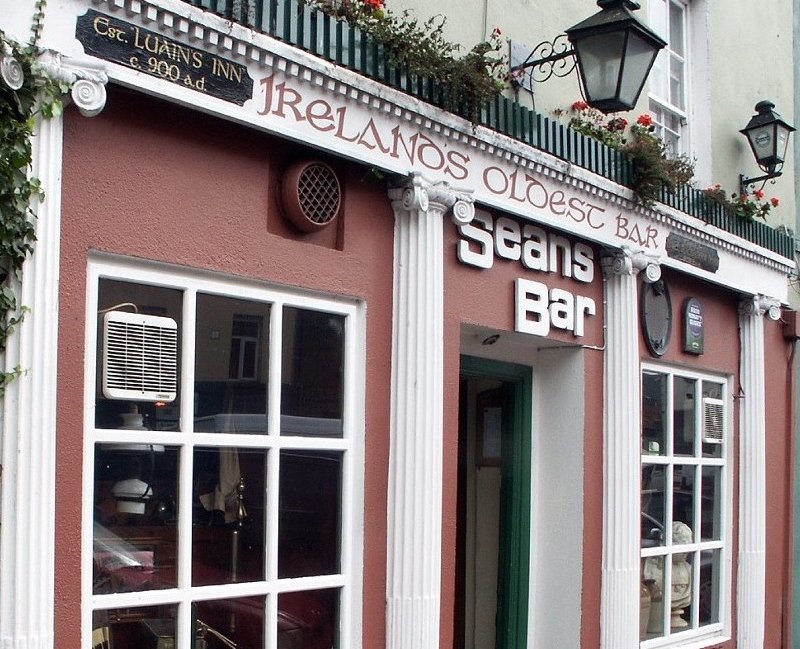 Sean’s Bar -- est. 900
Athlone, Ireland
The Guinness Book of World Records claims that Sean’s Bar is the oldest pub in Ireland, if not the world. Renovations found that the walls were even made from wattle and wicker, which is both fun to say and very, very ye-oldy-worldy.
Fun fact: Boy George owned Sean’s in 1987. 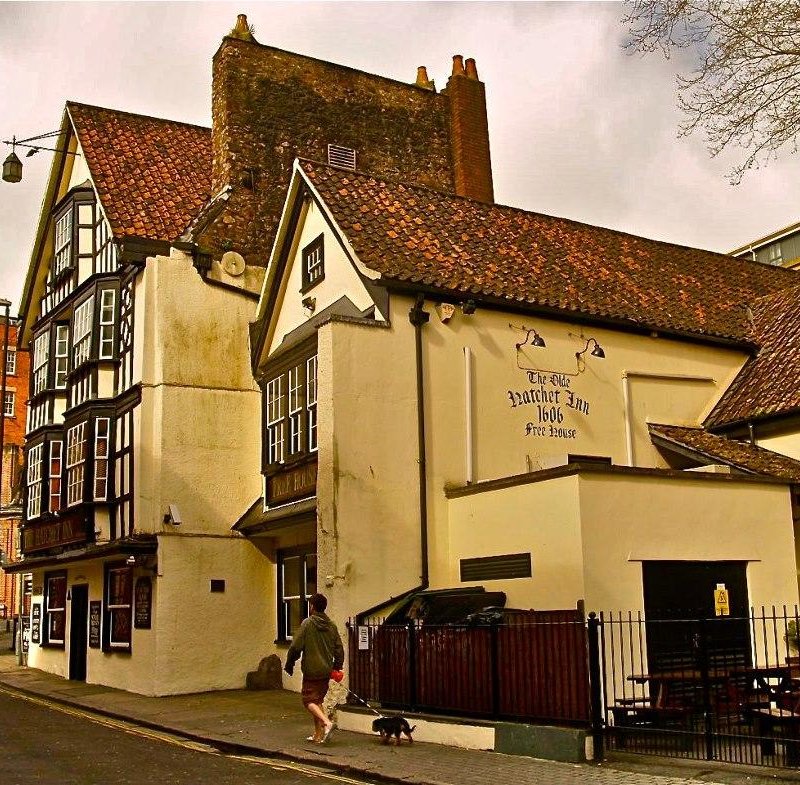 Hatchet Inn -- est. 1606
Bristol, England
The Hatchet Inn is believed to be named for the many local woodsmen that frequented it.
Fun fact: Locals whisper that underneath layers of paint, one of the doors is coated in human flesh. So maybe that’s where the name came from. 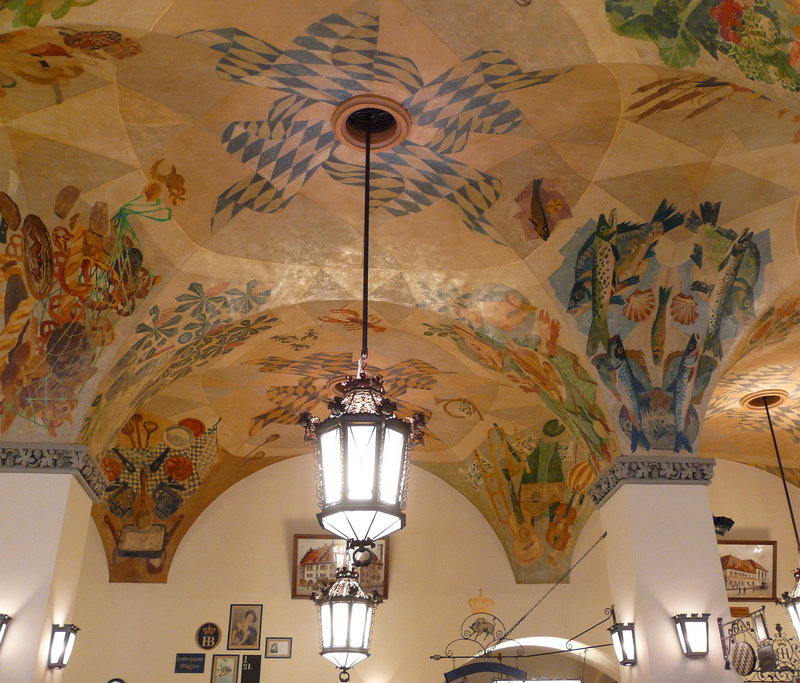 Hofbräuhaus -- est. 1589
Munich, Germany
Founded by the Duke of Bavaria, this brewery is now owned by the Bavarian state government.
Fun fact: What do Mozart, Lenin, and Hitler all have in common? They loved the Hofbräuhaus. Also, during the Thirty Years’ War in 1632, King Gustavus Adolphus of Sweden invaded Bavaria and threatened to burn Munich to the ground… but agreed to nix that plan if the city surrendered some hostages -- and 600,000 barrels of Hofbräuhaus beer. 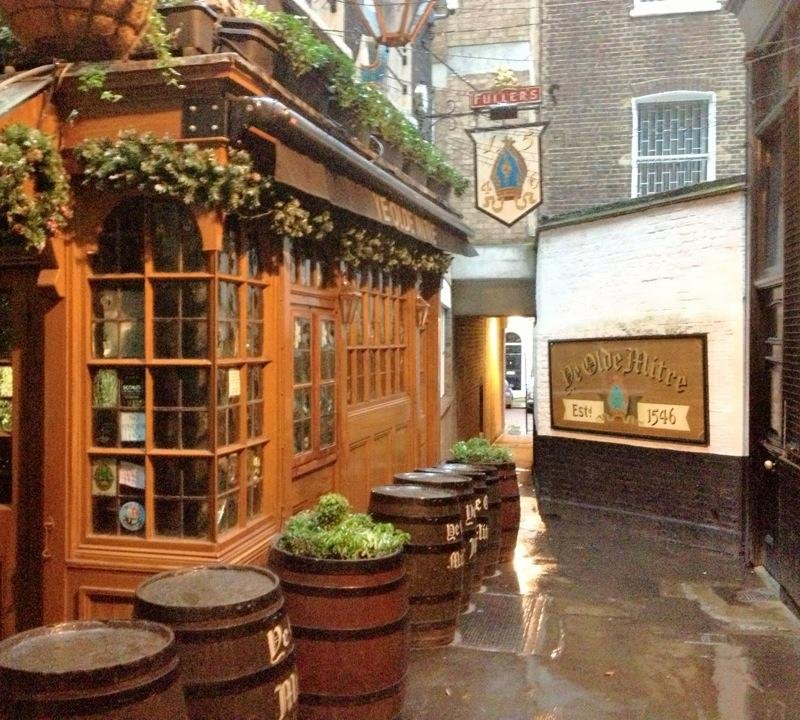 Ye Olde Mitre Tavern -- est. 1546
Holborn, England
Originally a watering hole for the help (the servants of the Bishops of Ely), this place is most famous for housing a cherry tree that Queen Elizabeth once danced around with Sir Christopher Hatton (Brits, who knows).
Fun fact: Martyrs and traitors and thieves and whoever were hung pretty much on its doorstep. 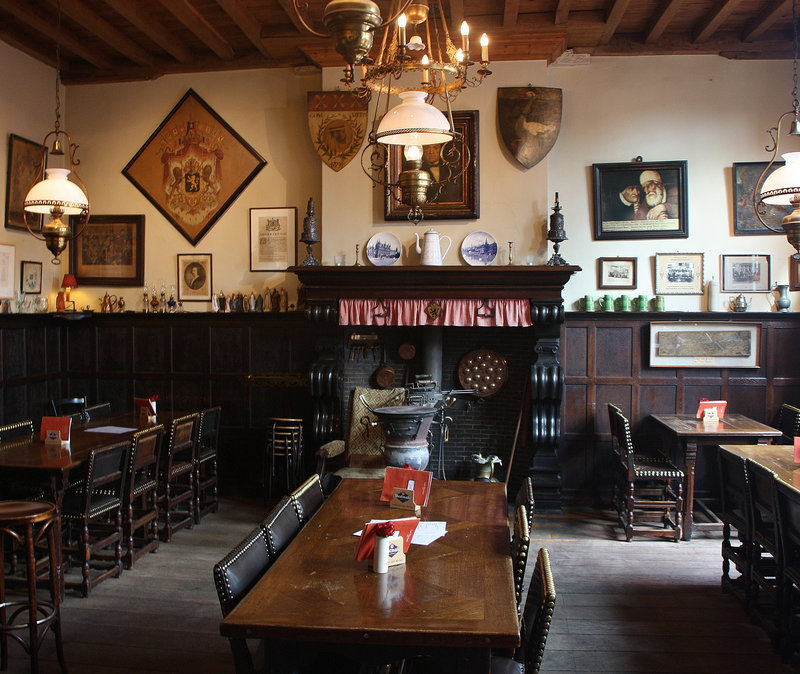 Herberg Vlissinghe -- est. 1515
Bruges, Belgium
This bar was a fave hangout for artists.
Fun fact: Local lore has it that Baroque painter Peter Paul Rubens dined and dashed here by painting a fake coin on the table. 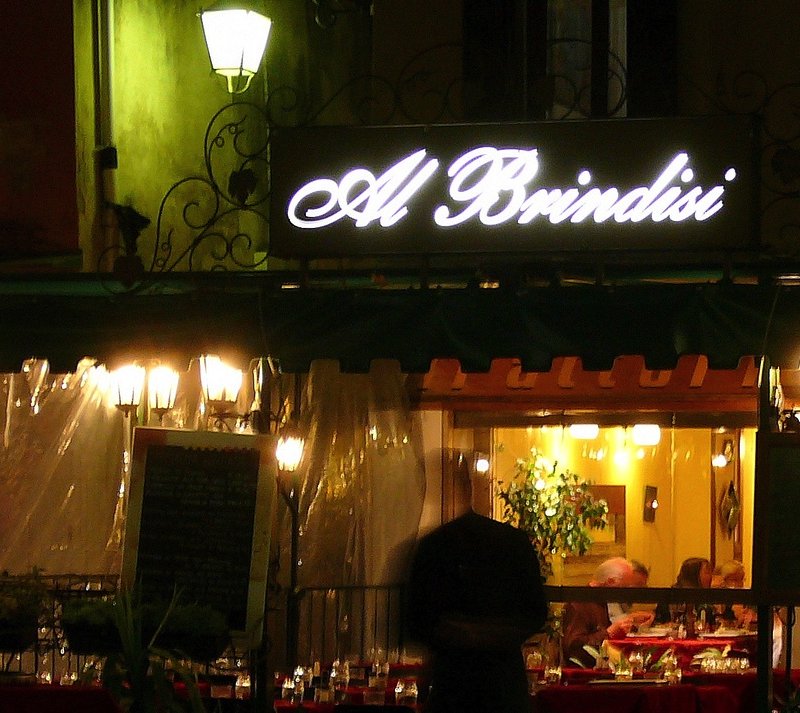 Al Brindisi -- est. 1435
Ferrara, Italy
Guinness calls this wine bar the oldest osteria in the world.
Fun fact: Copernicus (yeah, the astronomer guy who figured out that the sun was the center of the universe) lived upstairs and was a regular here. 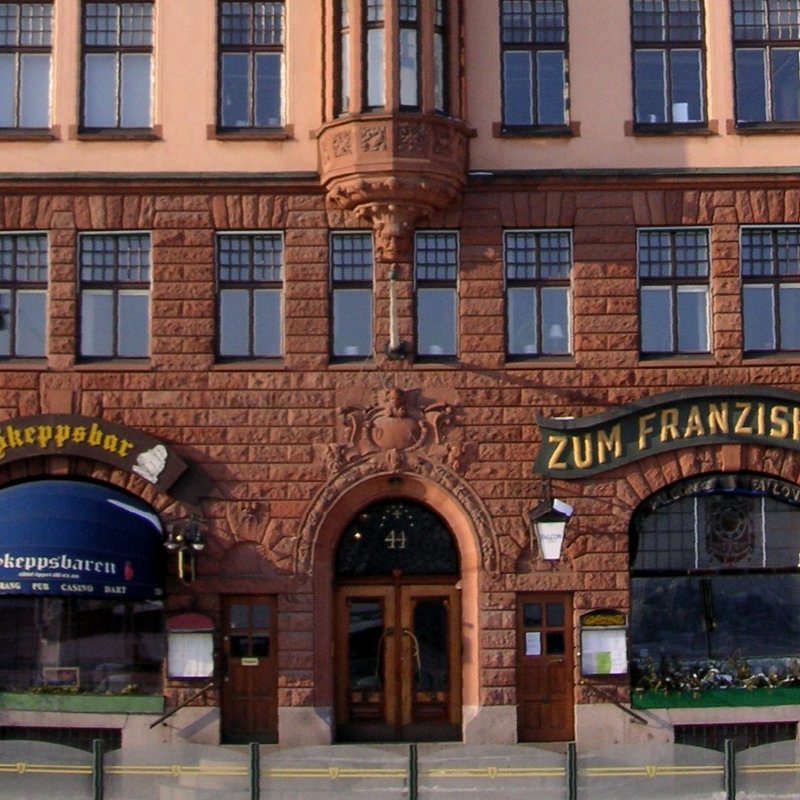 Zum Franziskaner -- est. 1421
Stockholm, Sweden
This beer cellar/ resto was imported to Sweden by German monks who knew what was up. Today, it features an eclectic mix of German and Swedish specialties.
Fun fact: They have their very own Weissbier. 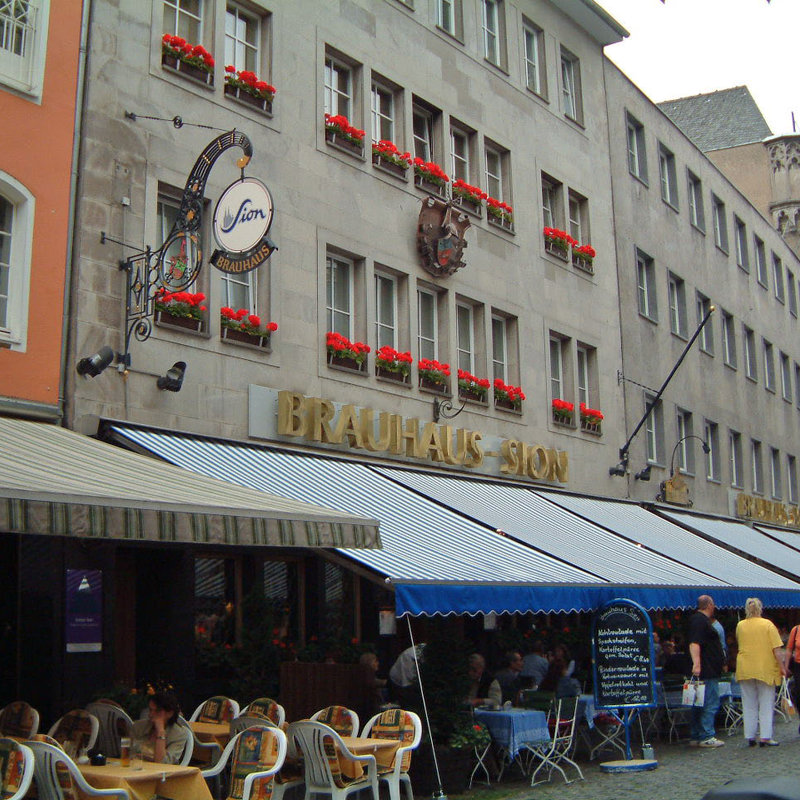 Brauhaus Sion -- est. 1318
Cologne, Germany
This place’s specialty is their Kölsch beer, which, much like champagne, is a local delicacy that must be brewed exclusively in and around Cologne to be called a Kölsch.
Fun fact: The only thing that ever got between this brewery’s golden nectar and a thirsty German was WWII -- in 1942 it was totally destroyed, and couldn’t be rebuilt until 1951. 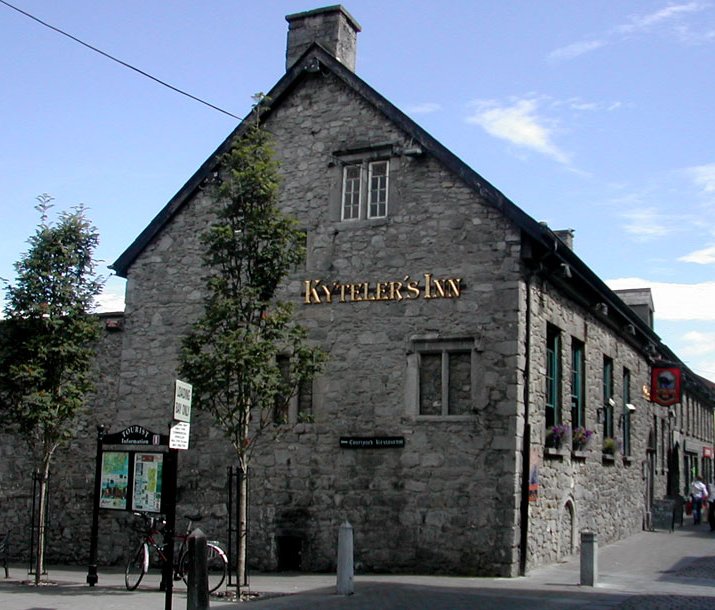 Kyteler's Inn --  est. 1324
Kilkenny, Ireland
We can’t even imagine the amount of Kilkenny that's been poured inside these walls.
Fun fact: Founder Alice de Kyteler married four times, getting richer with each divorce (as one does). She was eventually accused of witchcraft and sentenced to burn at the stake, but escaped to England before that could happen.