Average Fantasy contributors can often fall through the cracks.

For the first two years of his career, Todd Frazier was just that. Lack of playing time left him as the best reserve option at the hot corner in 2012 and a low batting average prevented him from emerging in 2013.

When players like Frazier eventually show growth, it tends to take a while before owners catch on. Because Frazier has been average in the past -- and disappointed owners before -- there’s a stigma that keeps him on the wire longer than he deserves.

Frazier’s emerged in his third season flashing some slight gains, and the improvements might be enough to make him a useful Fantasy contributor.

Frazier has made some subtle improvements to his game in his third full season. His strikeout rate, which had previously limited his ability to hit for average, has dropped to a more manageable 17.3 percent in 2014. That’s reason enough to believe he might hit over .260 this season. Given the power Frazier can provide at a tough corner position, he would be an incredibly valuable Fantasy third baseman. Playing all his games at home this week should help.

Players I would start him over: Trevor Plouffe, Brett Lawrie, Xander Bogaert

There are plenty of reasons to believe Kuroda’s iffy start this year is due to bad luck and not his age finally catching up with him. Kuroda is striking out batters at his career rate, and he’s managed to limit walks more than usual. The main issues plaguing him are an elevated BABIP and a low strand rate. Pitchers tend to strand 70 percent of base runners and Kuroda is currently sitting at 58 percent. His career average of 72.7 percent points to a turnaround. Playing two weak offenses doesn’t hurt either.

Players I would start him over: Rick Porcello, Dillon Gee (one start), Jason Hammel (one start) 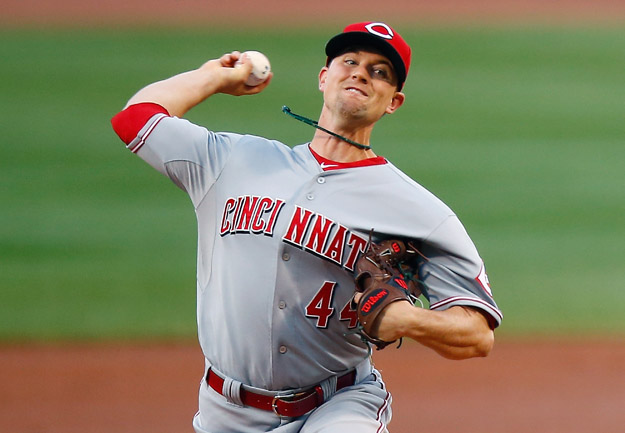 There’s no one category where Leake really excels as a Fantasy pitcher. His low walk rate is nice, and his ground ball numbers this year have been promising, but he’ll never rack up high strikeout totals. Leake is simply the best cheap two-start pitcher out there. Both the Padres and Phillies rank in the bottom third of the league offensively, making his matchups at least somewhat interesting. It’s tough to get excited for Leake, but there’s upside here if you’re desperate for help.

Maybin’s been effective since his return, though the sample is incredibly small. Still, he’s intriguing for two reasons. One, he plays in two of the best hitter’s parks in the game. Two, he’s altered his approach at the plate. Maybin began using a "toe-tap" during his swing in late 2012, which led to a .283/.333/.402 slash line over the second half. He was too injured last season to build on that success, but he’s showing the same hitting mechanics in 2014. Given his early success -- and his matchups -- he could be a useful cog in a deep league.

Players I would start him over: Khris Davis, Curtis Granderson, Alejandro De Aza

The walk rate remains a concern, but Richards' season has been a success thus far. While the majority of Fantasy owners have started to take notice, Week 7 could provide a chance for a big start. The Phillies rank in the bottom third of the league in walk rate, so Richards’ control issues may be less of a problem here. Given the Angels' high-powered offense, he could wind up picking up an easy win against the Phillies

Players I would start him over: Corey Kluber, Dallas Keuchel, Ervin Santana 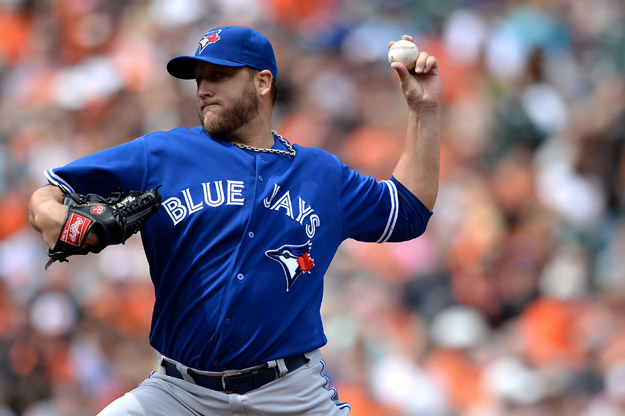 Buehrle is doing two things that are out of the ordinary this season. He’s not giving up home runs at a high rate -- just one in 47 innings -- and he’s not allowing base runners to score. Unfortunately for him, neither number is sustainable moving forward, so any thought he was having a breakout at age 35 should be squashed. His lack of strikeouts has limited his Fantasy value for years. He’ll fall back soon.

Players I would start instead: Hiroki Kuroda, Jake Peavy (one start), Homer Bailey (one start)

The long-term outlook on Porcello is actually somewhat positive. He’s quietly taken some steps forward in recent seasons, but there hasn’t been a true breakout just yet. While this could be the year it all comes together, Porcello faces some less-than-desirable opponents Week 7. Camden Yards will do him no favors and the Red Sox offense is always dangerous. Give Porcello some time off and get him back in your lineup for Week 8. 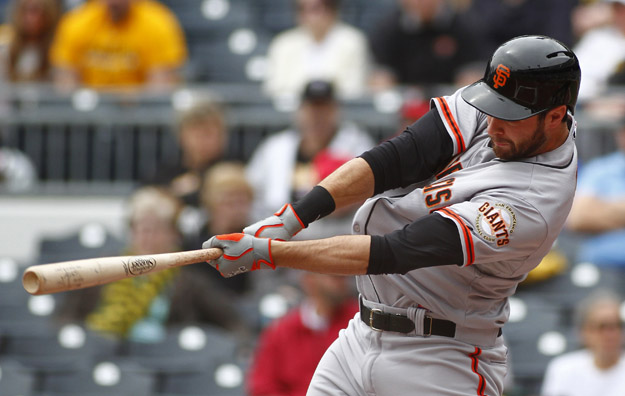 After a hot start, Belt has come back to Earth. One of the more troubling trends to emerge this season has been an elevated strikeout rate. Belt is striking out in 27.1 percent of his plate appearances, which puts him in similar territory to Adam Dunn and Garrett Jones. The gains in slugging have been nice, but it’s awfully tough to go yard in San Francisco.

An elevated strikeout rate has already led to some decline in Plouffe’s numbers. A .356 BABIP, which is also likely to fall, won’t help the situation either. Even with the good luck on balls in play, Plouffe is hitting just .262. Though the power will eventually come, it’s time to worry whether he’ll provide enough to live with the less than stellar batting average. His hot start has faded. It’s time to look elsewhere.

Burnett has a shiny 2.90 ERA, but he simply hasn’t pitched that well this year. His 4.41 FIP (Fielding Independent Pitching), indicates regression is in his future. Burnett has had issues in a few areas. He’s clearly missing the fantastic receiving skills of Russell Martin as evidenced by his decline in strikeout rate. He’s also walking close to four players per nine innings, which he hasn’t done since he was in New York. A matchup against the hot-hitting Angels seems like a good time to get Burnett out of the lineup.