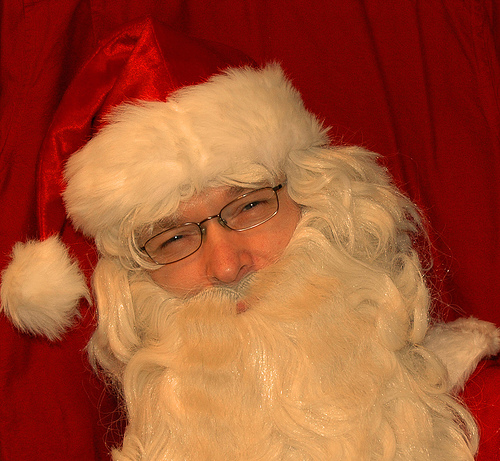 It's time for the dreaded office Christmas party, complete with lousy food and a "Secret Santa" game.  But, what if you could really be secret?  What if your lucky recipient would never, ever, not in a million years find out who gave them the gift?  Here are 6 suggestions for anonymous holiday gift giving.

He calls your clients.  He wants to be cc'd on every e-mail.  He's driving you crazy.  Since he wants to be involved with every detail, perhaps this digital microscope will help him further examine that monthly report.

This boss might be good or might be bad.  It's hard to tell since you never actually see her.  You get no guidance, no mentoring, and no follow up.  In fact, you have complete freedom to do whatever you want to do, which would be wonderful if you had any idea what you were supposed to be doing.  Heck, it would be helpful if you could actually find her.

And that's why this GPS Tracker is the ideal holiday gift for this boss.  Okay, so it's not for her, it's for you.  But stick it in her briefcase or purse and while you still won't  know what you are supposed to be doing, you'll at least know where she is.

Every sniffle sends this coworker running home.  Or rather, keeps him from coming in in the morning in the first place.  While the rest of you slog through the quarterly reports with runny noses and hacking coughs, this person is convinced that his sniffle means that death is imminent.  If a disease is on the morning news, he's sure he has it by lunchtime.

And while an imminent death might be better for morale (frees up the headcount, after all), it's not likely.  In order to keep him from running to the doctor for tests, you can give him an assortment of home diagnostic tests.  He can test for Cancer during his morning coffee break.

It doesn't matter if you have a PhD in physics, this person knows more about physics than you do.  Yes, his degree is in bassoon performance, but if you were just as smart as he is you would know that he's right.  In fact, he knows everything about everything.  That project you're working on?  He can tell you how to do it "better."  Your boyfriend problems?  He has the solution.  It's so handy to have one of these around.

This t-shirt has the advantage of making the know it all think his secret Santa really is impressed with his vast knowledge, while everyone else knows it's a joke.  Unfortunately, it won't shut him up either.

It really doesn't matter if it was the latest thing he hacked up while coughing or details of his "date" last night, you know all about it.  Everyone knows all about it.  But, my goodness you sure wish you didn't.

Since he's so adept at sharing things no one wants to know, he'll love this:  The Wifi Scale.  It can send this guy's weight to Twitter or Facebook for him.  Think of what a blessing this will be in his life.  Now he can share without even opening his mouth.

This is the person who has lost your insurance open enrollment form 3 times.  When you had a problem with an irrational manager (with tons of documented evidence to back you up), she took the irrational manager's side and you got written up.  She says people are the most important part of the company, but won't return phone calls and takes forever to approve promotions.

If there was ever a person who needed a clue, it's this HR manager.