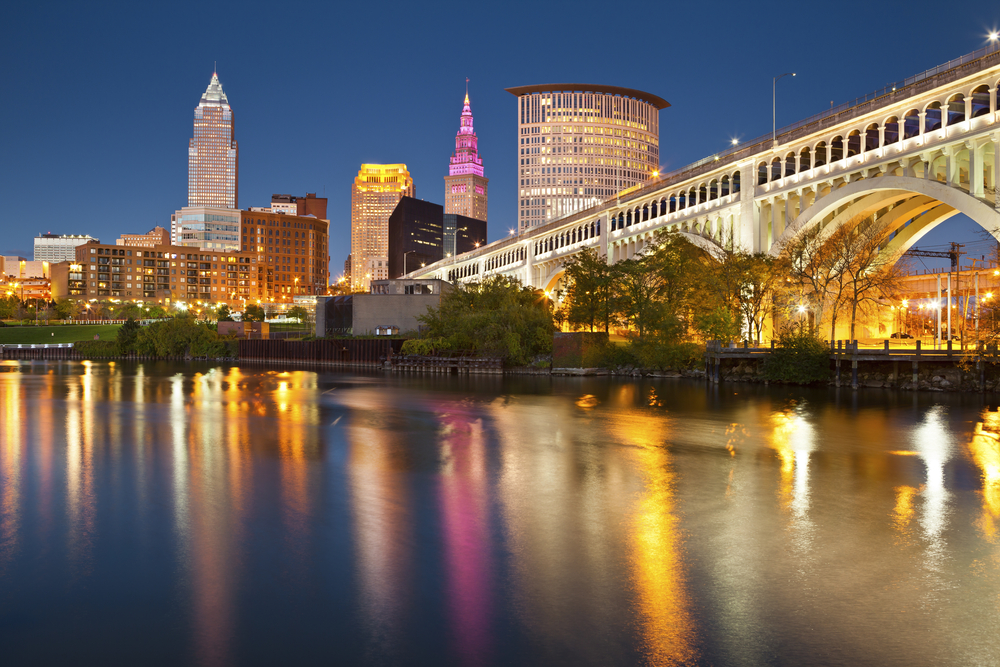 (MoneyWatch) Scared of hurricanes, tornadoes and fires? Head to Ohio.

Three of the top 10 cities in the U.S. least likely to be destroyed by a natural disaster are located in the state, according to Trulia. Tapping data from the National Oceanic and Atmospheric Administration, U.S. Forest Service and FEMA's National Flood Insurance Program, the real estate research firm compiled a list of the cities around the country with the lowest risk of being flooded, rocked by earthquakes, battered by hurricanes, struck with tornadoes or burned by wildfires.

Another benefit these safer cities enjoy: They tend to be affordable compared to locales in places like California, Florida and Hawaii where natural disasters are more common. There are reasons why, say, a house in Honolulu is pricey -- impeccable weather, breathtaking views, exciting urban nightlife -- but that won't help when the earth starts shaking.

In fact, when a natural disaster occurs, homeowners are almost twice as likely to default on their mortgage in high-risk areas than in more sheltered regions, according to mortgage research provider CoreLogic.

While most of the cities listed below escape the scariest disasters, they do have weather-related issues, particularly heavy snowstorms, that shut down even the biggest cities. Many of the cities are also struggling with man-made problems, such as high unemployment and other recession-era fallout.

Located on the northwest edge of Detroit's metropolitan area, these three suburbs may not be vulnerable to natural disasters, but they certainly aren't safe from the financial disaster of the city they surround -- bankrupt Detroit. But besides the occasional heavy storm, over its history the area has remained fairly disaster-free.

Colorado does suffer from its fair share of wildfires -- a problem that could be on the rise because of global warming -- but Denver has remained relatively safe. One fire got close enough to the city in June to shroud it in smoke, but it never breached the area.

Chicago's biggest natural disasters are its snowstorms, with the most recent -- the 2011 Groundhog's Day blizzard -- trapping cars on Lake Shore Drive and largely shutting down the city for the day. And that was only the third-worst storm in recent history.

Located northwest of Philadelphia, Allentown is the third-largest city in Pennsylvania. Though the area still braces for the effects of hurricanes as they move inland, Allentown has never seen any significant damage.

Dayton holds the record for the greatest natural disaster in Ohio history, based on lives and property lost, for the Great Dayton Flood of 1913. Afterward, a major flood control district was established. The Miami Conservancy District has kept Dayton safe from flooding more than 1,500 times, according to the city.

Located just outside Washington, D.C., the Bethesda area is not far from the Atlantic Ocean. But fortunately for the area, the risk of intense hurricanes decreases significantly north of Cape Hatteras, N.C., and west of the Chesapeake Bay.

For the four safest cities on Trulia's list, flooding is the greatest risk. Floods can hit any state, but these places just tend to see less of it. That includes Buffalo, although the city hard on the edge of Lake Erie is prone to heavy snow.

Akron's big disaster was a tornado in 1943, although details on the storm are scarce.

Besides a few storms that cause some damage from wind and rain, Cleveland hasn't seen any major natural disasters.

Syracuse is located in a pocket of upstate New York that just doesn't see much in the way of natural disasters. There's little flooding, no wildfires, no hurricanes, no earthquakes and no tornadoes. The area was recently hit with heavy storms that caused some damage, but even then the National Weather Service debunked the idea of a tornado touching down.