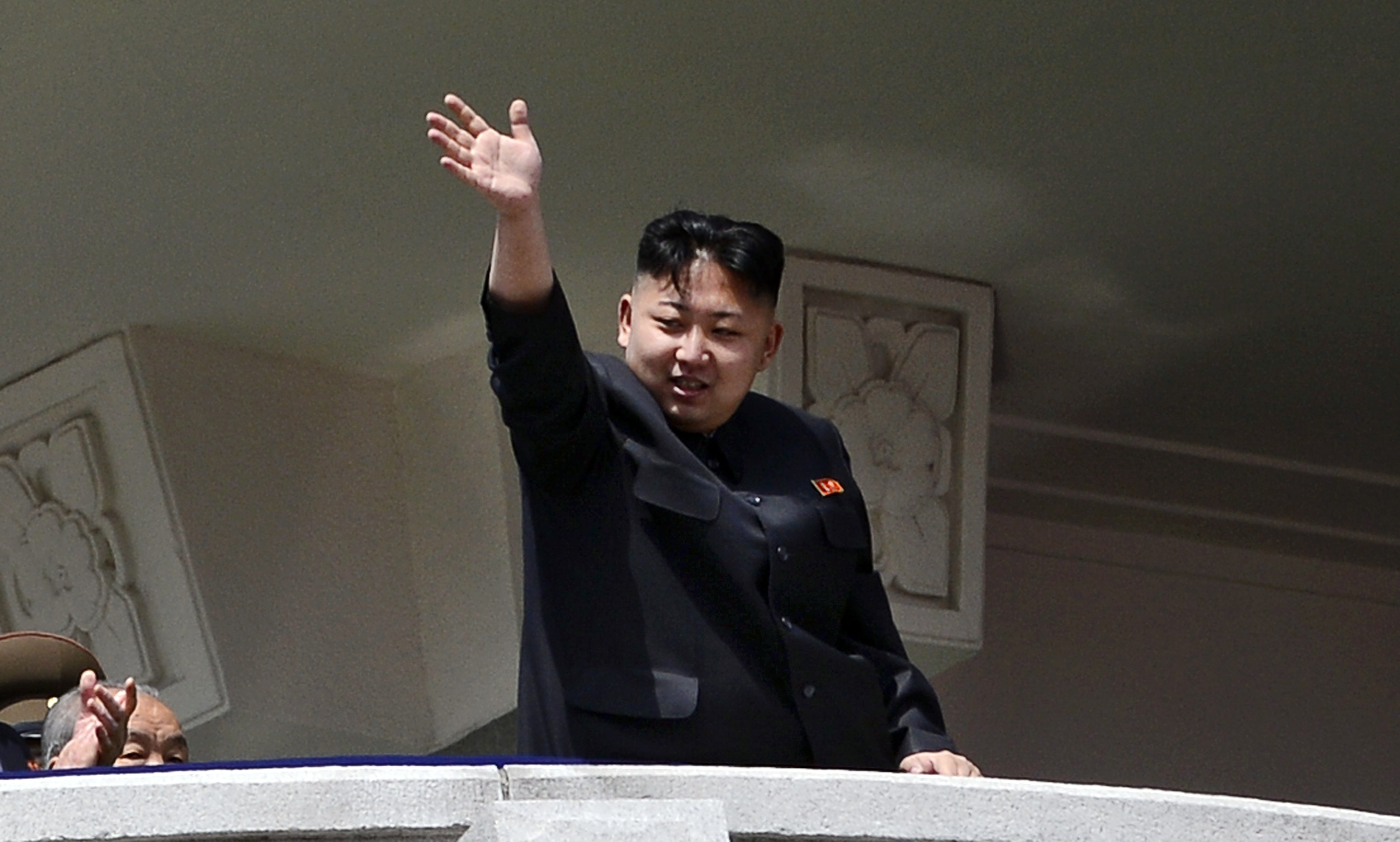 While 2012 was a year tarnished by war and tragedy, there were also a host of somewhat less gloomy, and almost entirely unpredictable stories. For a serious look at international affairs over the past 12 months, please see our Top 10 moments in world news.

In the meantime, in the following pages, we highlight the five best examples of "what the heck?" moments from abroad.

The story begins: "With his devastatingly handsome, round face, his boyish charm, and his strong, sturdy frame, this Pyongyang-bred heartthrob is every woman's dream come true."

Unfortunately for the online version of China's Communist Party newspaper, the People's Daily, they had trouble understanding American irony, or at least the kind produced by the satirical news website The Onion.

The Chinese website eventually took down their "report" on the "sexiest man," but not before producing a 55-page spread that included pictures of Kim on horseback and touring a facility with his wife.

If it's any consolation, the People's Daily weren't the only state-run news agency fooled by the Onion this year. The English-language website of the Fars news agency in Iran took as fact an Onion story in September that claimed a poll had found an "overwhelming majority of rural white Americans" would rather vote for Iranian leader Mahmoud Ahmadinejad than President Obama.

Elephants naturally roam the Earth's warmer regions. So when two circus elephants in Russia suddenly found themselves exposed to the freezing Siberian air when their trailer caught fire, their trainers acted in the best way they knew how: They plied them with vodka.

The Komsomolskaya Pravda daily reported that trainer Leonid Labo had the animals, aged 45 and 48, drink 2.6 gallons of vodka diluted in warm water -- and a veterinarian said later that only the tips of their ears were frostbitten.

While scientists say alcohol only makes humans feel warmer when it's cold, and can actually put you more in harm's way by making you not realize it's cold, the circus director insisted the ploy worked for his pachyderms, without harming or even intoxicating them.

New Zealand's Society for the Prevention of Cruelty to Animals decided to prove that old rescue dogs can indeed be taught new tricks. Choosing three animals, the society hired a professional trainer, had a Mini Cooper modified to be paw-ready, and put their theory to the test.

Based on the video at left, they appear to have succeeded.

A dog named Monte was able to start the car, put it in gear, step on the gas, drive a short distance in a straight line, and apply the brake -- all on live television.

Shoppers at a Toronto Ikea were stunned earlier this month when they spotted a 7-month-old rhesus macaque loose in the store's parking lot, decked out in a pint-sized, tan shearling coat.

Even a monkey knows not to go outside in Canada in December without a coat.

Ikea staff lured the baby monkey, named Darwin, into a corner before calling police, who contacted the city's Animal Services department, said Staff Sgt. Ed Dzingala, who said later the primate had escaped its crate in a parked car.

The monkey's owners were fined $240 for breaking the city's prohibited-animal bylaw. Darwin was being fed and cared for while officials tried to find a suitable animal sanctuary.

Apparently, being a civil servant in Australia guarantees protections beyond the workplace, all the way into the coital nest, in fact.

An Australian court ruled earlier this month that a bureaucrat injured while having sex during a business trip is eligible for worker's compensation benefits.

The woman was hospitalized after being injured in 2007 during sex with a male friend while staying in a motel in the town of Nowra, 100 miles south of her hometown of Sydney. A glass light fitting was torn from its mount above the bed and landed on her face during the escapades, injuring her nose and mouth. She later suffered depression and was unable to continue working for the government.

"If the applicant had been injured while playing a game of cards in her motel room, she would be entitled to compensation even though it could not be said that her employer induced her to engage in such activity," a judge wrote about the case.