VAN NUYS (CBSLA) — A 24-year-old man was arrested Thursday on suspicion of stabbing his neighbors, one of them fatally. 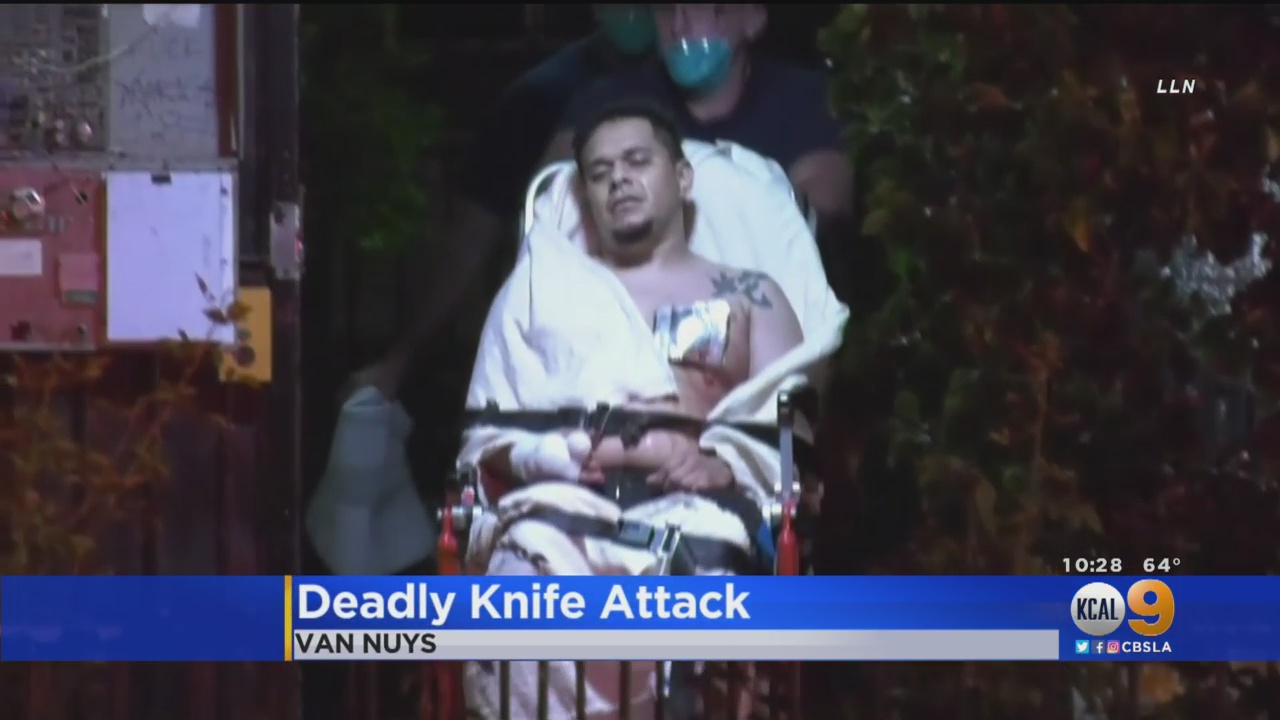 Martin Quinonez was booked on suspicion of murder and is being held on more than $2 million bail.

Police say Quinonez was armed with a large knife when he tried to force his way into his neighbor's apartment. The 31-year-old man sustained life-threatening sharp force injuries during the struggle, according to the LAPD.

The man's father, 51-year-old Jesus Delatorre, tried to help his son and was also stabbed and cut several times as they fought off the attack.

Both father and son were taken to Providence Holy Cross Medical Center, where Delatorre died of his injuries. His son, whose name was not released, remains hospitalized in critical, but stable condition.

Quinonez is scheduled to make his first court appearance Monday.

Anyone with more information about the stabbing can call LAPD Detective R. January at (818) 374-9550.