IRWINDALE (CBSLA) — Two more shootings unfolded this weekend on a Southland freeway, authorities said. One triggered a crash, while the second incident left a motorcyclist injured.

Both incidents happened on the southbound lanes of the 605 Freeway in Irwindale on Saturday within six hours of each other.

The first unfolded on the thoroughfare around 5:23 p.m. at Lower Azusa Road where a BMW was struck multiple times by gunfire. The driver in that car lost control and struck the center median. Neither the driver, nor passenger were wounded. The suspects happened to be a dark-colored sedan. 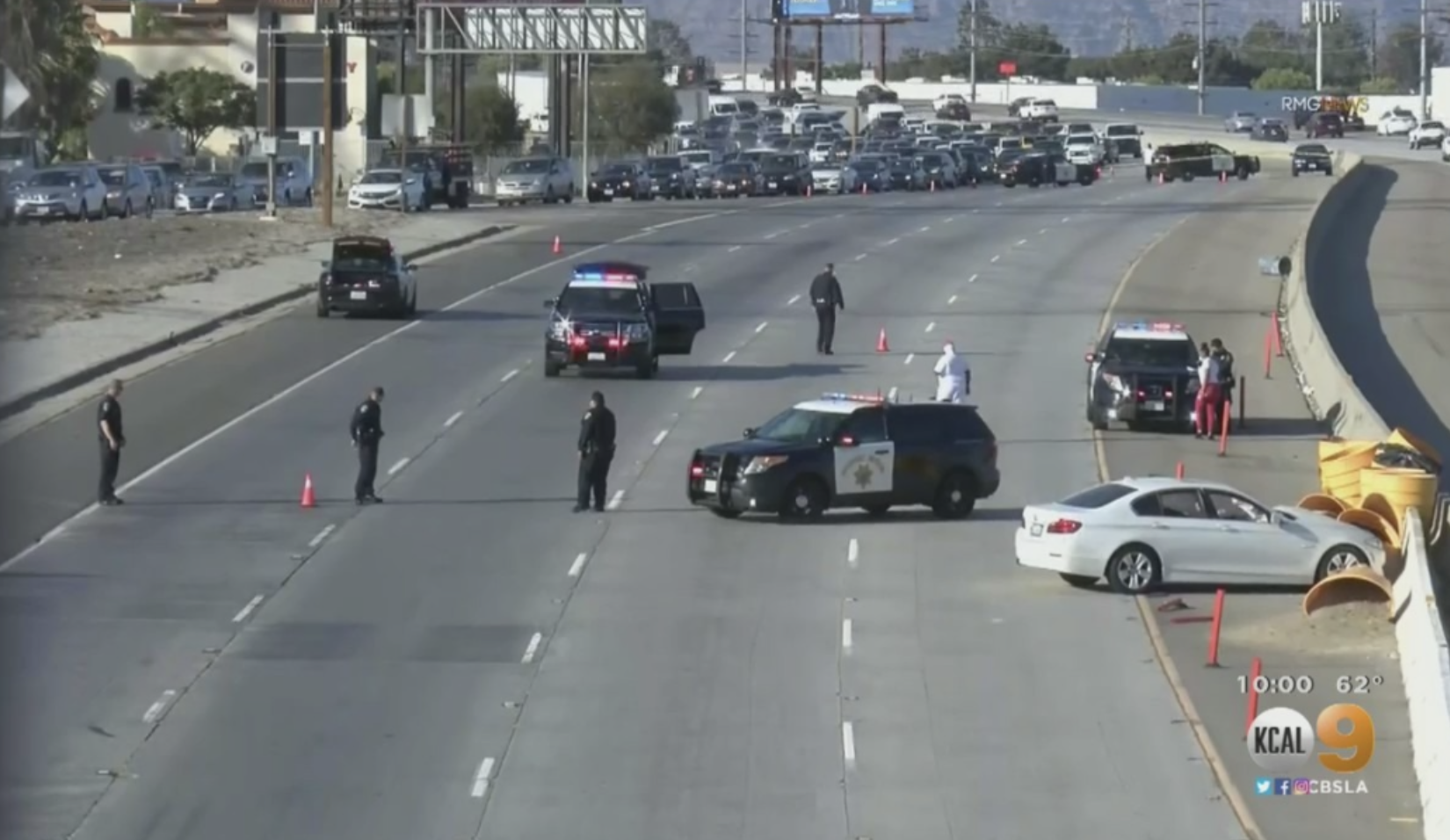 The second shooting happened after 11 p.m. at Arrow Highway. That's where a man on a motorcycle was shot in the leg. The 30-year-old was taken to USC Medical Center and was expected to be OK.

Many drivers in the southland express fear about frequency of freeway shootings, some coming to think they're not as safe in their cars as they previously thought.

"It's a scary feeling to imagine that you can be driving and all of a sudden feel some type of gun violence," one driver told CBSLA's Joy Benedict. "It's kind of strange to be happening, but it's kind of a national plague."

Nigel Rini, who frequents the 605 Freeway, said it's scarier when the incidents occur closer to where he drives.

"I hear about the other freeways down south. So, this is closer to home," Rini said. "You watch who you're driving next to and you're careful not to get too close too cars and I never drive side by side with cars."

"You never know when you might've cut somebody off and, you know, they get mad and have a gun," he said.

Investigators are still looking for the suspect in afternoon incident and believe it was a fellow motorcyclist who opened fire on the biker. While they said it doesn't appear the two shootings are connected, they're asking anyone who might've witnessed either of the incidents comes forward and helps them identify who the shooter or shooters are.