This would have been the biggest breaking news in NFL history ... But it doesn't appear to be true.

The NFL's official Twitter account sent a Tweet saying NFL commissioner Roger Goodell has passed away at 57. Newsrooms and sports stations across the country scrambled into overdrive.

But then the Tweet came down. And more went up, making it more clear the account had been hacked.

"We regret to inform our fans that our commissioner, Roger Goodell, has passed away. He was 57. #RIP"

Then this came out. 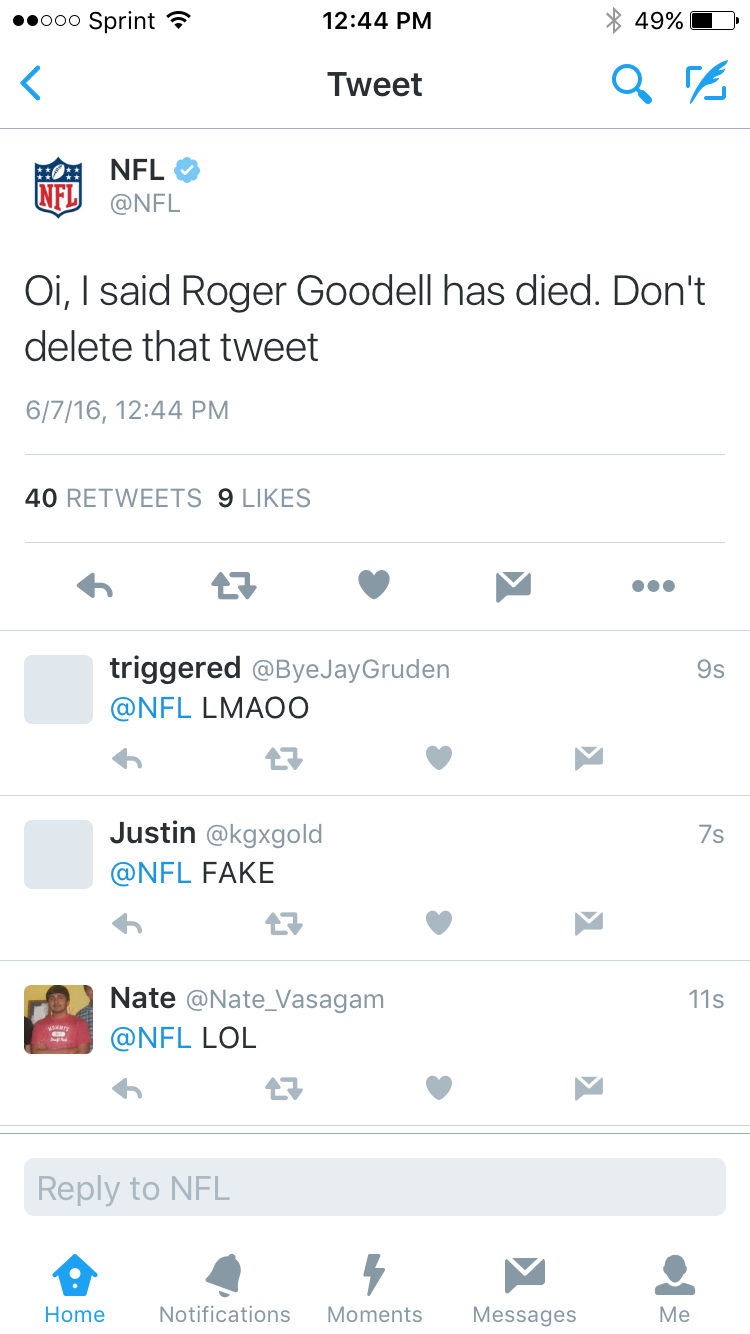 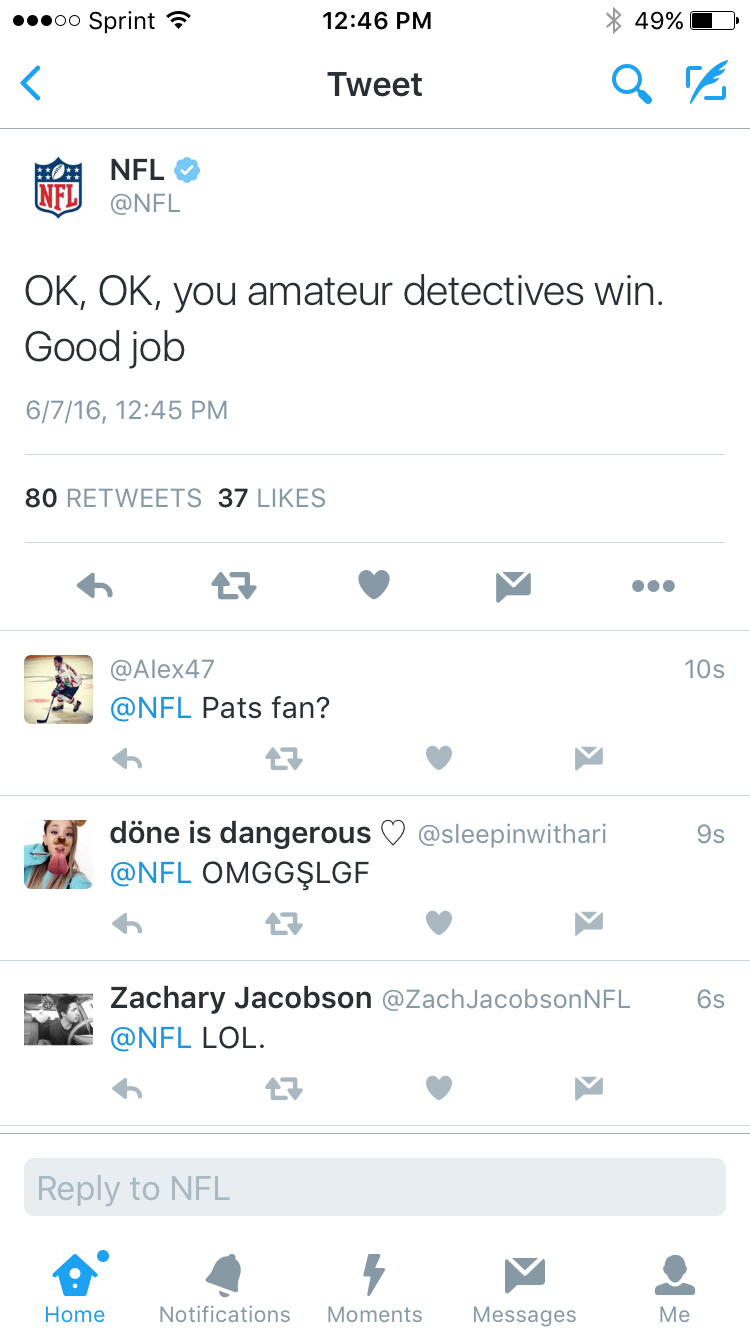 So, who hacked it? We don't know yet, but there were plenty of jokes about Tom Brady taking over the account.