The Spartans head to Ann Arbor to square off against the Wolverines this Sunday at 3:30p on CBS62. 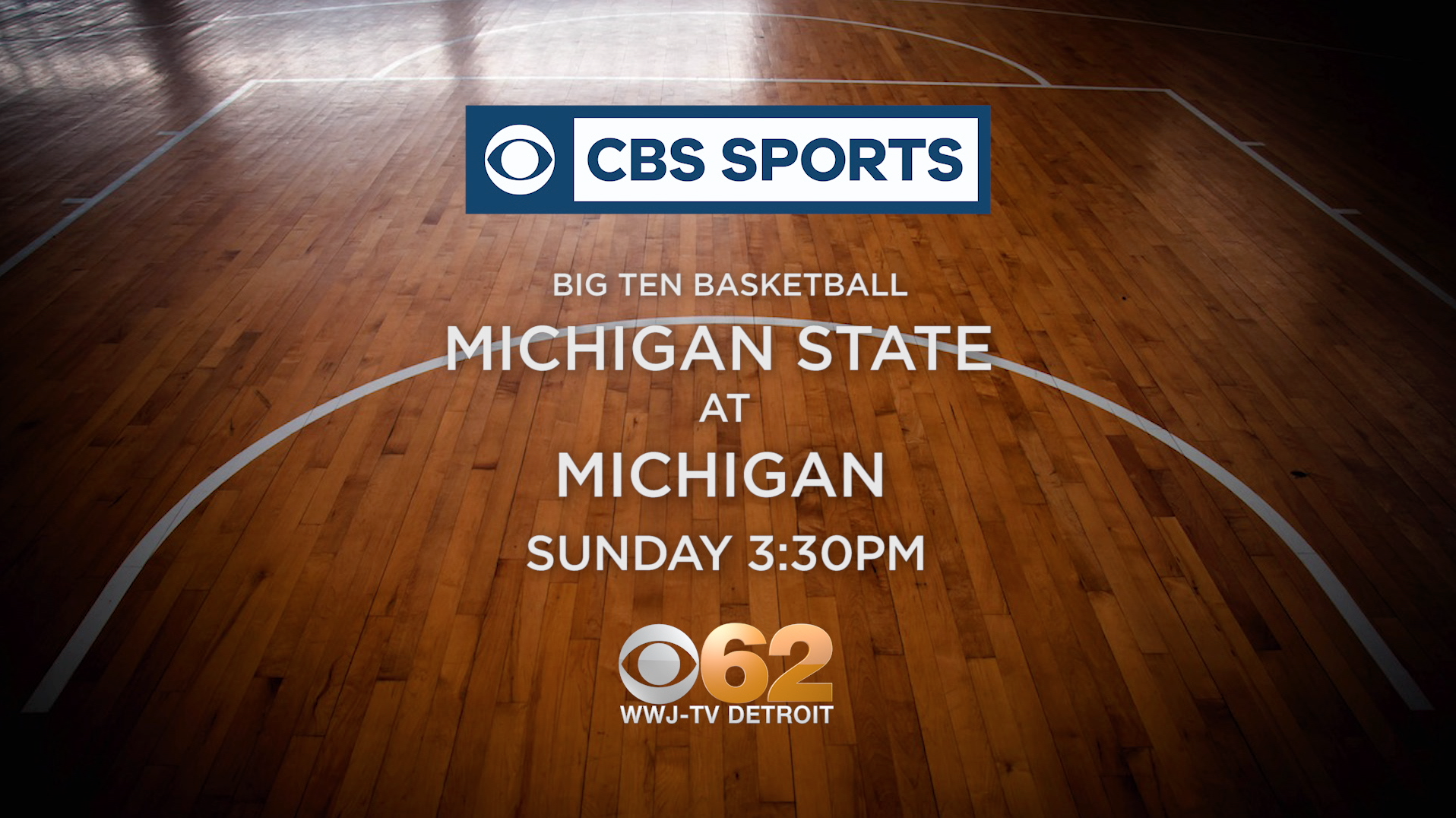 GAME OF THE WEEKEND: Michigan State at Michigan. It's finally here — the first of two meetings between the in-state rivals that have looked like the class of the Big Ten for much of this season. While Purdue has joined the Spartans and Wolverines in the title race, the two Michigan State-Michigan games could obviously have a big impact on who finishes first. No. 10 Michigan State (22-5, 13-3) has lost Joshua Langford for the season because of injury problems, and now the Spartans are also without big man Nick Ward, who broke his hand . No. 7 Michigan (23-3, 12-3) is healthier and gets this first matchup at home Sunday.

The showdown between point guards Cassius Winston of Michigan State and Zavier Simpson of Michigan is always worth watching. The Wolverines won both meetings last season.

PLAYER TO WATCH: Illinois isn't the only team showing improvement of late. Penn State (10-16, 3-12) is playing much better right now, having won three of its last five games, including a win over Michigan and a 24-point rout of Nebraska . Lamar Stevens handles much of the scoring load for the Nittany Lions, averaging 19.5 points per game. He scored 26 against Michigan and 29 against Nebraska.

INSIDE THE NUMBERS: Michigan State at Michigan is strength against strength from a statistical standpoint. According to kenpom.com, the Spartans have the top offensive efficiency of any Big Ten team in conference play, while Michigan is No. 1 at the defensive end. ... Nebraska is still 42nd in the country in the Pomeroy rankings despite its awful showing in Big Ten play. But the Cornhuskers' decline has been obvious. In conference play, they're ninth in offensive efficiency and 11th in defensive efficiency. And they play Purdue, Michigan, Michigan State and Iowa to finish the regular season.

Iowa's Megan Gustafson is leading the nation in scoring at 27.4 points per game. She scored 31 in the win over Maryland, surpassing the 2,500 mark for her career. It was her ninth straight game with at least 25 points.