The NFL season, going into Week 10, has reached a crossroads for many teams. Is it time to turn it on and push for the playoffs or turn toward next year?

The teams in two key matchups this week -- the Chiefs-Panthers and the Dolphins-Chargers -- are right in the thick of the playoff hunt. While Kansas City and San Diego face headwinds in a strong AFC West, the Panthers and Dolphins look to overcome early-season losses.

CBS Sports reporter Evan Washburn, who will be on the sidelines for the Chiefs-Panthers game, breaks down these matchups, as NFL playoff races start to heat up.

CBS Local Sports: What has happened to the Carolina Panthers from their Super Bowl run last season?

Evan Washburn: I think it's surprising to see how they started. But since the bye, a lot of traits from their Super Bowl run of last year are showing through. What I see is... they underestimated what they lost defensively. Josh Norman going to Washington was obviously one of the biggest losses, but they lost a number of other experienced guys who they counted on for leadership.

Charles Tillman. Roman Harper. Jared Allen. They provided a lot in their ability on the field and in their ability to lead. On the field, though, the biggest number to look at is the turnover differential, and they were at -6 when they were one of the best teams at causing turnovers last year.

On the offensive side, Cam Newton hasn't shown what he did last year. The big conversation is on the number of hits he has taken, as we all know. He's certainly been affected by whatever it is... the pressure, the hits. Either way, he's not looking as good this year as he has.

CBS Local Sports: Kansas City has won four games in a row. Aside from Alex Smith, who has contributed most to their success this season?

Washburn: All signs point to the defensive side of the ball. Guys like Dee Ford and Marcus Peters. Ford was almost considered a big bust a few years ago, and now he has nine sacks this season and is playing great. It was hard for him to step up and be noticed behind guys like Tamba Hali and Justin Houston, but injuries have allowed him to show what he can do. Ford has become a star on that defense.

Cornerback Marcus Peters is all over the field and has become a star. He always knows where the ball is and knows how to make plays happen. In his rookie season last year, he had eight interceptions, and he already has five this year. The main difference for the Chiefs is turnovers. They are +13 this year which is amazing in the NFL.

CBS Local Sports: How can Ron Rivera turn around his team and get them into contention for the playoffs?

Washburn: Ron simply is going to have to tap into the experience that he has. What they did last year provides equity on the field and in the locker room. Rivera knows that in the second half of the season, the Panthers get into a second phase of practice with their bodies and training. If they stay the course for Ron Rivera, he just doesn't panic. He has always been under fire, but he still gets things done.

Patience will be rewarded with good coaches like Ron. The win last last week in Los Angeles... was an ugly win. This week against Kansas City, the Chiefs are a team who wants to play a slow style and keep it low-scoring. If Carolina can show their potent offense and the defense they have played as of later, they will be in a good position. 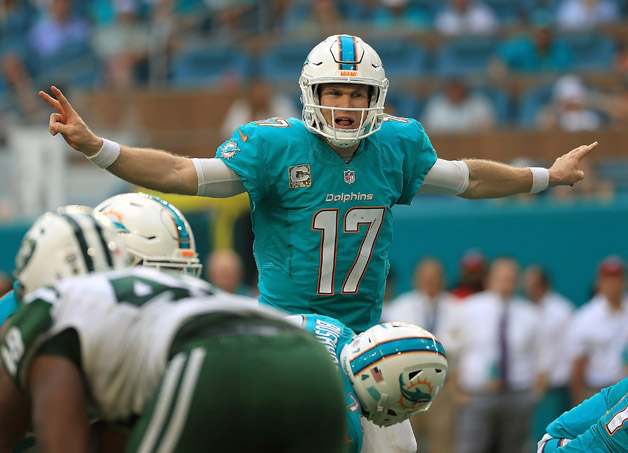 CBS Local Sports: Both teams have similar records with just as many struggles as successes this season. Which of the two do you believe has the best shot at the playoffs right now?

Washburn: This is hard. Miami probably has the better shot but based solely on their division. New England has run away with the division, no question. The Dolphins have the Jets again and Buffalo... two teams that haven't delivered this season. Miami can get wins out of those games and move up in their division.

San Diego is the better football team. They have a proven commodity in Philip Rivers who has been fantastic even with losing so many weapons on offense. The problem is their division is too strong. The Oakland Raiders lead the division with the Broncos right behind them and then the Chiefs. Three may get out of that division, but not four.

Danny Cox has been covering the NFL for the past decade and has been watching it for two more. From injury reports to playoff races, he follows every single team and longs for the months of July to February.