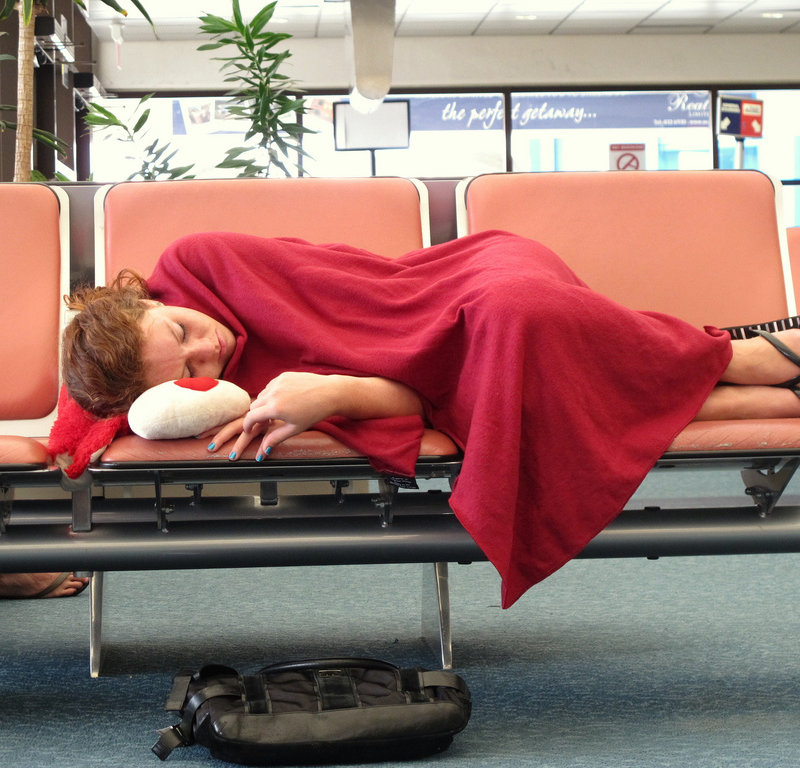 No matter how seasoned you are as a traveler, no matter how tightly you can make Die Hard fists with your toes, no matter how many Ambiens you pop pre-flight, you will get jet lag. It's science; accept it. Though it can't be avoided, it can be minimized -- with these seven expert tips.

But first: what is jet lag?

A relatively newish condition, jet lag was born when people started flinging themselves across time zones faster than their bodies could adjust. According to Dr. Gary Zammit, Executive Director of New York City’s Sleep Disorders Institute, it's the negative experiences people have when their internal body clock becomes “desynchronized” from the actual clock time around them.

If you recall 6th grade biology, our bodies have a natural 24hr cycle called the “circadian rhythm”, which tells us when to eat, sleep, read RedBook on the can, and have sex in order not to get pregnant (wait, no?). Jet lag screws that rhythm up, basically ensuring you look ridiculous dancing to Happy turning you into a version of yourself usually reserved for late Friday nights: sluggish, confused, hungry, moody, unwell. Zammit says it usually takes about one day to adapt to every time zone crossed when traveling West, and about a day and a half when moving East.

Related: The Jet Of The Future Only Has Window Seats 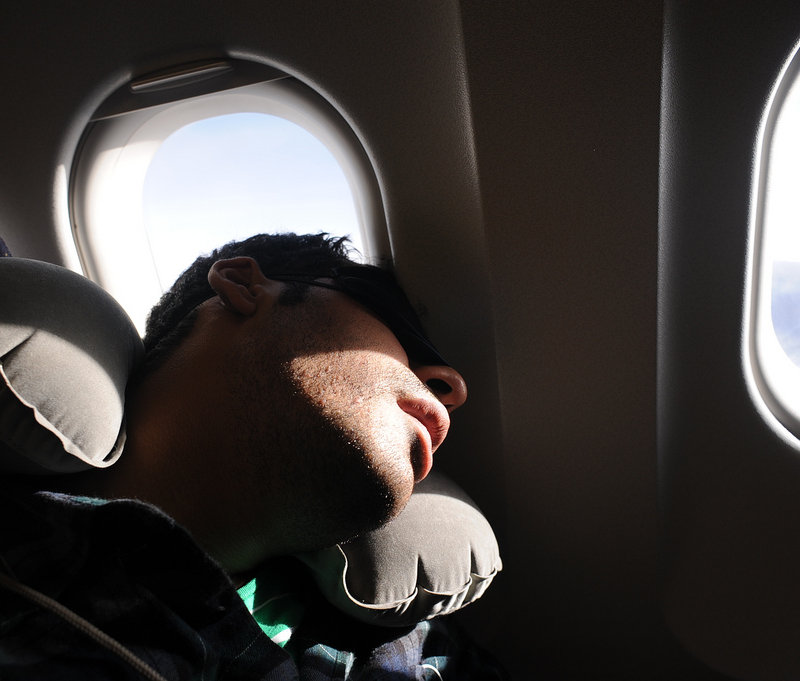 And now, how to beat it:

1) Start adjusting in advance
It can be a bit of a doozy, but begin shifting your time/ activities at least three days before departure. For example, hit the sack an hour earlier each night; get up an hour earlier each morning. Also, try and eat closer to the times you’ll be dining at your destination.

2) Sleep, sleep, and sleep some more (hooray!)
Sleep as much as possible. Like a squirrel hoarding nuts for the winter, start stockpiling those "zzzs". According to Christopher L. Drake of the National Sleep Foundation, the more hours you’ve slept prior to flying, the less the lack of sleep will affect you. 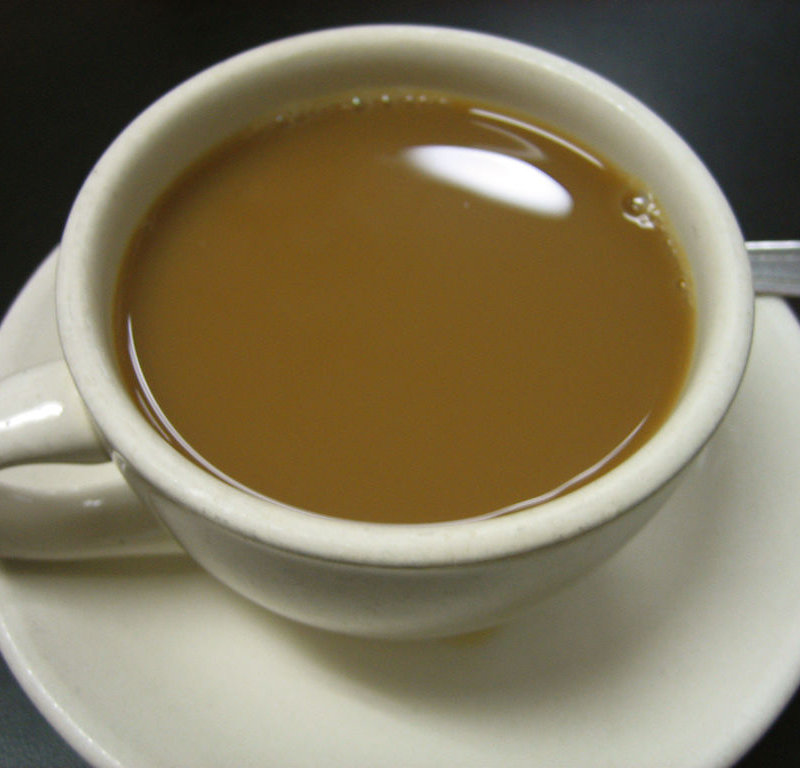 3) If a trip is less than 48hrs, don’t bother adjusting
It’s called coffee, and we recommend lots of it. Especially if you're in one of these seven airports.

4) Say bye to booze
Put down the drinks. Although, sadly, not down the hatch. While alcohol is a sedative -- and one that we're naturally inclined to take in order to score some sleep on the plane -- it'll make your jet lag much worse. Starting with the dehydration, which is already amplified at altitude. Passing out is not the same as sleeping, and waking up hungover without proper rest will only make life more painful.

Zammit also warns against popping sleep aids too far into a flight (be sure to check how long the medication lasts), as you don't want the flight attendants wheeling you off a seven-hour flight after taking an eight-hour sleep aid.

5) Same goes for caffeine
What we just said about coffee on short trips -- completely forget that if you're traveling a greater distance/duration. Dr. Helene A. Emsellem, an expert at the National Sleep Foundation, says drinking too much coffee and overcaffeinating acts much like a Band Aid for sleepiness and will only backfire, ultimately interfering with any future sleep you may or may not be getting. 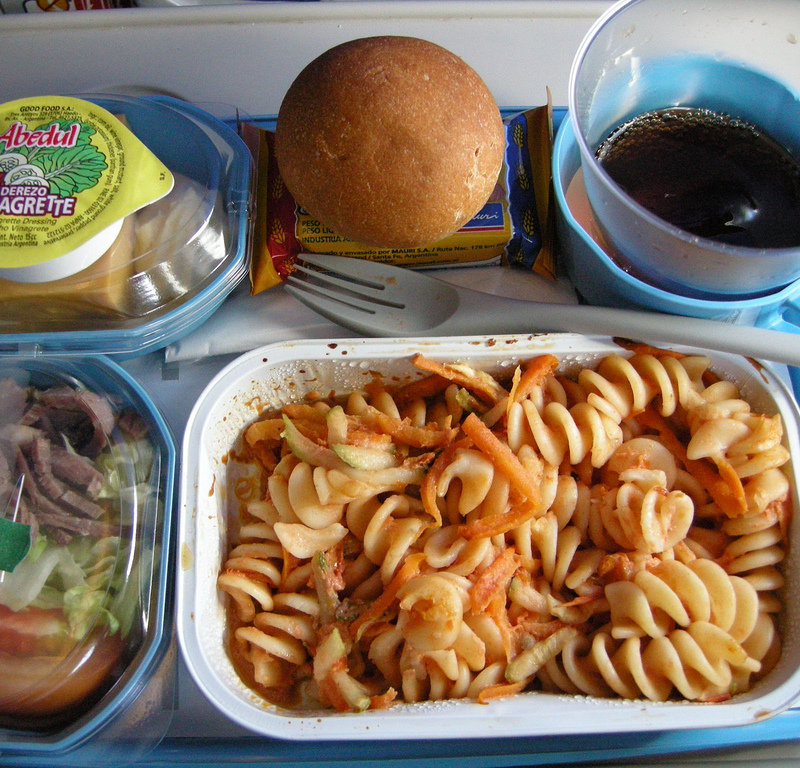 6) Eat smart
Studies disagree when it comes to eating, so we'll play the role of the late C. Everett Coop and tell you to eat healthy. While some recommend replacing heavily processed airplane food (high in sodium, it'll only dehydrate you) with salads and fruit, others like The Argonne Anti-Jet-Lag Diet, advise anchoring your inner clock by eating meals when they would be served at your destination. Meanwhile, Drake (the aforementioned doctor, not the rapper) argues that consuming food at the wrong times in relation to our circadian rhythm makes it harder for our bodies to process and digest. See, we told you everyone had a different opinion.

Confused? Here's a simple rule that should help (although also kind of make you look like a d-bag): When traveling East, wear sunglasses throughout the flight to minimize light and advance your body clock (and also to lead women into believing you had a cameo on Days of Our Lives). Then, when in your new time zone, open the window shade and get some morning light to reinforce your new wakeup time.