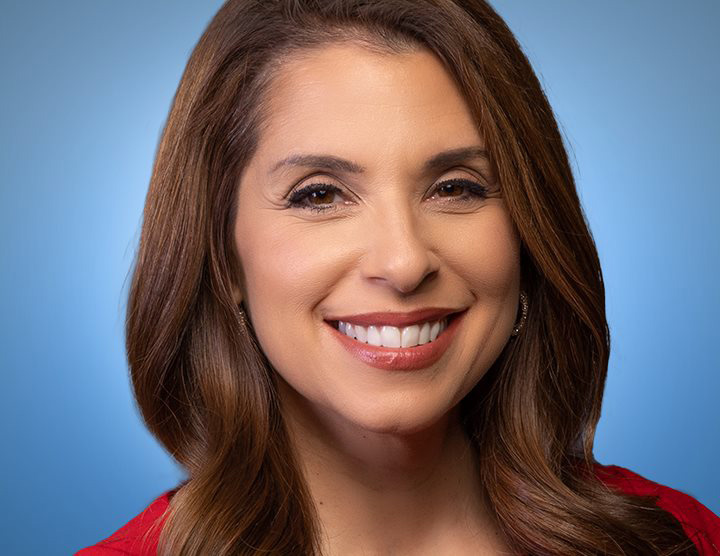 She grew up in North Denver, near Sloan's Lake, and started her career in journalism at the tender age of 11. She co-anchored "Two Bits," a KWGN-TV kids' news show for nearly three years. The program was seen in Colorado, Wyoming, Utah and Nebraska.

"At the time there weren't a lot of Latinas on TV," she says. "It felt like I was providing a service, because kids would come up to me and start talking about current events."

She knew instantly that journalism was her calling.

Michelle attended Colorado State University and Metropolitan State University of Denver before beginning her career at CBS4 in 2005. She learned everything she knows about journalism during that time. She worked as an online editor, reporter and, eventually, an anchor. Her favorite live shots include breaking news or "being knee-high in snow."

Michelle moved to the Bay Area in 2012 as the morning anchor at KPIX 5 in San Francisco where she covered mass shootings, Super Bowls, parades and everything in between. She also hosted Bay Area Focus, a locally produced talk show. She was honored with an Emmy in 2014, 2016 and 2021.

It wasn't easy being a die-hard Broncos fan in Raiders Country but Michelle and her family enjoyed their time in California. However, family, the Rocky Mountains and green chile were always calling her back home to Colorado.

In 2021, she was hired once again at CBS4 as the CBS4 This Morning anchor after spending nearly a decade away. Now, Michelle, her husband and their three daughters are enjoying being around family and longtime friends.

You can catch her every weekday morning starting at 4:30 a.m. with CBS4's Dominic Garcia.

Position: Morning News Anchor
Year hired: 2005 and again in 2021
Alma Mater: Colorado State University/Metropolitan State University of Denver
Why I am a journalist: I love learning about others and telling their stories.
Dream interview: Oprah
Role model: My mom and dad
Dream job: This one
Job you would never attempt: Anything on a submarine. I get claustrophobic in tight spaces
Star sign: Gemini
First TV appearance: I anchored a kids news show when I was in middle school for 2.5 years
First story: My first breaking news story was in college when I covered an 8-year-old girl who was trying to beat a record by flying across the U.S. Unfortunately, her plane crashed in Wyoming killing everyone on board.
Favorite story: Too many to choose from! But, I always loved reporting in the snow!
Hidden talent: I've played the flute since 4th grade.
Hometown: Denver
Number of children: 3 beautiful daughters
Hobbies: Tough Mudder, Salsa and cumbia dancing, cross stitching, crossword puzzles
Favorite food: Mexican food ... especially Hatch and Pueblo chiles
Favorite musician: Prince or Whitney Houston
Number of siblings: Only child but LOTS of cousins.
Number of pets: One. A miniature poodle named Osito which means "little bear" in Spanish.
Favorite sports team: Broncos baby!!
Favorite author: Gabriel Garcia Marquez
Favorite vacation spot: Italy or Hawaii
Least favorite household chore: Taking out the trash, so my husband gets that chore.
Favorite word: One I would never say on TV
Least favorite words: Ones I would never say on TV
Favorite noise: My family's loud talking during dinner
Least favorite noise: Knuckle cracking
What music are you listening to lately? Lots of Salsa! It wakes me up and puts me in a good mood.
What keeps you in Colorado? Family, mountains, the Denver Broncos and the beauty of my home state!
What's the biggest risk you've taken? Moving away from family and friends to live in California for almost a decade.
Who would play you in a movie? I wish for Salma Hayek but it would probably end up being Margaret Hamilton (Wizard of Oz).

Send an email to Michelle Griego.