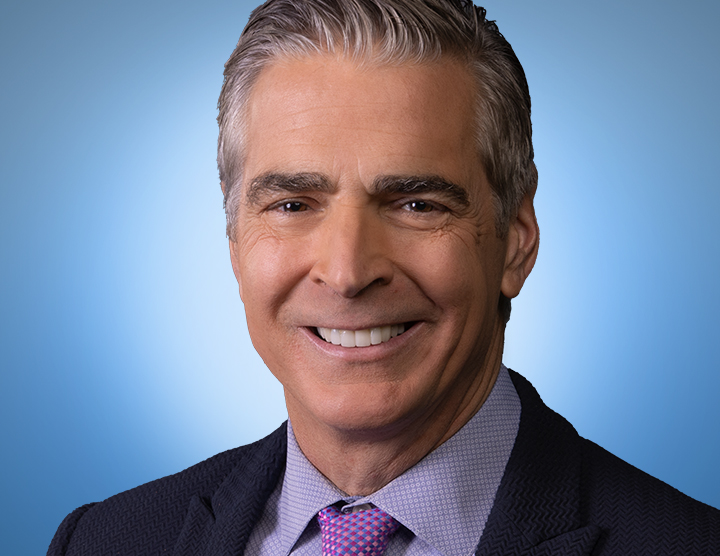 Alan Gionet loves living and working in Colorado. He has been in news for more than 30 years. "I find new things every day and truly love people, so this is a great job for me."

Alan started in a small market in Mississippi where he lugged the camera and the video recording deck around, shot, wrote and edited stories; then put together the newscast.

He also anchored and reported in Grand Rapids, Michigan where he exposed deplorable conditions in the state's foster care system resulting in more vigorous enforcement on behalf of children and reported on worker safety issues leading up to the largest workplace fine in state history.

Prior to his first stint at CBS4 in the early 1990s, Alan worked as an investigative reporter in Providence, Rhode Island, where he reported on the city's infamous, but charming mayor Buddy Cianci and exposed tax breaks for nonprofits.

While at CBS4 in the 1990s, Alan reported extensively on forest fires and was the first to report that the firefighters killed on Storm King Mountain did not get critical information about the changing weather conditions that put them in danger. He also showed how registered sex offenders were often not living where they showed their registered addresses.

In the late 1990s, Alan left to serve as main anchor in Jacksonville, Florida where he was later also named nightside managing editor. He logged many hours during hurricanes and the 2000 election controversy, when he first revealed voting irregularities in Duval County. His reporting on endangered North Atlantic right whales brought national focus to a little-known species, of which there are only a few hundred known left. His newscasts won a long list of awards including Emmys and Edward R. Murrow Awards and individually Alan has been lauded with Heartland Regional Emmy Awards covering the Denver area as top anchor and for his innovative Good Question reporting. He has won awards for everything from spot news to feature stories.

Alan returned to CBS4 in the 2000s and is glad to be back in Colorado with his wife and four grown daughters. His love of journalism is surpassed only by his love of fatherhood. He has covered all of Colorado's biggest stories over those years, like forest fires and environmental stories, mass killings and COVID. A student of science and politics, he loves to break down complicated concepts and ask questions that get to the core of story. He reads extensively, plays blues harmonica and hockey and loves trail running. He has marked off quite a few of Colorado's 14ers.

"If you're a television journalist, CBS4 is recognized as one of the greatest places to work the nation, because of the quality of reporting, the videography and the team atmosphere," Alan says. "I consider each new person and place in Colorado a privilege. I believe in listening, it's a skill my parents, who were both highly regarded public educators, taught me that I treasure."

Alan holds a degree from Boston's Emerson College where he studied broadcast journalism. He also studied at Harvard University Extension and the University of Massachusetts at Boston and Amherst.

Dream job: That's why I returned to CBS4. There's no place I'd rather be.
Favorite word: Understanding - intelligence is the ability to consider another's point of view.
Favorite noise: The sound of children laughing
Year hired: 1994 (first stint at CBS4) and again in 2006
First TV appearance: Tupelo, Mississippi
First story: The death of an impoverished woman in Mississippi.
Favorite story: All of our Good Question pieces, I learn every day.
Most memorable interview: An African-American high school principal in Mississippi who said after a racial incident: "Show me a man who who has a problem with black people and I'll show you a man with a problem with all people."
Dream interview: Meriwether Lewis
Star sign: Virgo
Why I am a journalist: I love the craft of storytelling. I enjoy writing television news and the access I get to people and places.
Hidden talent: With four kids, going anywhere takes an Eisenhower-like ability with logistics.
Hometown: Pittsfield, Mass.
Number of children: Four
Hobbies: Reading, running, hockey, biking, finding new places in Colorado
Favorite food: Burrito
Favorite musician: James Taylor
Number of siblings: Four
Number of pets: One dog
Favorite sports team: Avalanche, I'm an old hockey player.
Favorite author: Joseph Mitchell
Favorite vacation spot: Anything I haven't discovered in Colorado
What one word best describes CBS4: Teamwork
Least favorite household chore: Cleaning up after the dog
Least favorite word: Hate - I hate it.
Least favorite noise: Loud motors in the mountains
Favorite music? Running tunes and the blues, JT – who lives in the Berkshires where I'm from
What keeps you in Colorado? The wide open spaces and open minds
What's the biggest risk you've taken? I've been in a couple of spots on 14ers I wish I'd avoided.
Who would play you in a movie? If I get to pick, let's make it Jason Bourne.

Send an email to Alan Gionet.