DENVER (CBS4) - Colorado could help change the way the nation elects presidents. Democratic lawmakers have introduced a bill that would support the winner of a national popular vote.

It has already passed the State Senate.

The debate over whether to get rid of the Electoral College heated up after the 2016 election, when Hillary Clinton won the national popular vote, but President Donald Trump won the electoral vote.

But, upending a system that's been place for more than 200 years is bound to be controversial. A large crowd gathered for a hearing on the bill in a House committee Tuesday.

Rep. Emily Sirota, one of the bill sponsors, suggests the concept is simple.

"It's to make every vote count equally no matter where you live in the country, and we should elect the President as a nation, as a whole."

But in practice, it's more complicated.

Rep. Patrick Neville, who opposes the bill, says it's unconstitutional because it involves a group of states entering into a compact and that needs Congressional approval. He also worries big cities in populous states will have an outsized say.

"You would see all the campaigning and all the issues be based on all urban, big city issues and that's where they would be trying to move the votes because rural areas wouldn't matter anymore."

Sirota disputes that, "If a candidate wants to win they will have to campaign across country because every vote counts equally and there are not enough votes in the cities." 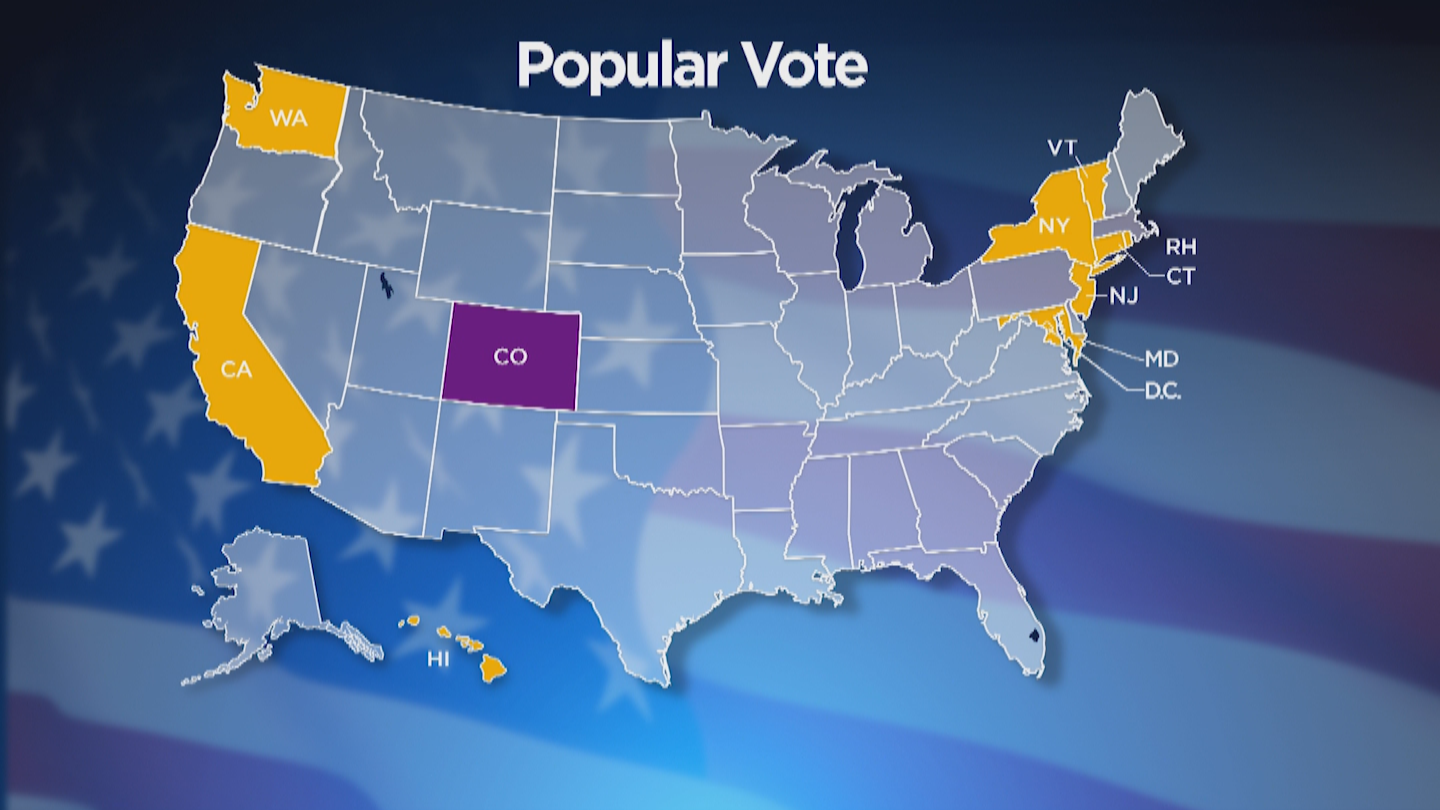 If the bill passes, it would only take effect if enough states - with a combined 270 electoral votes - join Colorado. Right now, 11 states and the District of Columbia have passed similar legislation.

They have a total of 172 electoral votes. Neville says lawmakers should let voters decide the issue.

"If they think this is such good idea why don't we turn it into measure that gets voted on by the people?" asked Neville.

Rep. Jeni Arndt, the other sponsor of the bill, says voters elected her to make those decisions for them.

"It is before the voters. That's the first thing in my name tag is Representative."