DENVER (CBS4) - An Uber driver has been arrested for investigation of first-degree murder after a deadly shooting on Interstate 25 in Denver early Friday morning. Police say it appears the driver shot and killed his passenger after a dispute.

The shooting occurred near University Boulevard about 2:45 a.m., according to police.

"Our caller is an Uber driver stating he just shot a passenger," said the 911 dispatcher to officers.

Interstate 25 southbound was closed at University Boulevard for several hours while officers investigated the shooting. All lanes of I-25 reopened about 8:30 a.m.

"There appears to be a conflict between an Uber driver and his passenger. The passenger did suffer gunshot wound or wounds and was transported to the hospital where subsequently he was pronounced dead a short time later," Denver Police Department public information officer Sonny Jackson said.

"We do know [the driver] worked for Uber," Jackson said. "We're going to determine if he was on a ride, what the relationship was between what appears to be a passenger and the driver, but I don't think any relationship prior to this particular run."

Uber did confirm that the shooting happened while on an Uber app trip.

Jackson said it is not clear whether the passenger, later identified as Hyun Kim, was armed. The coroner said Kim, 45, died from gunshot wounds.

The Uber driver was handcuffed at the scene and questioned at police headquarters.

The driver, identified as 29-year-old Michael A. Hancock, was later arrested for investigation of first-degree murder. 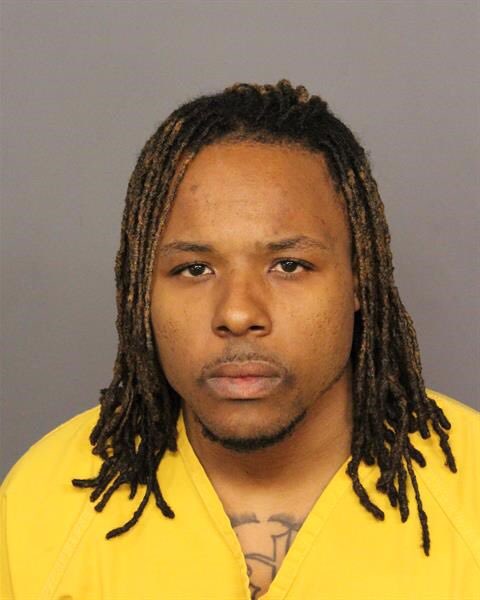 According to the Statement of Probable Cause, a witness called 911 at 2:47 a.m. and said there was a man, an Uber driver, who stated that had shot a passenger who had tried to attack him.

When officers arrived, they found Kim lying on the floor board of the front passenger seat of a Nissan sedan, suffering from apparent gunshot wounds. Officers began performing lifesaving measures until paramedics arrived.

Officers then handcuffed Hancock and removed a semiautomatic Ruger SR 40 from his waist band.

Hancock began having trouble breathing and was transported to Denver Health Medical Center, where he was treated and released.

Investigators found 10 spent .40 caliber cartridges on the left shoulder of the interstate and a trail of blood near the Nissan, according to the Statement of Probable Cause.

Uber prohibits riders and drivers from carrying firearms of any kind in a vehicle while using the app, according to their website.

Uber released this statement on Friday afternoon: "We are deeply troubled by the events in Denver today. Our thoughts are with the families of those involved. The driver's access to the app has been removed, and we will continue to work closely with police."

"At this point time in we are talking with everybody we believe to be involved," Jackson said. "We don't think there's any public safety risk out there, but it is ongoing active investigation."

Police are asking anyone who was on the highway between 2:30 a.m. and 2:45 a.m. and may have witnessed the dispute inside the vehicle to contact investigators.

"We've talked to witnesses, we're looking for more. That's the one thing that I would stress," Jackson added.

For ride share drivers there is always a risk.

CBS4's Rick Sallinger asked one driver, JD Steele, "Do you ever worry about who is getting inside your car?

"All the time. That's why I have cameras inside my car," Steele replied.

Hancock's parents told CBS4 that their son is a father, husband, college student and a good man.

CBS4's Rick Sallinger contributed to this report. He is a Peabody award winning reporter who has been with the station more than two decades doing hard news and investigative reporting. Follow him on Twitter @ricksallinger.