By Mark Ackerman and Brian Maass

DENVER (CBS4) – A new government study to determine if athletic fields made from recycled tires are safe is creating complex issues for school districts that have already installed them.

In February, the Environmental Protection Agency and the Centers for Disease Control and Prevention launched a joint study to "provide better understanding of potential exposures that athletes may experience using these fields." 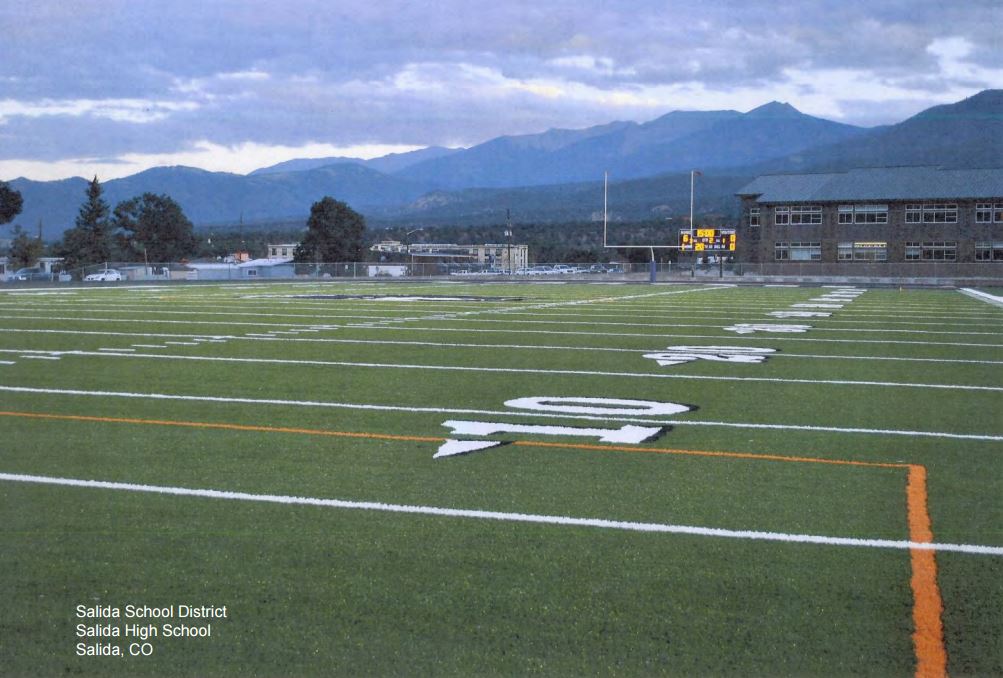 The study, which is expected to have preliminary results by the end of this year, comes a decade after "crumb rubber fields" were installed across Colorado. Currently, the Jefferson County School District has eight fields, Douglas County Schools have a dozen and Denver Public Schools has 15 fields made from recycled tires.

From 2011-2014, the Colorado Department of Public Health and Environment handed out more than $2 million in grants to help school districts and municipalities install 40 athletic fields and playgrounds made from recycled tires, or "crumb rubber."

Crumb rubber was originally seen as a solution for America's tire pile problem, grinding up car and truck tires to make play surfaces that require little maintenance and no water.

But starting in 2014, news reports emerged questioning whether crumb rubber causes cancer. An ESPN report featured University of Washington soccer coach Amy Griffin, who started a list of soccer players who played on crumb rubber and have been diagnosed with cancer. Today that list has grown to 217 people.

The crumb rubber industry contends concerns about crumb rubber causing cancer or any other illnesses are unfounded and unsupported by current research.

But the ESPN report resonated with Faye Walker of Englewood, who played soccer on crumb rubber fields from an early age.

"You would come home and empty out your cleats, there was just so much crumb rubber in your socks," she recalled.

Faye went on to play at Cherry Creek High School, until she couldn't play anymore.

"I couldn't breathe on the soccer field. I couldn't run like I used to," she said.

As a junior in high school she was diagnosed with Hodgkin's Lymphoma, a form of cancer. But Faye wasn't the only one. Two other girls from her youth soccer team were also diagnosed with cancer, leading Faye's family to think crumb rubber may have contributed to the cancers.

"What are the odds?" Faye questioned. "I think there's definitely a chance. It's such a coincidence that all of the girls on my team and all the goalkeepers in Washington. It's just too coincidental."

Denver Health Dr. Mark Anderson was one of the first in the country to look into crumb rubber a decade ago. Ten years later he's still not sure if it's harmful.

"The answer to whether this is a safe product or dangerous product isn't available right now," said Dr. Anderson.

While at the EPA's Denver field office, Wuerthele said it was "a major red flag" when she learned potentially hazardous tires were chopped into small particles making them easier to absorb.

"It fails the stupid test," she said. "You don't have to be a toxicologist to say this doesn't look right."

In Southern Colorado, health concerns have prompted the Telluride school district to back away from using crumb rubber for an artificial turf field that was approved by voters in 2014. The field is being constructed at the local high school.

"The more I looked into it, the more red flags came up," said Lara Young, who has young children in the school system. Young and others started a petition drive asking the school district not to use crumb rubber.

School board member Jenni Ward told CBS, "If we put an artificial turf field in here that had potentially toxic or carcinogenic infill and our children are being exposed to it from the time they are 8 to 18, that's not a risk I would take." 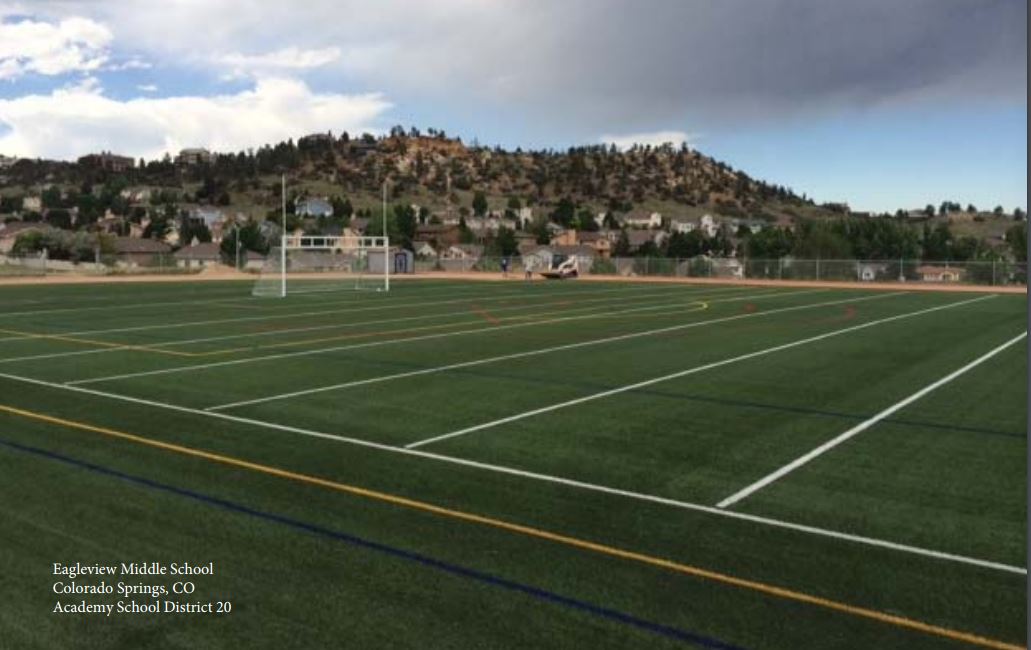 But other parents, including school board President Paul Reich, disagreed harboring no concerns about putting in a crumb rubber field, "I have no concerns for my own daughters, absolutely no concerns. But it's not just about my kid, it's the communities' kids."

Dawn Wells, another Telluride parent said, "Our kids don't sleep on the turf, so I don't think its an issue."

"In Telluride, we have a choice. We want to do what's best for kids," Gass said. "If the findings are that crumb rubber is harmful, we have a major issue nationally on our hands."

Ultimately, the Telluride school district decided to build a sand-based artificial turf field, but not to use crumb rubber.

The Boulder Valley School District is currently constructing six new fields at middle schools across the district. The new fields are being built with a turf called "CoolPlay" which has a bottom layer of sand, a mid-layer of crumb rubber and a top layer of cork and plastic. 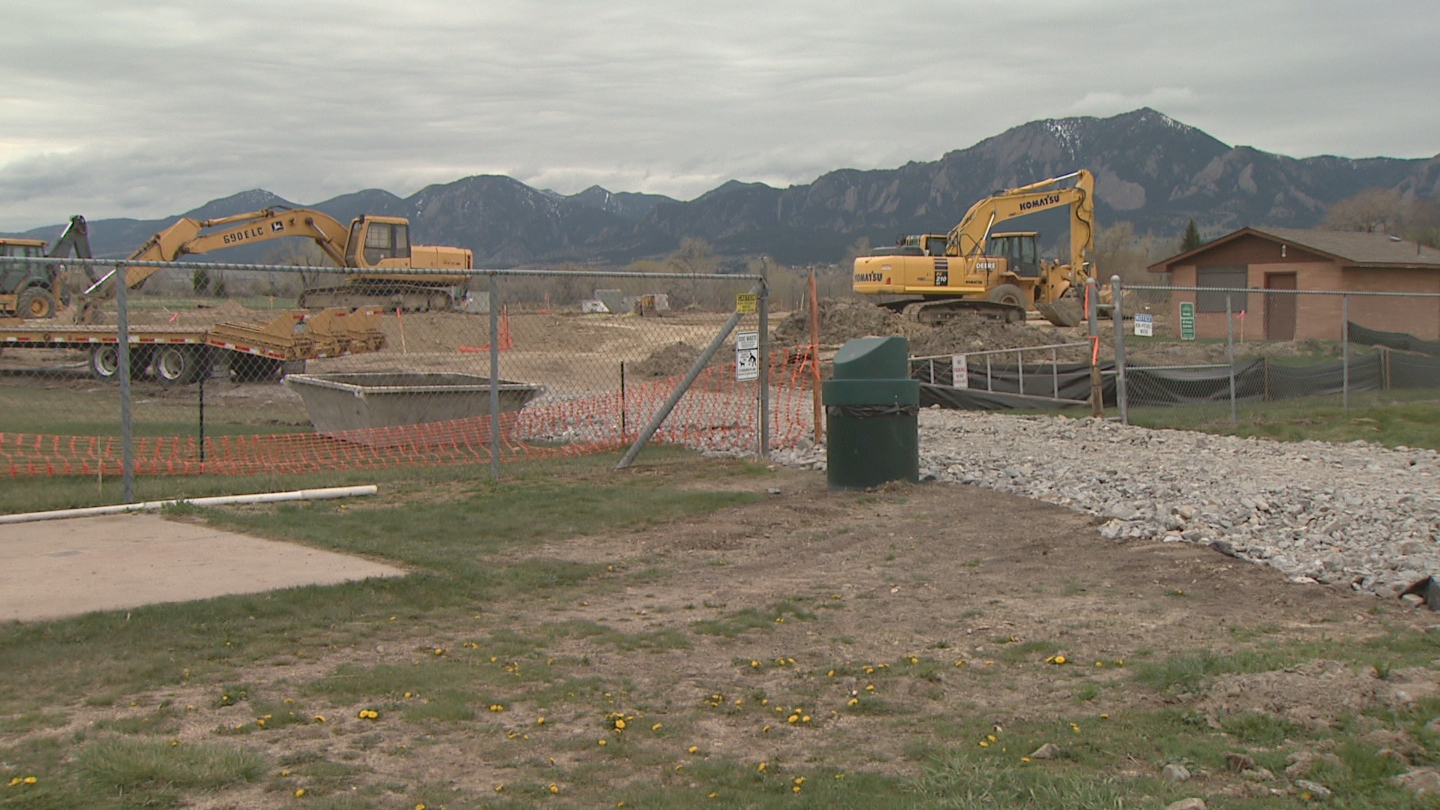 BVSD spokesperson Susan Cousins says adding the cork and plastic top layer was not linked to health concerns surrounding crumb rubber, but an effort to "reduce the surface temperature which can be excessive in hot weather."

"At present the information says there are no definitive links between negative health impacts and crumb rubber, so we are using crumb rubber," said DPS spokesman Will Jones.

But in a 2014 bond document, DPS facilities management, apparently concerned with news accounts surrounding crumb rubber fields, recommended new fields be built with "an alternative composition," "which may increase the cost."

"We want to be good stewards of our taxpayer dollars. We looked at the more expensive options and looked at crumb rubber," said Jones.

Academy Sports Turf has installed over 250 synthetic fields including the field at Bruce Randolph and a new sports complex in Aurora where a more expensive form of crumb rubber, called "CushionFall" was used.

"It's a polymer that they coat the rubber with and its supposed to reduce the volatile compounds by up to 80 percent," Jewell said.

CBS4 asked, "This field would be safer than what you put in at Bruce Randolph?"

Jewell responded, "Yes. But we don't know that because the EPA has not finished their study yet." 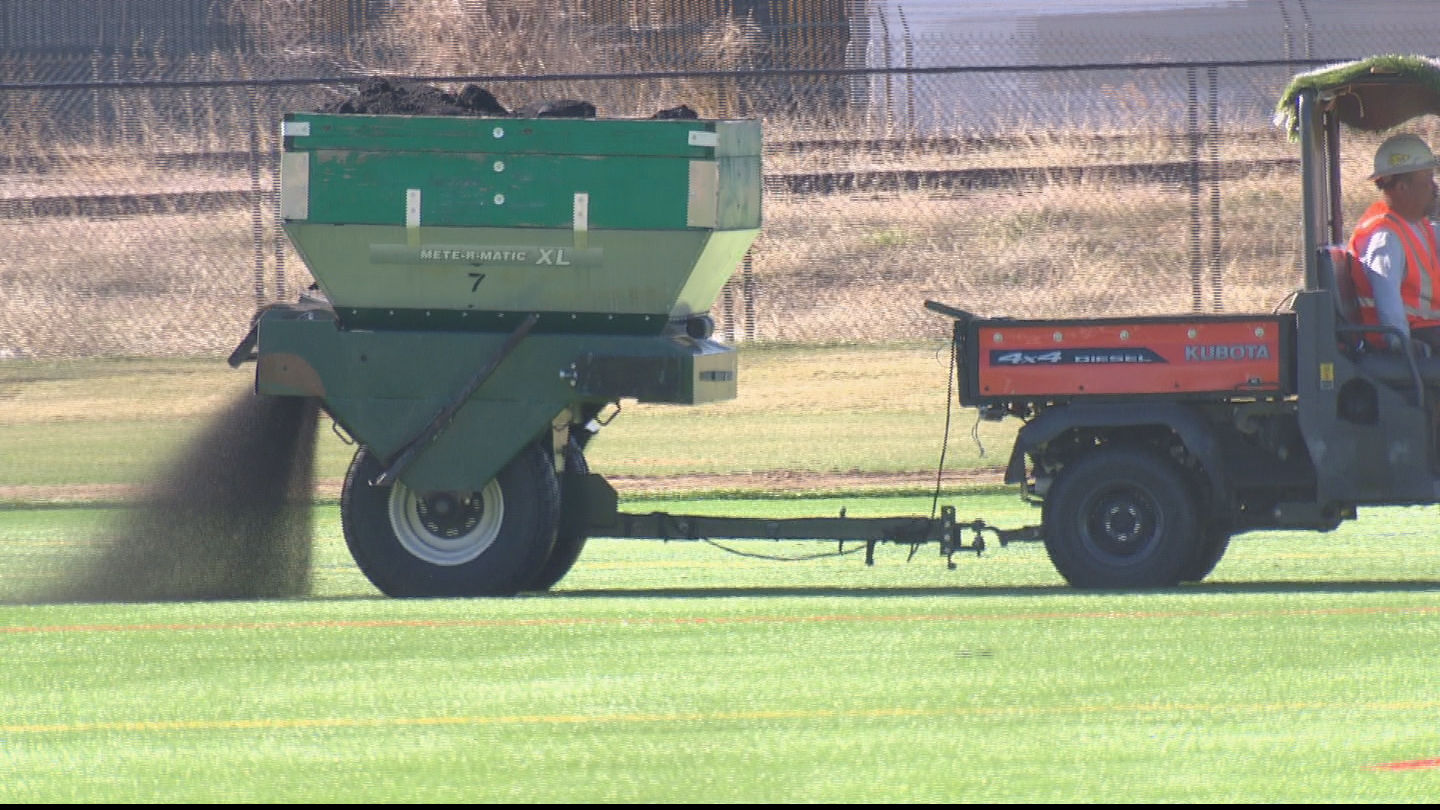 Jewell said he believes, "all of the synthetic fields are safe."

Meantime, school districts like DPS will continue to monitor the EPA's study.

"If the information comes back that there is a definitive link, then I can guarantee you that Denver Public Schools will get rid of these fields," said Jones, who in a later email said DPS would consider alternative turf products when it was time to replace existing crumb rubber fields, which typically last about 10 years.

Faye Walker is now a Junior at the University of Colorado in Boulder, celebrating three years in remission from cancer. She has a survivor's scar on her chest from where a surgeon removed her tumor. She's currently working in a cancer research lab and starting to play soccer again, but only on grass fields.

"If there is even the slightest possibility that crumb rubber is contributing to these kids' cancers you have to avoid it," she said.

The Synthetic Turf Council says its products are safe and cites "More than 50 independent and credible studies from groups such as the U.S. Consumer Product Safety Commission, and statewide governmental agencies such as the New York State Department of Environmental Conservation, New York State Department of Health and the California Environmental Protection Agency, have validated the safety of synthetic turf (see Synthetic Turf Council Position Statements to learn more).