ARVADA, Colo. (CBS4) - Testing is underway for the commuter rail line that runs just north of Interstate 70. The G Line runs from Union Station north near Pecos Street, then west through Arvada and Wheat Ridge. 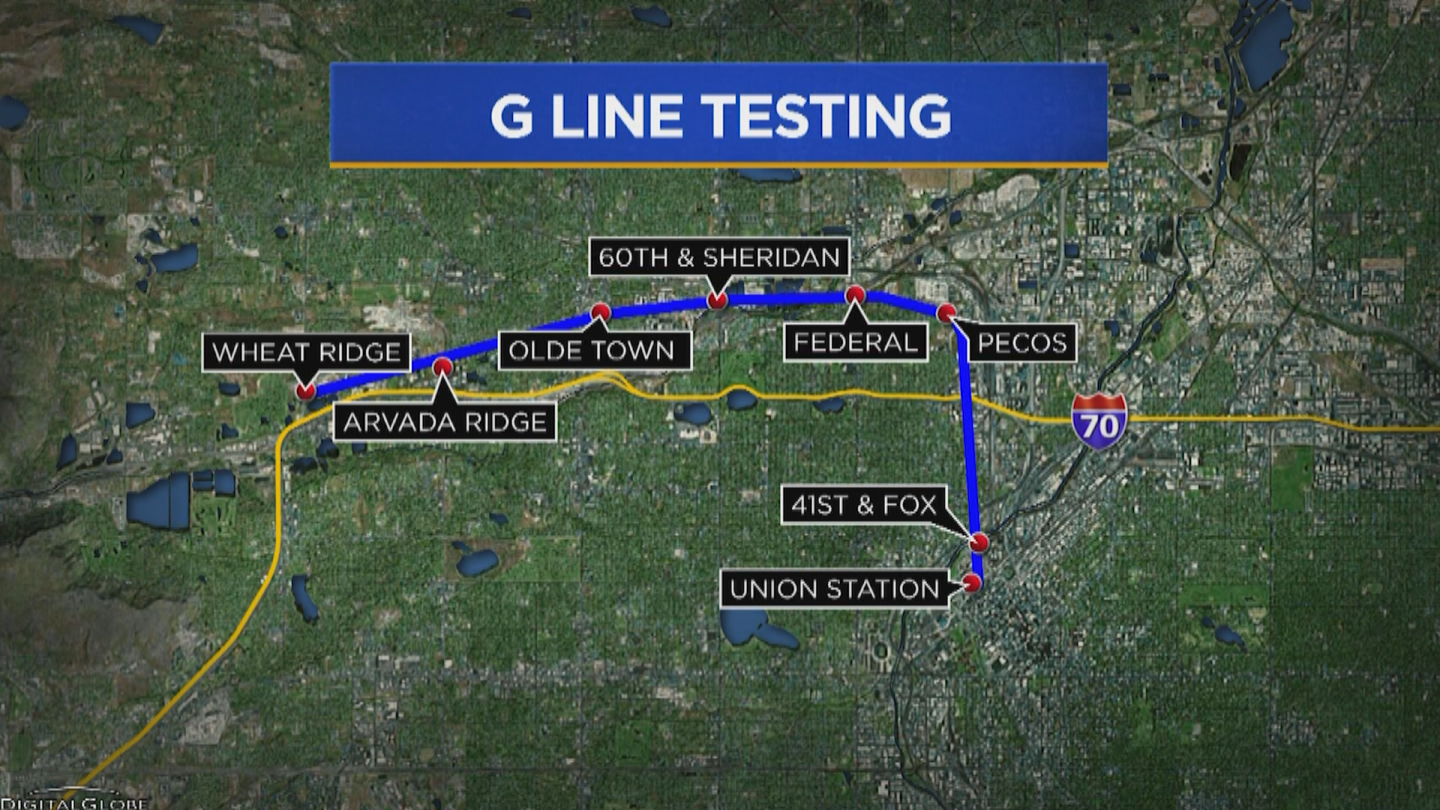 The first tests began Wednesday morning, and RTD is going ahead with them despite the fact that communities along the tracks haven't gotten quiet zones ready. Without that, train operators are having to sound their horns at all hours of the day.

Sadie Hruby works in a salon in Arvada just feet from where the new G Line will run. She told CBS4 the daily horns from other trains that pass through can feel like an earthquake.

"It was so noisy it would shake the building. If you had something on the shelf it would fall off," she said.

RTD says the G Line trains will have to blow their horns along the densely residential line through most or all of the testing period, which doesn't have a definitive end date at this point.

"It will be annoying. I'll be hearing it in my sleep," Hruby said.

The opening of the commuter rail line has been delayed multiple times due to a problem that lies with brand new technology. The system, which is the first of its kind in the nation, times out the openings and closings of the gates at street crossings. Right now the system doesn't meet federal regulations.

"We've gotten to the place where we feel like the way we read it, it's meeting the safety standards that they've set," said RTD spokesman Nate Currey. "They're still working that out on their end so we're just waiting to hear back from them."

RTD's A Line from Union Station to Denver International Airport has the same new technology and has a waiver to carry passengers despite the lack of regulatory approval. Such a waiver isn't being granted for the G Line.

That's not the only hurdle. Denver Transit Partners, the company hired to work on the G Line, wrote to RTD saying it wants to renegotiate its contract. It says essentially it is tired of getting fined for problems that are out of its control.

"Old town Arvada is incredibly cute, so we thought 'Why not live there with the G Line opening up?' Last fall we started planning this and then it didn't open up and it didn't open up," she said. "And so when it came down to it, two months away from moving we were like 'Well, we're going to have to look somewhere else because it's not open yet."

The woman wound up moving to a home in Englewood.