GOLDEN, Colo. (CBS4) - Jefferson County Open Space announced Monday it will designate some stretches of trails as "bike only" in a pilot program to avoid issues between hikers and people riding bikes in the same space.

"Just the speeds that bikes hit both downhill and usually going a little faster uphill, you don't want get on people and injure them," said Jared Cooper, a mountain bike owner visiting White Ranch Park. "So yeah I think it's a great idea." 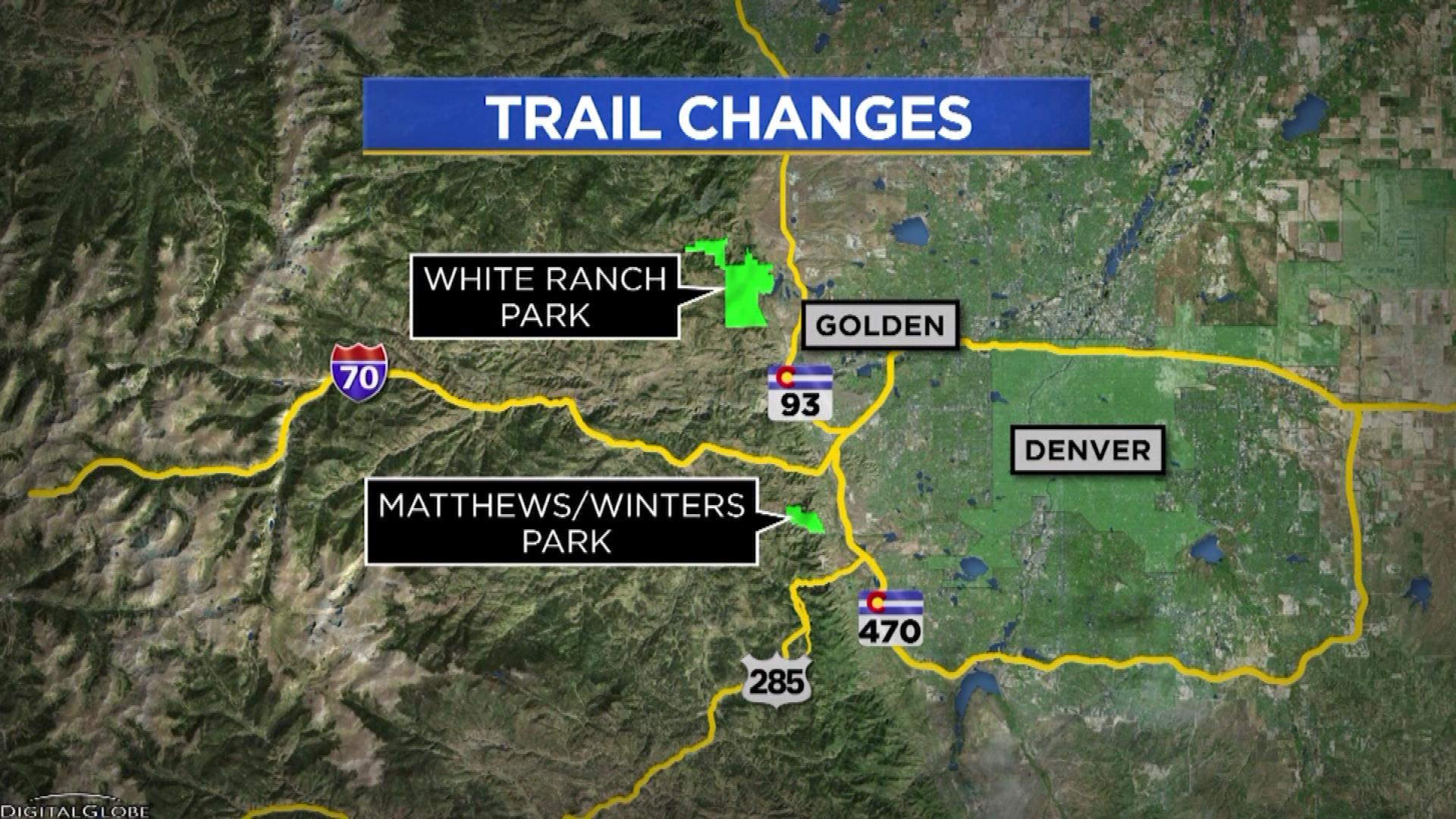 A segment of the Longhorn Trail at the park will be one way and bike only starting on June 18. (See the county's new map showing the change.) The portion will be 0.9 miles and there will be another route, a longer loop, for hikers to reach the same destination as those on the bike only trail.

The southernmost section of the Dakota Ridge Trail at Matthews/Winters Park will also be designated as bike only for two miles starting Aug. 1. Traveling the trail in a clockwise direction is recommended, staff with Jefferson County Open Space said.

Jefferson County hosts 6.9 million visitors a year over 48,000 acres of land. The new bike only trails all together are almost three miles but the county already has 16 miles designated for hikers only among the 252 total miles, according to Foster.

"Where the trail patterns would permit that, that's a clearly a good way to go, I think," said Bill Ebeling, hiking at White Ranch Park on Monday.

A citizen survey in 2011 found that 58 percent of respondents were in favor of assigning trails for a single type of use, according to the county. Foster says their data along with additional feedback they've received identified that first bike only trail as a route heavily used by those pedaling through the park.

"This particular section of Longhorn Trail is very, very steep, and very, very popular with the mountain bike community," he said.

People along the trail admitted it can be difficult to share that space with someone else and that often times it is necessary for both those on a bike and others on foot to be courteous. Jefferson County plans to evaluate the trail conditions before this yearlong pilot program, during it, as well as after it is completed. Visitor surveys will also be conducted along the path of these changes and at trailheads.

"Some are wonderful people to share the trail with it," said Ebeling. "They're polite, very conscious of who else is there."

County staff say even with the plan to separate visitors on certain stretches of these trails, people should remember how to help everyone enjoy these open spaces.

"We ask mountain bikers to yield to hikers, to help reduce conflict," said Foster. "We also ask our hikers to have their dogs on a leash, so the dog is under control at all times."

In the past, Jefferson County has alternated the use of trails for either bikes or hikers depending on the day. Staff say that is a difficult policy to enforce and they often received complaints of both bicyclists and hikers violating the rules along those trails. Those that enjoy the trail on a bike admit they come back to this spot or other trails as a hiker and understand their experience as well.

"You've got to be nice to everybody, that's what being outdoors and being in Colorado is all about it," said Cooper.