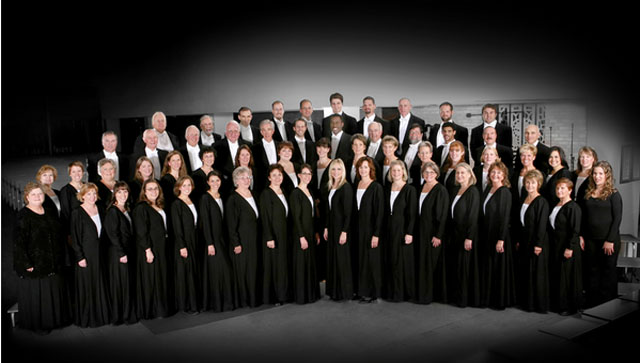 One of the world's most classic and traditional celebrations of music comes from the pure and refined vocal piercings of chorale and a cappella groups. Denver is privileged to have some of the finest groups in the nation, who are invited to tour internationally. If you are looking for a time-tested and refreshing musical change of pace this spring, why not check out some of the most talented performers in Denver?

Established in 1976, this veteran choir is one of Denver's most established vocal groups. The Colorado Choir regularly performs alongside the Denver Symphony Orchestra and has sung the "National Anthem" at Denver Bronco and Colorado Rockies games. The choir is comprised of adults of any vocal range and auditions are held annually in August and September. The group's concert season is in full swing running through May of this year. You can catch the group for its spring concert, which opens Friday, May 3.

The 5280 A Cappella group is an eclectic mix of singers that perform an even wider range of music, spanning from jazz to gospel, folk,  rock and doo wap. Formed in 2005, the energetic and ambitious group pooled together its collective experience and talent to perform, write and collaborate. In 2012, the group was named Champions of the First Annual Rocky Mountain A Cappella Sing Off. Writing and performing their original arrangements in addition to a very diverse catalog of songs makes this one of Denver's most varied and unusual choral groups. Check the website for a complete list of upcoming performances.

Formed in 2011, this Denver vocal group hit its stride early, making the cast for season three of  "The Sing Off." Urban Method's fresh blend of hip hop and traditional a cappella pushed it into the finals of the show and gave the group exposure as well as the challenge to continue to refine their craft. Credited for the creation of what is now called "Rap A Pella" or "Hip Hop A Pella," Urban Method is also proficient in performing many other genres such as country, R&B and rock. For upcoming shows, check the website. This is definitely a group on the rise in Denver and on the national stage.

Led by conductor Richard Larson, Kantorei is indisputably one of Denver's leading choral and a cappella groups. Formed in 1997 by six friends, the group has flourished and expanded its horizons dramatically in the last 15 years. Kantorei frequently performs throughout Denver and parts of eastern Colorado and has even embarked on two international tours. The next scheduled performances are May 5 in Westcliffe Colorado and May 17 and 18 at Saint John's Cathedral.

For more than three decades, the Colorado Children's Chorale has trained 500 children ages seven to 14 of all ethnicities and socioeconomic backgrounds to perform locally as well as around the world. Under the artistic direction of Deborah DeSantis and executive direction of Diane Newcom, the Chorale stages a diverse and innovative repertoire that ranges from traditional opera to musical theater and choral compositions. The group performs by invitation only all over the state, nation and world when given the opportunity. Upcoming performances include the Spring Chorale taking place at the Boettcher Concert Hall on April 20 as well as other performances listed on the website through May. Auditions are held annually in June and July for the following year's concert season. You may also check the website for complete audition information.

Marian is a freelance writer with a passion for music, entertainment and nightlife. She writes regularly on assignment for Examiner.com as their Pop Music Journalist. You can view her page here.