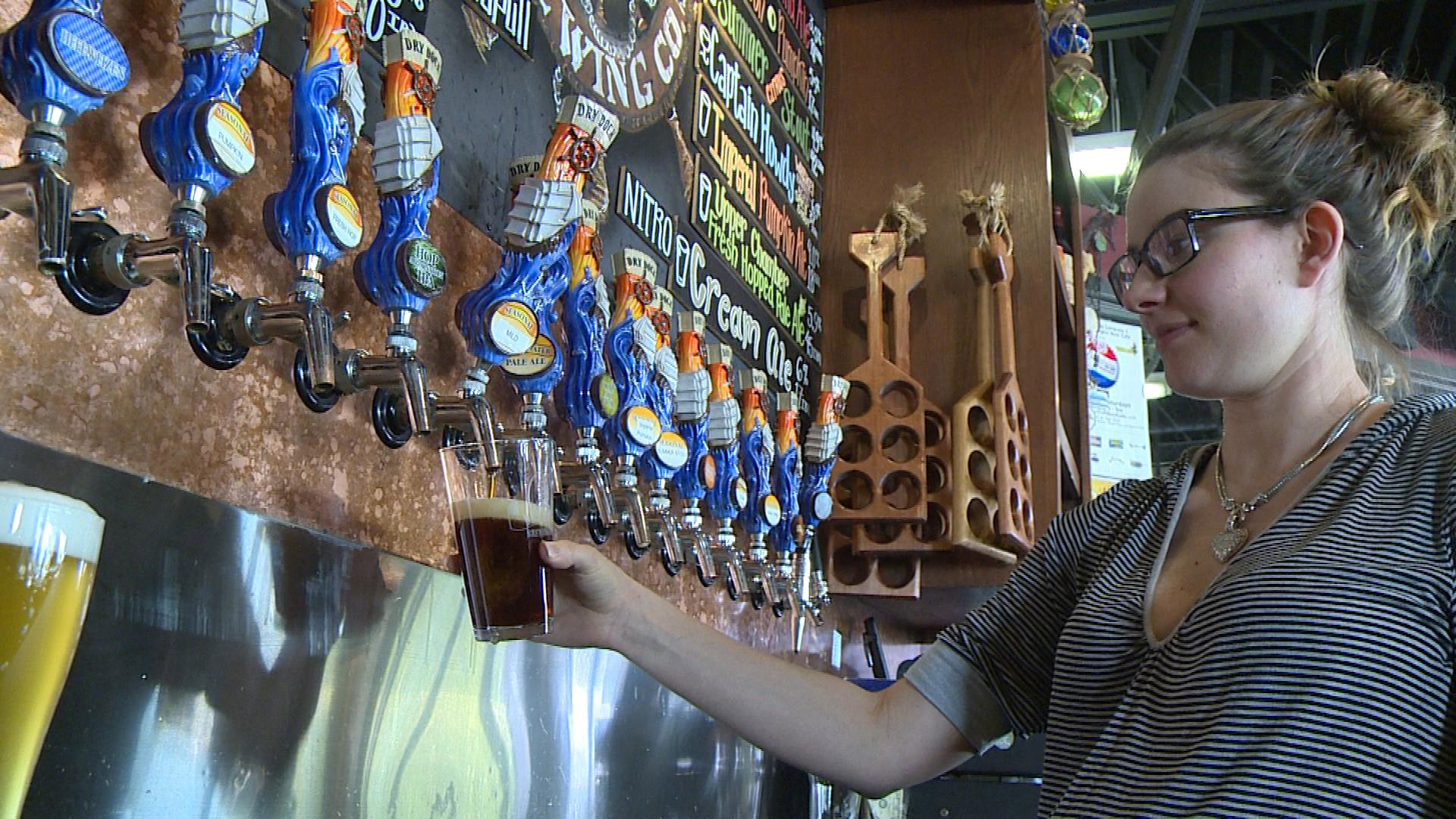 Denver, and Colorado in general, has become the hub for everything beer. With dozens of breweries, from large to small, it is quite possible to navigate the city only drinking locally brewed beers. Whether you're looking for an intimate tap room experience, or a full-fledged dinner with drinks, there is a plethora of options. Below is a list of several of the top microbreweries in the metro Denver area.

Breckenridge Brewery
471 Kalamath St.
Denver, CO 80204
(303) 573-0431
www.breckbrew.com
Though, as the name implies, Breckenridge Brewery was founded in Breckenridge; it also has a hopping (pun intended) tasting room and bar/restaurant in Denver. The tasting room is attached to the main production facility in the Golden Triangle district and has everything anyone could want from a bar: great beer and good food. Breckenridge's Vanilla Porter is a favorite of many as well as the sweet Agave Wheat. Though there are many choices for craft beer in Colorado, Breckenridge is one that almost everyone loves.

Denver's RiNo (River North) neighborhood, located west of downtown, has become one of the more happening spots in the Mile High City, especially for beer connoisseurs. Denver Beer Co. has a simple name but its brews are tasty, sometimes complicated hand-crafted goodness. The seasonal menu is always changing, and it's rare to see the same batch on the menu for more than a week, however there are a few fan favorites that make repeat appearances. One of the more unusual and favorite craft brews include the Graham Cracker Porter, which is as adventurous as it sounds.

What once started as a strip mall home brew supply store has now become one of Colorado's most celebrated breweries. As Aurora's only brewery, Dry Dock has quite the cult following, for good reason. Several of the microbrews have gone on to win big time awards and accolades. Even though the brewery expanded, it's still considered pretty small scale. The Amber Ale, Apricot Blonde and Hefeweizen are fan favorites, but stop by the tap house on Firken Friday to sample a tiny batch or an unusual brew.

Great Divide is another award-winning brewery with as many accolades as it has brews, almost. Although its beers can be found just about anywhere in town, a stop at the tap room proves worthwhile to grab a taste of something more unique. Great Divide doesn't serve food in its tap room but there are a decadent variety of food trucks that park outside to serve the hungry drinkers. After sampling the wares, take home a six-pack, 12-pack, bomber or growler so you can enjoy a great beer at home.

Vine Street is opened in Denver in 2008 but its oldest sister in Boulder has been around for more than two decades. Vine Street's tap room is almost as captivating as the brews themselves. With a quirky atmosphere and impeccable food, people may come for the beer but end up becoming regulars. The Blackberry Wheat is a fresh, fruity take on a typical wheat beer.